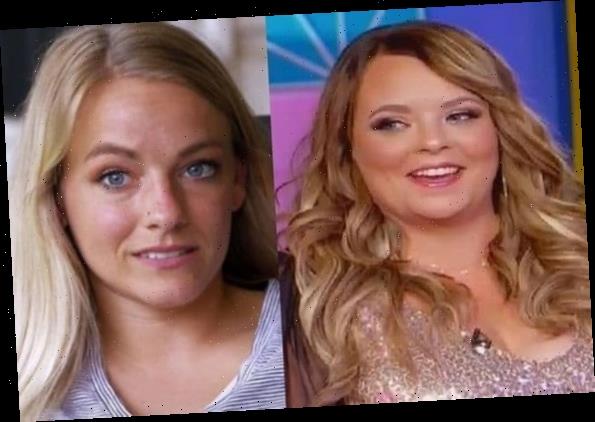 Back in December, Teen Mom OG fans were stunned by the news that Catelynn Lowell had suffered a miscarriage.

Catelynn shared the news with fans — who were not even aware that she had been pregnant — with an Instagram post.

“I WAS Pregnant and excited to share it with all of you and I am heartbroken to reveal that I lost the baby,” Lowell wrote.

“We are all in this together and everyone experiences pain, loss, and the recovery from it and I am still in the thick of dealing with this loss as it was recent and all the emotional trauma that follows such a loss in an already horrifically hard year,” she continued.

“Thank you in advance for your prayers, love, and support.”

Fans, of course, were quick to offer their condolences in the comments section of Lowell’s post.

Unfortunately, she didn’t receive much in the way of “prayers, love, and support” from her longtime co-stars.

“Cheyenne is the only one that ever reached out to me,” Cate recently told Us Weekly, referring to one of newer castmates, Cheyenne Floyd.

“She was like, ‘I’m so sorry. How are you doing? I’m here to talk,’ and we would message back and forth. For her to just ask, ‘Are you OK?’ I was like, ‘Wow.’ … I just let her know how important that was to me that she really reached out just to see how I was doing.”

“I want to take a moment to thank you so much for being a great friend,” Lowell captioned the photo.

“For reaching out to make sure I was OK when one of the hardest things happened to me! When I first met you when they brought you on the show I knew you and I would get along! So glad to have you a part of our crew.”

Lowell told Us that her other co-stars’ failure to reach out did “bug” her, as she feels as though she’s reached out to them “when they’re going through things.”

“I try to be there, but I also have to have that mindset that everybody is not going to do what I would do,” Cate said.

Now, one of those castmates is speaking out in her own self-defense and claiming that it’s not her fault that she didn’t react to the news.

“I literally had no clue,” Mackenzie McKee said in a recent interview with The Ashley’s Reality Roundup.

“I wasn’t even filming at the time and was pretty sad that MTV didn’t tell me. It’s a big deal,” she continued.

“I don’t read the tabloids, for my own sake, and there are so many false rumors that come out; I could have easily thought it was just another clickbait even if I did see it. I did reach out [to Catelynn later] and apologize.”

In fairness to Mackenzie, Catelynn did share the news of her miscarriage in the form of a paid link to a gossip site.

Last year, McKee lost her mother following a lengthy battle with cancer, and she says that Catelynn and husband Tyler Baltierra were among the first to reach out to her.

“I truly felt horrible,” Mackenzie said, of her own failure to return the favor.

“Thankfully she is a very understanding human with a huge heart,” she added.

“Her and Tyler sent me several items when my mom passed.”

Well, hopefully, Catelynn understands that there’s a lot of news out there these days — and since so much of it is BS, it’s not easy to decide which items deserve a response.