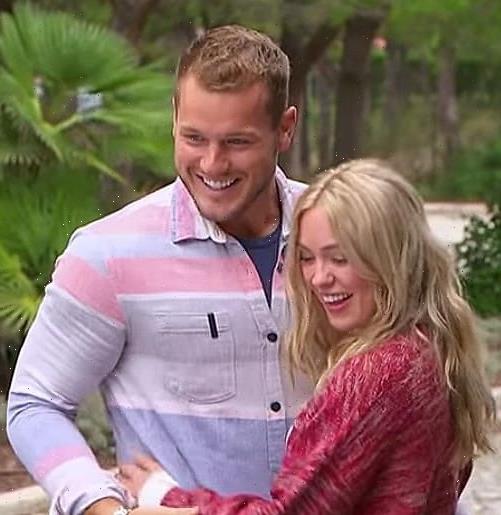 Earlier this week, Colton Underwood came out as gay.

The announcement took place during an interview with Good Morning America and it may not have come as a complete shock to anyone familiar with Colton’s background, and yet…

… this was a former Bachelor lead coming out as gay.

It was considered a big deal to all followers and residents of Bachelor Nation, many of whom have reached out and showered Underwood with support.

Except for Cassie Randolph.

As of this writing, we have not heard from the Season 23 champion and the woman who dated Underwood forr nearly two years.

What must she be thinking right now???

According to an Us Weekly insider…

“She was not made aware in advance that he was going to be on GMA doing a tell-all. To be honest, she hasn’t really had time to navigate how she feels about it yet.”

Underwood opened up to Robin Roberts on this week about his struggles with his sexuality, explaining he’s known he was “different” since he was 6 years old.

But that didn’t mean he was fully prepared to understand or acknowledge this key aspect of himself. Not until now, at least.

“I couldn’t process it and I couldn’t put my finger on what it was until high school, my freshman year when I knew I was gay,” Underwood told Roberts.

“By that time, I had already grown up in the Catholic Church, I had gone to Catholic grade school. I had learned in the Bible that [being] gay is a sin.”

Colton was named the Bachelor in 2018 after he competed on season 14 of The Bachelorette and also season 5 of Bachelor in Paradise.

During his March 2019 finale, he pleaded with Randolph not to quit the series and the twosome subsequently started dating pretty seriously.

The duo called it quits for good in May 2020, after whiich Cassie took out a restraining order against Underwood after he allegedly placed a tracking device on her car — and basically refused to leave her alone.

Underwood released a memoir during this time and was accused by his ex of trying to monetize their past romance.

In this book, Colton talked about his feelings and his confusion in high school, admitting that he even Googled the question “Am I Gay?” at one point because he just had no interest in women at the time.

He then entered The Bachelor as a virgin.

“Their relationship was very real to her and they were both in love at one point in time,” an E! News insider adds of Cassie. “It’s a lot to take in.”

For his part, Colton says he felt the same way.

“I’d like to say sorry for how things ended. I messed up. I made a lot of bad choices,” the 29-year-old Bachelor star told Roberts, adding that his love for Cassie made things “more confusing” for him.

“I would just say that I’m sorry from the bottom of my heart,” he added. “I wish that it wouldn’t have happened the way that it did.”

Perhaps we’ll hear from Cassie on this subject one day.

For now, though, we understand her silence.

He’s developing a reality show for Netflix and may even anchor a gay version of The Bachelor someday. How cool would that be?!?