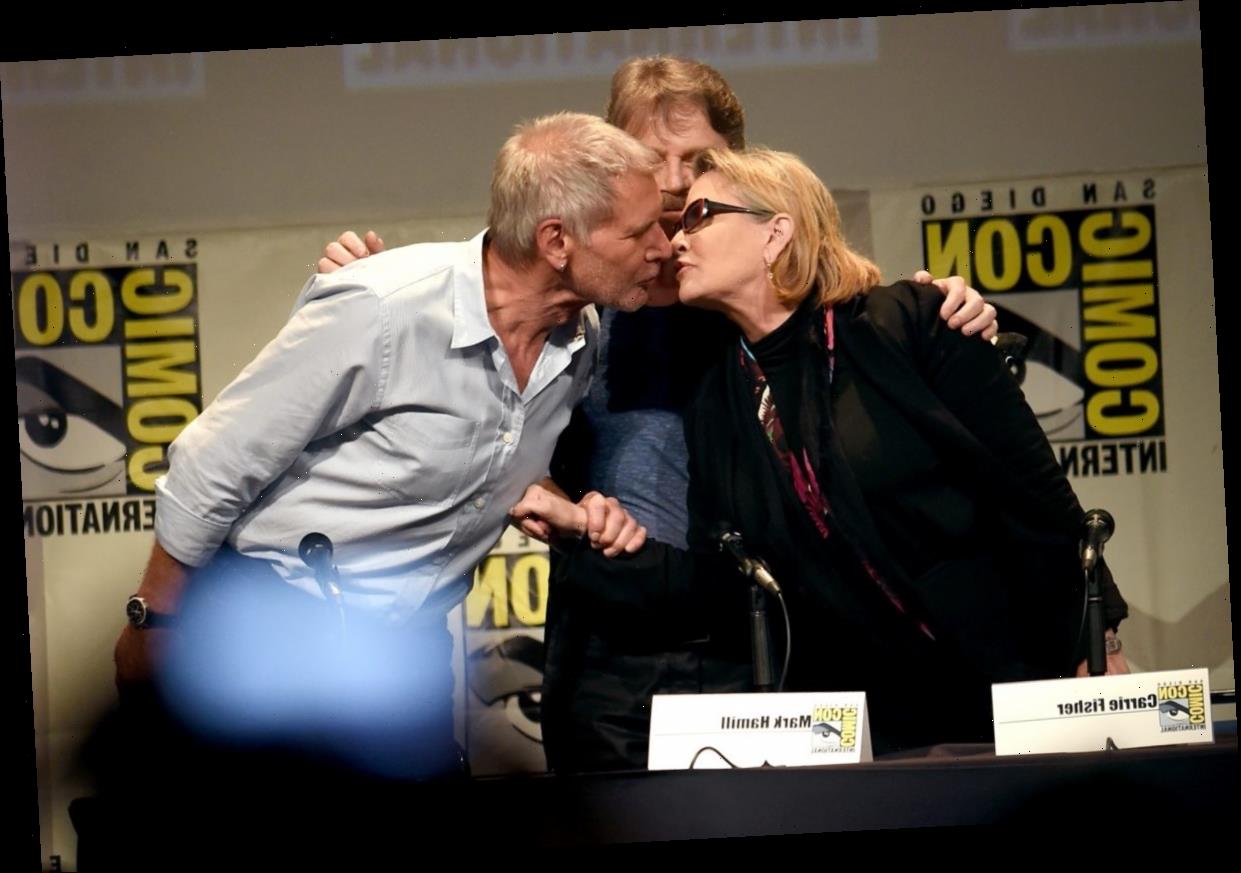 Carrie Fisher and Harrison Ford had an affair in the late 1970s. The sexual relationship occurred while the actors filmed their first Star Wars movie. Decades after they split, Fisher released a memoir about her secret fling with Ford.

In her book, The Princess Diarist, Fisher detailed how Ford treated her during their romance.

Carrie Fisher was inexperienced during the affair

Although she grew up in Hollywood as Eddie Fisher and Debbie Reynolds’s daughter, Star Wars was Fisher’s big break. George Lucas picked Fisher to play Princess Leia in Star Wars: Episode IV – A New Hope. The film caused Fisher to go on location in London. It was there that she met Ford for the first time. Before Star Wars, Ford had already appeared in several movies and TV shows. The actor was also 34 and married with two children. However, Fisher was 19 and only had one romantic relationship under her belt, per Radar Online.

In The Princess Diarist, Fisher described the affair with Ford in detail. While shooting the first Star Wars, Fisher wrote about her feelings for Ford in a journal. Fisher shared in the book that she was shocked when Ford initiated their casual relationship.

“One of the things I knew when Harrison and I met was that nothing of a romantic nature would happen,” she wrote. “It wasn’t even an issue. There were plenty of guys out there who were single whom I could date without needing to dip into the married guy pool. He was also far too old for me- almost fifteen years older!”

“He was just so far out of my league,” she continued. “Compared to him, I didn’t even have an actual verifiable league. We were destined for different places.”

According to Fisher’s memoir, the affair with Ford began at Lucas’ party in London. She wrote that Ford whisked Fisher away from a pub where she had too many drinks. Once they exited the bar, Ford kissed Fisher in the back of his car. The kiss resulted in what Fisher described as a “three-month one-night stand.”

As the liaison between Fisher and Ford continued, she said the relationship became mostly physical. She described Ford as “cold” and “distant” during their romance. Fisher also shared that her lover criticized her kissing skills early into the relationship.

“Harrison and I spent quite a lot of time kissing,” Fisher wrote. “Later, Harrison informed me what a bad kisser I actually was then. Not that he knows (or anyone knows) what kind of a kisser I am—it’s a secret. The remark would probably sting a bit even six thousand years after the event. But I wonder about it now.”

Fisher and Ford ended their affair before their first Star Wars movie premiered. Throughout the years, the co-stars remained friendly and worked together on the Star Wars sequels. Ford eventually divorced his first wife, Mary Marquardt. In 2010, he married Ally McBeal star, Calista Flockhart.

Although they both moved on, Fisher admitted that she had hope for “Carrison.” In her memoir, she explained that she imagined them being together 40 years after their romance.

One month after she released The Princess Diarist, Fisher died in December 2016.