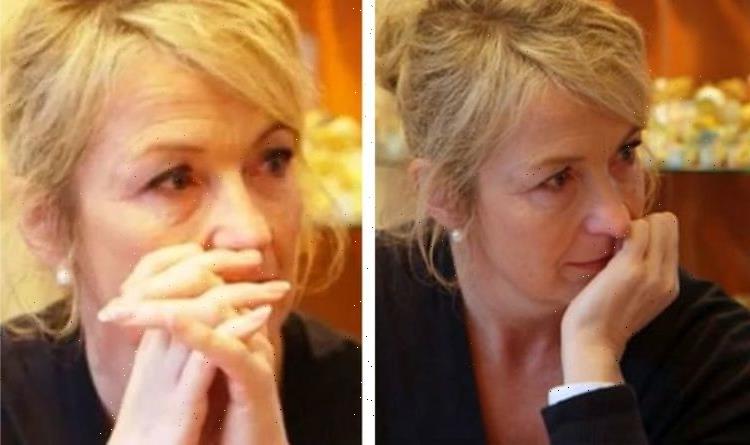 59-year-old Carol Kirkwood, a BBC weather presenter, once had a working relationship with Maxine, who previously presented for the 24-hour BBC News channel. She was quick to take to Twitter and offer her condolences.

Sending you all much love at this sad time

“Some personal news,” a devastated Maxine shared with her over 10,000 followers.

“I lost my beautiful mum Marie on Friday. I was at her side.

“She was a support and inspiration all my life.

“We are heartbroken and will miss her terribly.”

Maxine had been one of the key reporters on Princess Diana’s death, elaborating on how the sad news would affect sons Prince William and Prince Harry – and now she is enduring the loss of her own mother.

Supportive Carol, who has 215,000 followers on the site, retweeted her words, which were illustrated with an image of the pair together.

Maxine, an award-winning journalist originally from Belfast, has now suffered yet another loss in her family, following the deaths of her sister and step-father to cancer.

Her close relationship with her mum had been invaluable to her over the years, especially when she first landed a job at Reuters as news editor for Asia.

The job had meant long hours and a hectic travel schedule on top of taking care of her young children – implausible without any help.

However, her mum stepped in to save the day.

“I was very lucky in that… that my mum would come a lot with me wherever I was,” Maxine had told the Belfast Telegraph.

“It was [in an era] when not a lot of women were doing this.”

Maxine previously reported on some major stories, including the famous OJ Simpson trial, which divided the Kardashian family at the time and saw various members taking different sides, as the late Robert Kardashian was part of the former sportsman’s defence team.

Everyone from pop stars and sport stars, to presidents and prime ministers have been on Maxine’s radar.

She has also appeared as a newsreader in films including The Queen, starring Helen Mirren.

This isn’t the first time Carol has felt compelled to support one of her colleagues in a crisis.

Last year, one co-worker had “cried in her car”, feeling devastated that she could not return to her native Poland after coronavirus restrictions placed it on the quarantine list.

“I should be going home to Poland,” TV journalist Marta Newman had written. “I should be spending time with my mum. I won’t be doing either of those things.”

“Oh Marta… sending you so much [love],” Carol had written, alongside a series of love heart emojis.

In an era marred by tragedies, Carol seems to have remained strong and supportive to those who need her.