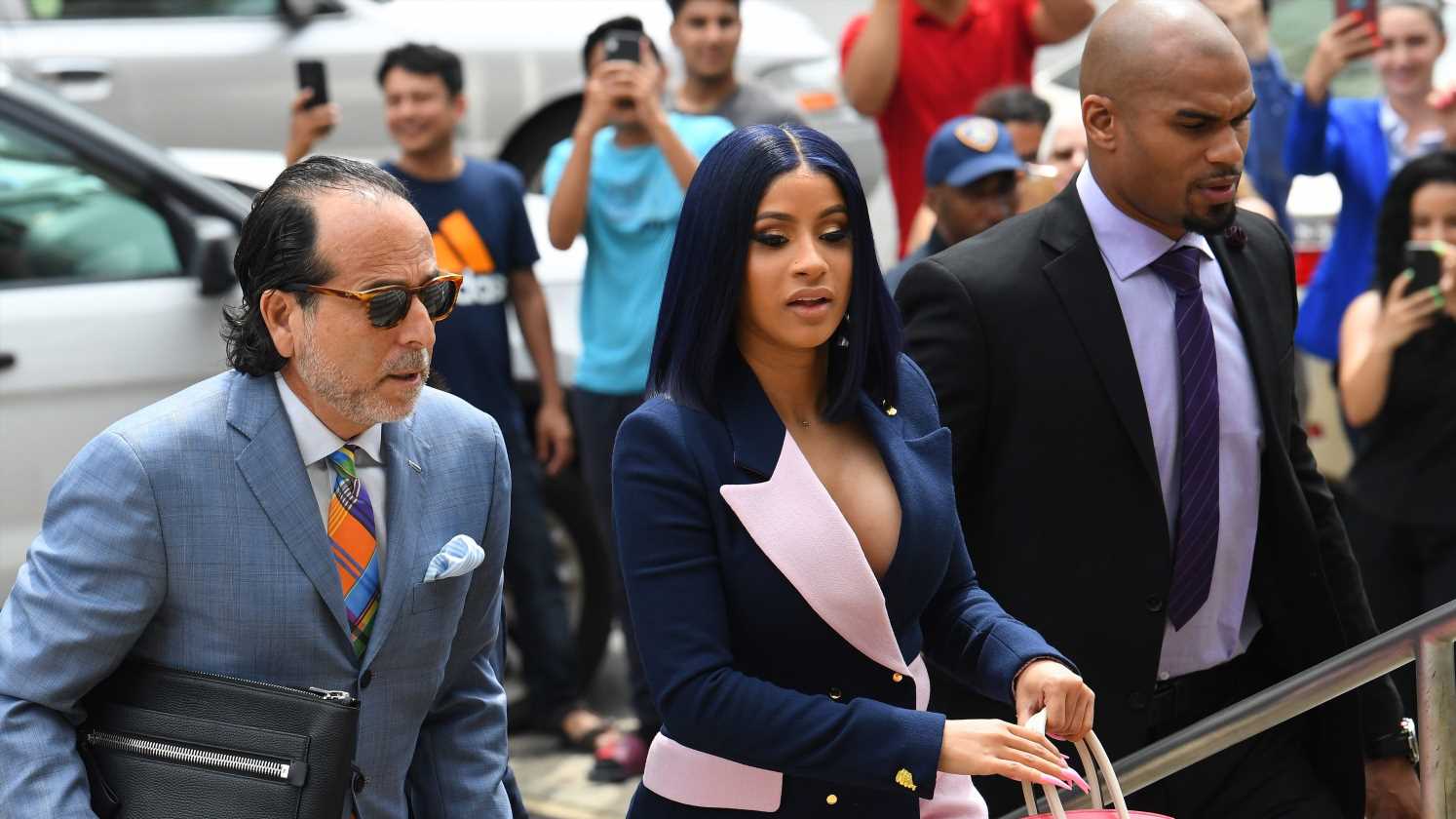 Grammy-winning rapper Cardi B pleaded not guilty Tuesday in New York on multiple charges connected to a brawl in a Queens strip club last summer, the Associated Press reported.

“Not guilty sir, honor,” she said, leaning into the microphone wearing a navy blue pant suit with powder pink lapels and matching nails.

The rapper appeared at a Queens courthouse in front of Judge Joseph Zayas, where the specifics of the dozen counts against her were detailed. Her next court date will not be set until September, according to the Queens District Attorney’s Office.

In the meantime, Cardi B was released on her own recognizance. If convicted, she could face up to four years in prison.

The indictment by a grand jury, filed on Friday, charged Cardi B with two counts of felony attempted assault and various lesser charges in connection with an early-morning brawl at the Angels Gentlemen’s Club in Queens last August.

Grammy-winning rapper Cardi B arrives for arraignment at Queens Supreme Court on June 25, 2019. She is charged with felony attempted assault and various lesser charges in connection with a fight last year at a Queens strip club. (Photo: Robert Deutsch/ USAT)

Police said she instigated the fight and an attack on two bartender sisters, and members of her entourage, some of whom are her co-defendants, carried it out. Police said a fight broke out in which chairs, bottles and hookah pipes were thrown, causing minor injuries to the bar employees.

The night after her indictment, at a Saturday concert in Los Angeles, she defiantly exclaimed to her fans, “I ain’t going to jail, I got a daughter!”

And on Sunday night, at the 2019 BET Awards, she made history as the first solo female rapper to win BET Album of the Year.

Cardi, whose real name is Belcalis Almanzar, has been in and out of court for months in connection with the charges, with her most recent appearance at the end of May after being charged with multiple counts of assault and reckless endangerment stemming from the strip club fight.

Cardi B accepts the BET Award for Album of the Year. (Photo: Kevin Winter, Getty Images)

In April, the “I Like It” singer rejected a plea offer that would have allowed her to plead guilty to one misdemeanor count and be released under certain conditions instead of serving jail time, according to the Queens District Attorney’s Office.

USA TODAY has reached out to Cardi B’s representatives for comment regarding Tuesday’s proceedings.