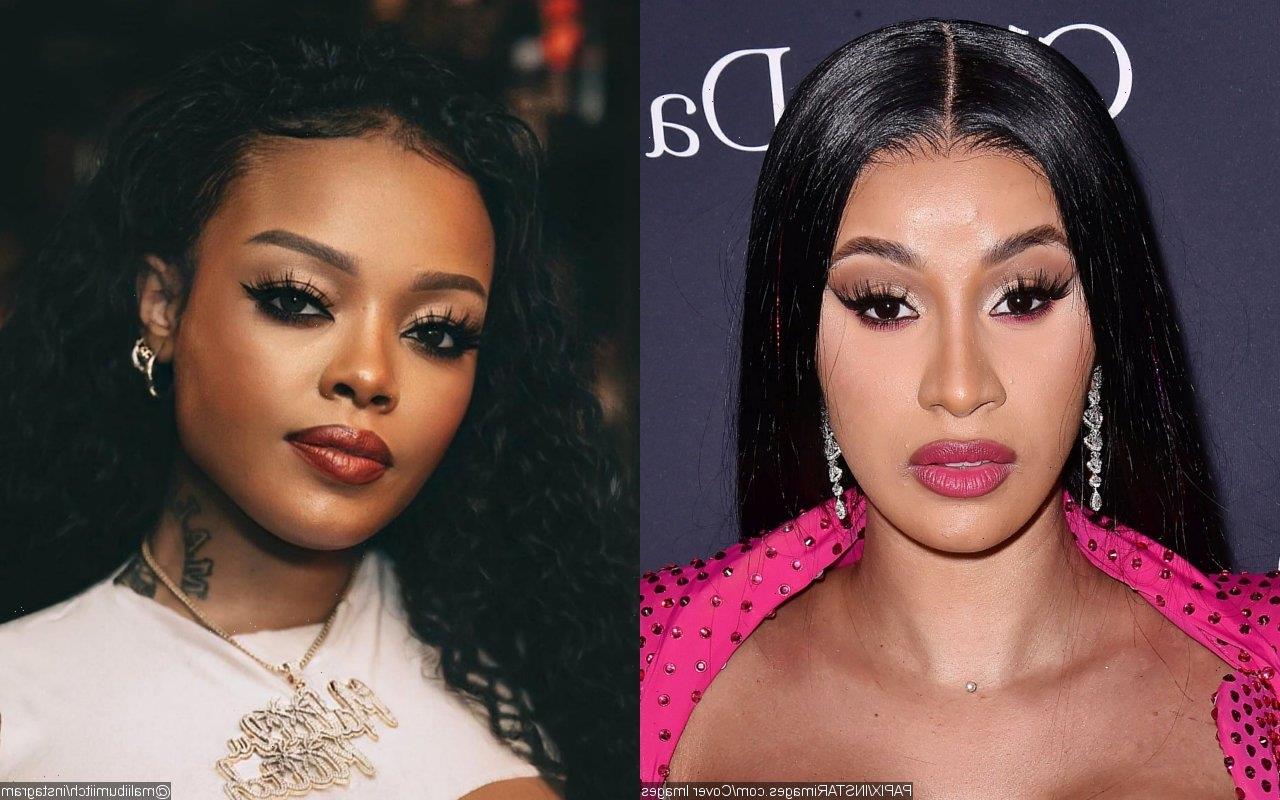 The ‘Bodak Yellow’ raptress debunks speculations that she tries to link up with Maliibu after sharing a clip of her allegedly waiting for Nicki Minaj’s collaborator at Highbridge in the Bronx.

AceShowbiz –Cardi B has set the record straight. The 29-year-old New York native has denied speculations that she and Maliibu Miitch, who’s Nicki Minaj‘s collaborator, pulled up on each other despite her cryptic social media posts.

On Tuesday, October 4, Cardi turned to Instagram Story to share a video of her showing her location at Highbridge, Bronx. “I’m around,” she wrote over the clip. Many social media users believed that she intentionally leaked her location so Maliibu, who sparked feud with Cardi, would know.

Less than an hour later, Maliibu posted an Instagram Story video that saw her in the Bronx, seemingly the same place where Cardi recorded her Story. Apparently, the rap artists didn’t cross paths.

Then Cardi’s location-tagging Story was reposted by The Neighborhood Talk on Instagram. In the comment section, one user commented, “Cardi I thought you said you were done with decisions like these after your recent court ruling. You’re a mom of two with a lot to lose. STOP! You’re not in the hood anymore. Act your tax bracket respectfully,” to which Cardi responded, “I went to the Bronx to get stew chicken from my auntie… I don’t know what you talking about babe.”

Prior to Cardi and Maliibu’s Stories, they were involved in heated exchanges on Twitter which stemmed from Cardi’s social media feud with JT. At first, the “Bodak Yellow” hitmaker retweeted Maliibu’s tweet that read, “Lolll not saddle up .. Imagine me being the retired gangsta I am saying ‘oh no someone talked about me now I have to go lay down a hot16 or oh no I was mentioned today let me go tweet my responses’ lmfaoo nah n***a now one of us gotta die [crying emojis] ya know I’m from the bronx right?”

Upon noticing it, Maliibu mentioned Cardi directly and wrote, “@iamcardib wassup? I’m not none of these b***hes we kan link off the internet.” Though the rappers were at the same place, they failed to link up.

“Waitin for only 1 hour & dipping is krazziii I hit her earlier she could have hit me with all the details & left it off the internet it be for show … a hour tho?” Maliibu tweeted. “I had to put my fightin clothes on & get there like damn give me a heads up gangsta.”

Upon learning of Maliibu’s tweets, Cardi sarcastically wrote, “I love time stamps [red heart emojis] very resourceful,” referring that she was at Highbridge for about an hour before Maliibu arrived at the same place the next 30 minutes later. 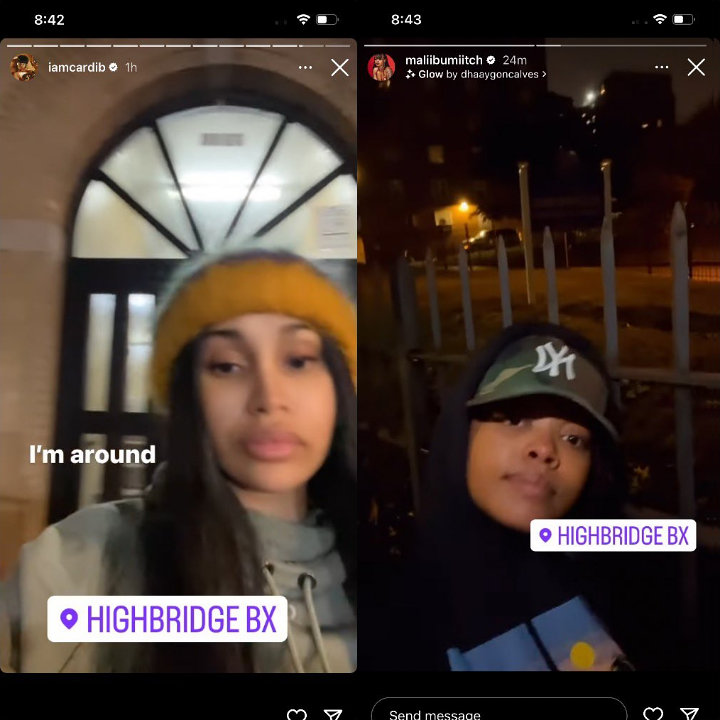 Joining the drama was Azealia Banks. Turning to Instagram Story, Azealia, who previously declared that Nicki is obsessed with Cardi, slammed the Trinidadian rapper as mostly her collaborators are coming at Cardi. “All you b***hes look stupid,” said the “212” spitter.