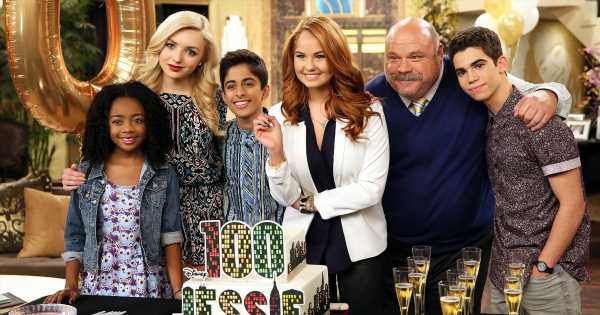 The 20-year-old actor passed away on Saturday after suffering a seizure in his sleep.

His family confirmed the seizure was the result of an “ongoing medical condition for which he was being treated”.

Social media has been awash with tributes to the young star, with Adam Sandler leading the way with a touching message of his own.

The Hollywood funnyman wrote: "Too young. Too sweet. Too funny. Just the nicest, most talented, and most decent kid around.

"Thank you, Cameron, for all you gave to us. So much more was on the way. All our hearts are broken. Thinking of your amazing family and sending our deepest condolences."

Cameron's TV co-star Debby Ryan has also broken her silence to honour the young actor, using his own words in her heartfelt tribute.

In the clip, the deceased star is heard saying: “It’s crazy, we can tweet whatever we want and we can use social media and Instagram, and make the world a better place instead of a worse one, which so many people use it for.

“We need to use our resources and what we have, we’re all in here in suits, and make the world a better place for other people, people who need us.”

She has since switched off all comments on her Instagram page after it was flooded with questions about her co-star.

Other Jessie cast members have also expressed their condolences and paid tribute to the actor.

Skai Jackson, 17, who played Luke’s sister Zuri on the show, shared multiple pictures and videos of Cameron to Instagram.

She wrote: “I don’t even know where to start… I am at a loss for words.

“I never thought in a million years I would be writing this. Cam, you were one of a kind. My heart will be forever broken.

“I am so happy that I got to spend almost everyday with you on set, you gave the best hugs.

“I wish I would have hugged you tighter when I saw you a couple of months ago.

“Thank you so much for being the big brother I never had… I am so distraught and I cannot stop crying! I love you so much… fly high…Gods best Angel.”

Actress Peyton List, who played Cameron’s other on-screen sibling Emma, paid her own tribute in a lengthy social media post.

She wrote: “Cameron, the boy whose contagious laugh I can still hear. The boy who left everyone feeling hopeful and full of love.

“He was younger than me but taught me how to spread love and kindness more than anyone that has ever been in my life.

“He lifted everyone around him, and inspired/pushed me to be a better person than I ever would've been without his guidance, patience and love. “I can barely see my eyes anymore from crying so hard.

“Cameron I love you with every ounce of me, and I thank you for the time I had with you, being in my life, and being my brother forever and always.

“There is a hole in my heart that will never heal left for you. I will never stop talking about you. My kids will hear about you with every lesson and your legacy will live on.