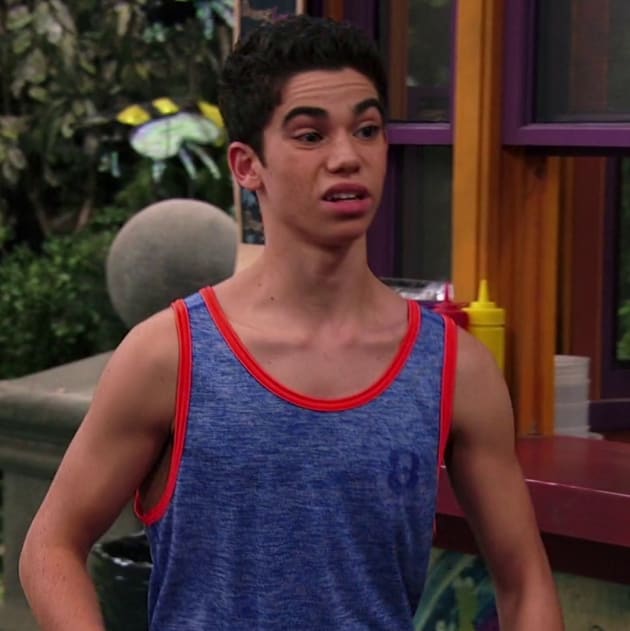 Tragic and shocking news today out of the television universe:

Cameron Boyce, a rising and popular actor best known for roles on Disney projects such as Descendants and Jessie, has been found dead.

According to a statement releasd by Boyce’s family, the actor passed away in his sleep after suffering a seizure.

This is what the 20-year old’s loved ones wrote in their heartfelt statement:

It is with a profoundly heavy heart that we report that this morning we lost Cameron.

The world is now undoubtedly without one of its brightest lights, but his spirit will live on through the kindness and compassion of all who knew and loved him.

We are utterly heartbroken and ask for privacy during this immensely difficult time as we grieve the loss of our precious son and brother.

Boyce had been acting since he was nine years old and was deeply involved in charity work.

In March of this year, he was actually introduced former Vice President Joe Biden at the Biden Courage Awards.

He was also honored with the Pioneering Spirit Award at last year’s Thirst Gala, sponsored by the Thirst Project, a nonprofit for which Boyce raised $30,000 to build wells for clean drinking water in Swaziland.

“We offer our deepest condolences to his family, castmates and colleagues and join his many millions of fans in grieving his untimely passing. He will be dearly missed,” a Disney Channel spokesperson said in response to the awful news.

After making his big screen debut in the film Mirrors, Boyce struck it big just two years later when he was cast as one of Adam Sandler’s children in the movie Grown Ups.

He went on to achieve Disney stardom as one of the leads in show Jessie.

Boyce starred as Luke Ross alongside the eponymous Jessie Prescott, played by Debby Ryan on a series that ran for four seasons and 98 episodes.

His role in the Descendants films, which led cable TV film ratings in 2015 and 2017, catapulted him to even greater heights.

Here is a promotional photo from that franchise:

Added Disney Channel in its message:

“From a young age, Cameron Boyce dreamed of sharing his extraordinary artistic talents with the world. As a young man, he was fueled by a strong desire to make a difference in peoples’ lives through his humanitarian work.

“He was an incredibly talented performer, a remarkably caring and thoughtful person and, above all else, he was a loving and dedicated son, brother, grandson and friend.”

Boyce, who had 8.1 million followers on Instagram, was next set to appear in the HBO shows Mrs. Fletcher.

We send our condolences to his friends, family members and loved ones.

May Cameron Boyce rest in peace.

Celebrities Who Died in 2019: In MemoriamStart Gallery