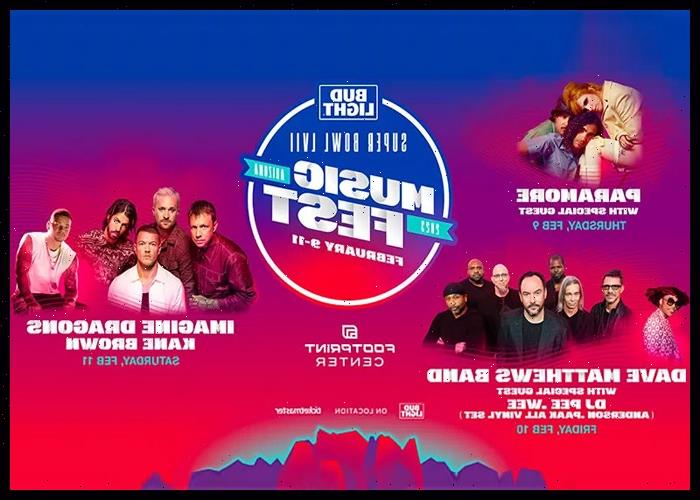 On Location and Bud Light have announced a star-studded lineup for the Bud Light Super Bowl Music Festival.

Celebrating its fourth year, the three-night festival is scheduled to take place from Thursday, February 9, to Saturday, February 11, at Footprint Center in Phoenix, Arizona.

Thursday night will kick off with Paramore and a special guest to be announced soon. It will be followed by Dave Matthews Band with a DJ set by DJ Pee .Wee (Anderson .Paak) on Friday. The three-night music festival concludes on Saturday night with Imagine Dragons and Kane Brown.

Tickets go on sale Friday, December 2, at 10 am local time via Ticketmaster.