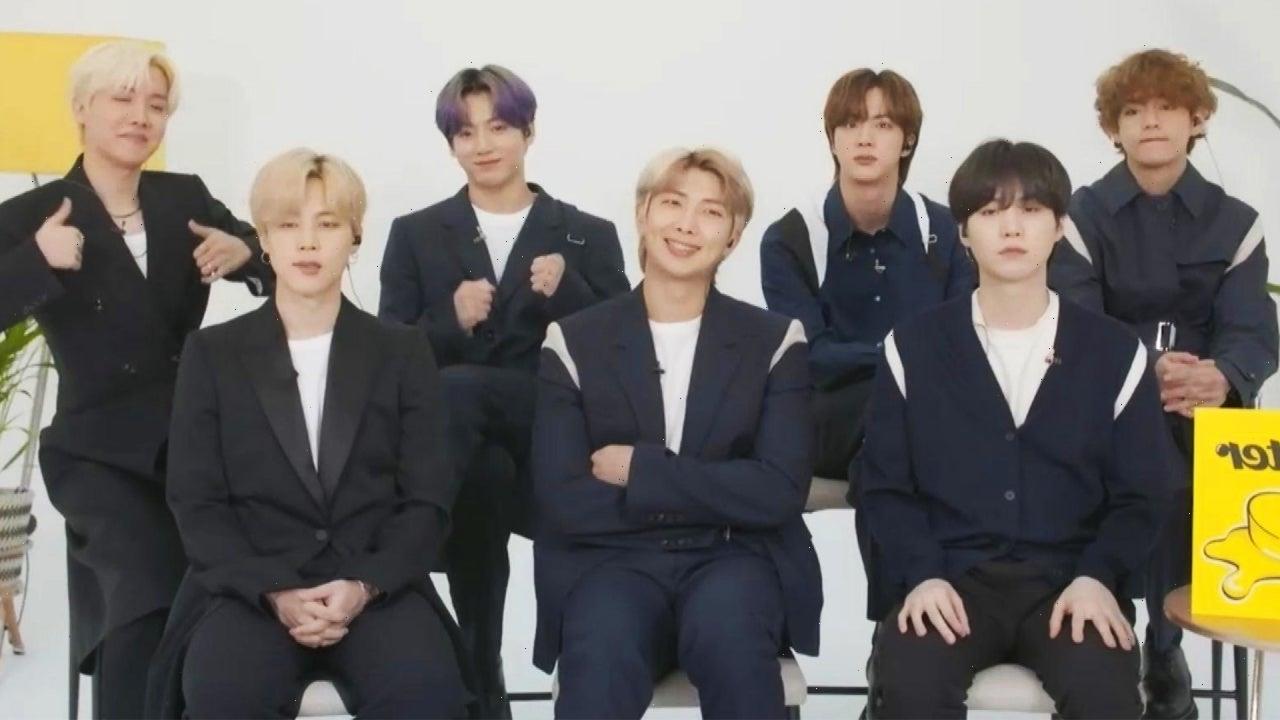 BTS is one of the biggest bands in the world — and they don’t take that lightly. In a new interview with ET’s Lauren Zima, the K-pop group opened up about staying humble amid their success, and using their platform to speak up about the issues that matter.

RM, Jin, Jimin, J-Hope, Jungkook, Suga and V shared a heartfelt message in March, taking a stand against the recent rise in hate crimes against Asian Americans and Pacific Islanders, and sharing their own experiences with racism.

“We are seeing, I am seeing, more and more people take that interest in these issues,” Jin told ET. “A lot of people are stepping up and trying to assist and spread awareness. So, we will work as hard as we can to have our voice heard as well and be a part of this.”

“It’s a great honor,” Jungkook said of BTS’ success — which earned them the cover of Rolling Stone. “I think it’s an achievement that was made possible because of Army and because, you know, we tried to do our best. We try to do the best we can and show great performances and keep continuing to do what we do.”

Among those achievements are BTS becoming the first K-pop group to debut at the top of Billboard’s Hot 100, holding the Guinness World Record for most-viewed YouTube music video in 24 hours, and becoming the fastest group since the Beatles to earn four U.S. No. 1 albums, doing so in less than two years.

BTS also became the first Asian and first non-English-speaking act to headline and sell out Wembley Stadium during the Love Yourself World Tour, and broke the record for the single highest-grossing engagement in Rose Bowl Stadium history.

“It makes us obviously feel really good,” Jin reflected. “It means that a lot of people are listening to our music and they want us to keep working harder so they can give back a lot of this love that we’re receiving.”

For now, fans can catch BTS performing at the 2021 Billboard Music Awards, where they’re nominated for Top Duo/Group, Top Song Sales Artist and Top Selling Song for “Dynamite.” The band will appear remotely from South Korea to performing their newest song, “Butter,” at the awards show.

“I think ‘Butter’ is really simple. It’s a song that you can really feel the charms of BTS and then it’s a real summer song,” J-Hope described. “You can just tell that this is a real BTS song. Hope you enjoy it!”

And as Suga added, the song will “of course” have fans moving as smooth as butter.

“Butter, better, bigger, summer!” RM said, teasing the song will be even more of a hit than “Dynamite.” “Let’s go!”

“Butter” is out now.