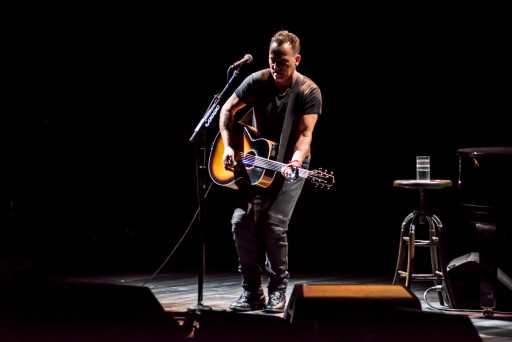 Bruce Springsteen is within reach of EGOT: With his Netflix special Springsteen on Broadway Emmy-nominated for an Outstanding Variety Special (Pre-Recorded), Springsteen could add the TV award to a shelf that already includes an Oscar, a Tony and plenty of Grammys.

Springsteen won an Oscar in 1994 for “Streets of Philadelphia,” the Best Original Song from the Jonathan Demme-directed Philadelphia. He has won 20 Grammy Awards throughout his career.

But his EGOT (Emmy, Grammy, Oscar, Tony), if it comes, might require an asterisk: His 2017-18 blockbuster stage show Springsteen on Broadway won a special, honorary Tony Award – by not providing complimentary tickets to all Tony voters, the production was not eligible in competitive Tony categories.

Springsteen, though, wouldn’t be the first EGOT winner to have an honorary award in his collection: Liza Minnelli, Barbra Streisand, Quincy Jones, James Earl Jones, Alan Menken and Harry Belafonte are on that list.

The Netflix film of the Broadway show also was Emmy-nominated for its direction (Thom Zimney directed the special, as he did the Broadway production).

Nominated in the same categories was CBS’ Carpool Karaoke: When Corden Met McCartney Live from Liverpool, an extended version of James Corden’s sing-along franchise that chronicled the former Beatles’ nostalgic visit to his old Liverpool environs. The CBS program was the sole non-Netflix nominee in the Outstanding Variety Special (Pre-Recorded) category.

In that category, Springsteen and Corden/McCartney will compete against Homecoming: A Film By Beyonce, Hannah Gadsby: Nanette, and Wanda Sykes: Not Normal.