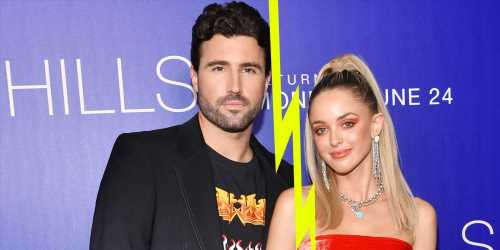 Brody Jenner and Kaitlynn Carter are no longer together.

The 35-year-old The Hills star and the 30-year-old Selfé founder are splitting after having a wedding ceremony a year ago, according to TMZ on Friday (August 2).

PHOTOS: Check out the latest pics of Brody Jenner

According to the report, Kaitlynn already moved out of the house they once shared together. He reportedly did not want a baby or a legal marriage, which she wanted, so they split.

The two apparently were never officially married after their massive wedding ceremony in Indonesia in June of 2018, complete with fireworks, friends and family.

The two never got a marriage license in the United States, so their marriage was never legally recognized.