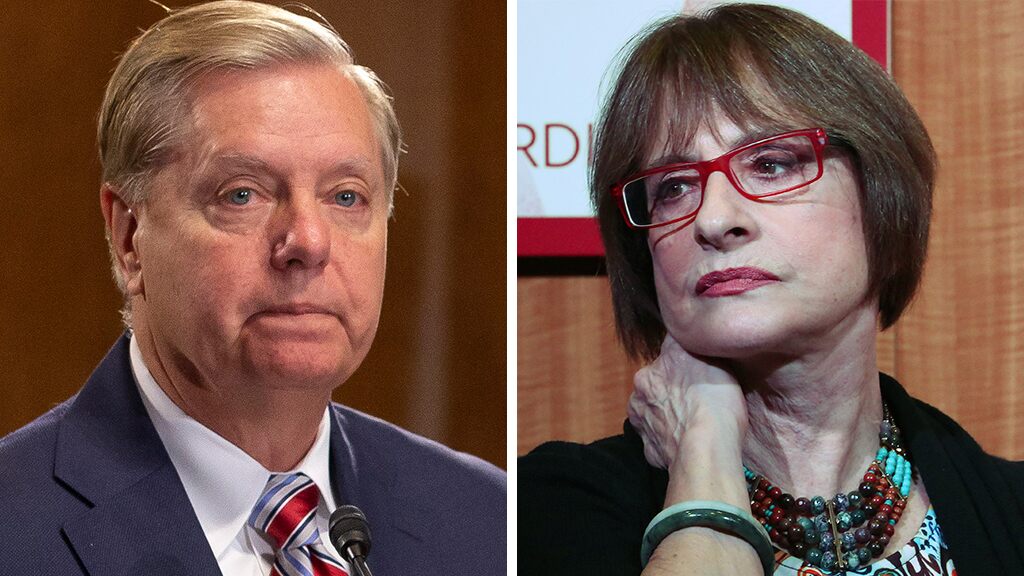 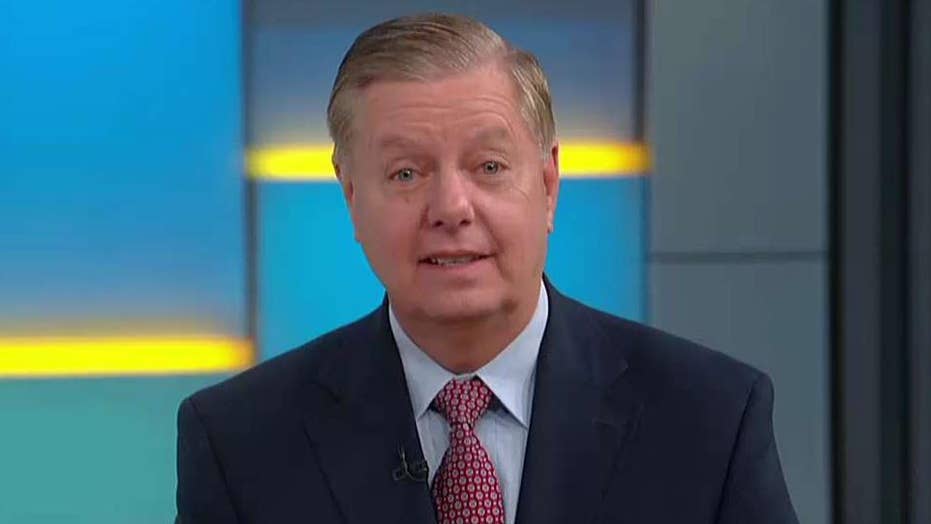 What Sen. Lindsey Graham talked about with President Trump on golf trip

Fresh off his golf trip with the president, Sen. Lindsey Graham reveals that he told Trump that the border is a ‘mess.’

Graham has defended the president in recent days amid the ongoing controversy around his inflammatory comments toward four freshman Democratic congresswomen, as well as a controversial chant at one of his rallies on Wednesday night.

LuPone started her attacking by criticizing Graham for supporting the president before things took an ugly turn and she went after the Republican "on a personal note."

"Lindsey Graham you are a disgrace," LuPone tweeted. "On a personal note, why don't you just bite the bullet and come out. You might just come to your senses."

That sparked plenty of criticism on social media of the Tony-winning actress.

This isn't the first time an entertainer attacked Graham in such a fashion. Liberal comedian Chelsea Handler wrote a sexually-explicit tweet suggesting that Graham was being blackmailed by the Trump administration over his sexuality.

"Don’t set foot in NYC. You too are a National disgrace. Maybe your neighbor had a point?" LuPone wrote, alluding to the 2017 assault Paul suffered by his neighbor.

A spokesperson for Paul earlier released a statement that read: "Senator Paul is not blocking anything," it read. "He is simply seeking to pay for it. As with any bill, Senator Paul always believes it needs to be paid for. Senator Paul is simply offering an amendment, which other senators support, to pay for this legislation."