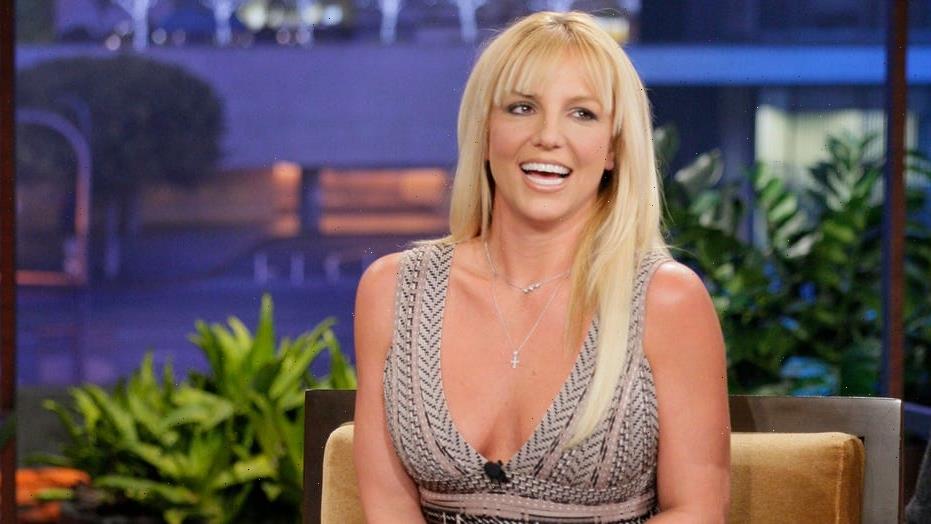 Britney Spears is continuing to speak out about the restrictions she was placed under during her conservatorship that controlled what she wore and where she went while performing her four-year residency in Las Vegas.

On Tuesday, the veteran pop singer took to Instagram to show off her figure in a hot pink, cutout swimsuit. She expressed the significance of wearing a bathing suit that exposed her “legs raw,” something she claims didn’t fly when she performed “Britney: Piece of Me” for four years at the Planet Hollywood Resort & Casino in 2013.

“When I used to do shows I had to wear two layers of tights every night … the one night I cheated and said NO and didn’t cover my legs, I swear I danced and moved waaay faster with nothing on them … this bathing suit is actually expensive !!! It kind of looks like a costume but it’s cool to see my legs raw,” Spears, 40, wrote online.

The post included a video of Spears wearing the bathing suit and a pair of white-rimmed aviator sunglasses as she shook her hips for the camera. 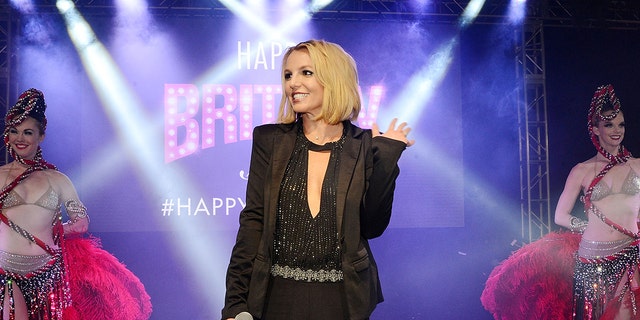 Spears went on to claim she was also barred from going to the spa while living in Vegas. She did not provide details about who was halting her from doing so.

” ….. People don’t know this but when I did Vegas, I was never allowed to go to the spa,” Spears’ caption continues. “they didn’t want me having coffee or tea so my friends from home would show up going to the spas drinking champagne no lie and I was the loser working and entertaining them at night … doesn’t sound like a good deal to me either !!!! So on this beautiful day here in Maui I’m here to remind them all that being treated like an equal individual doesn’t require much … just RESPECT !!!! Psss are we going to war ???”

Following her four-year residency, Spears announced in January 2019 an “indefinite work hiatus,” canceling her “Britney: Domination” residency that was set to begin the following month at the Park MGM resort. 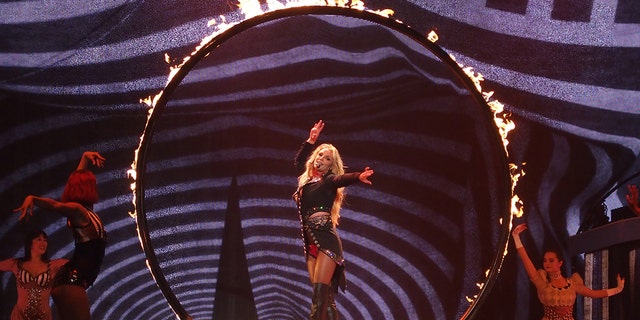 Singer Britney Spears during the residency show "Britney: Piece of Me" at The AXIS auditorium located in the Planet Hollywood Resort &amp; Casino in Las Vegas.
(Marco PiracciniArchivio Marco PiracciniMondadori via Getty Images)

Spears has been soaking up the sun in Hawaii this week. On Monday the “Toxic” singer posted a series of photos from her vacation in Maui with longtime boyfriend Sam Asghari. She also shared she’s been trying to fight off some kind of stomach bug that’s giving her symptoms she likened to being pregnant. In the post’s caption, she noted that she has been feeling sick while lamenting the fact that paparazzi are trying to snap unflattering pictures of her in a bikini on their hotel balcony.

“I know my body is not perfect by any means but I also know I definitely don’t look like that!!!!” she wrote. “Guess I should stay at the gym for 3 hours like Sam does lol … NEVER.”

The star then shared a video of herself sunbathing in a yellow thong bikini on her balcony. In addition to showing off the impressive view she and Asghari share while on their trip, she was able to show off her tight physique and explain that she has this illness to thank for it. 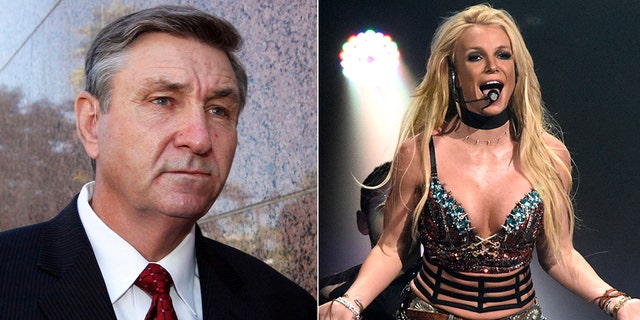 Britney Spears’ conservatorship was dissolved by a judge in November. She told a court in 2021 that she believes her father, James P. Spears, left, is guilty of "conservatorship abuse."
(AP/Getty Images)

In the caption of the video, she revealed that she’s been working out almost nonstop in order to stave off a “small bug” that’s been giving her nausea similar to what she remembers having when she was pregnant.

“I think I have a small bug … the only thing that is similar to this feeling is when I was pregnant,” she wrote. “It’s the nausea that is the worst.”

The star added that she has lost two pounds since getting herself in this cycle of sickness and working out. Despite having lost the weight, though, she reiterated how photographers are camped out near her balcony hoping to get a photo of her looking overweight.

The illness and media scrutiny hitting Spears comes amid a very public feud she’s having with her sister, Jamie Lynn, over her new book, “Things I Should Have Said,” which discusses Britney and her highly controversial conservatorship as well as other family secrets. The duo has been sparring back and forth in a spat that Britney previously called “tacky.”