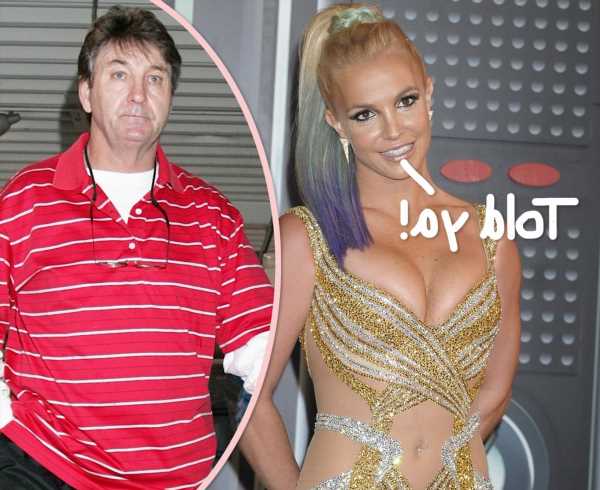 Could this finally be the end to Jamie Spears‘ reign over Britney Spears?!

As you may know, things have been coming along seemingly well in the 39-year-old pop singer’s legal mission to have her father stripped from the role as the conservator of her estate.

Most recently, her newly hired attorney, Mathew Rosengart, filed a petition requesting that Jason Rubin take over the job of dealing with her finances, business ventures, professional opportunities, health care, and more. Think of basically everything that falls under the umbrella of Spears’ estimated $60 million estate — which has been controlled by Jamie since 2008.

It seems the longtime qualified CPA couldn’t be more perfect for the position! As we previously reported, Rubin not only has no familial ties to Britney, but he also has spent years handling similar cases — including financial, elder abuse litigation, and managing trust portfolios. And we’re not the only ones who seem to think that Rubin should step in and Jamie should get tossed out. In new court documents obtained by TMZ, Jodi Montgomery has sided with Britney’s decision to appoint the accountant — and kick her poppa to the curb!

The co-conservator expressed that the pop sensation’s medical team has also agreed that her estranged father needs to be removed from his position of power for the sake of Britney’s well-being. This is actually a major step! If her doctors and therapist believe that Jamie causes significant damage to Britney’s mental health, it may sway the judge’s decision in her favor! So yeah, this is potentially a huge cause for celebration!

Earlier this month, Montgomery made it clear that she won’t step down as Britney’s temporary conservator since the momma of two previously asked her to stay on. A rep explained to People in a statement at the time:

Looks like everyone is on the same page at this time — well, except one person. Even more so, it seems like it’s only a matter of time until Jamie is finally out of Britney’s life for good. What are your thoughts on Jodi Montgomery and the medical team siding with Britney? Sound OFF in the comments (below)!