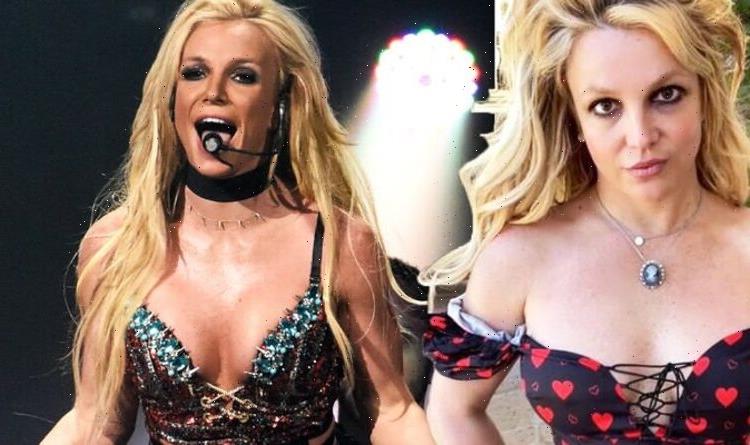 Britney Spears goes topless during day out at the beach

Baby One More Time hitmaker Britney Spears has revealed that she’s been “thinking about getting a boob job” in a candid post on Instagram. The award-winning singer, 40, shared a lengthy post detailing her thought process behind wanting to undergo the procedure, but went on to reveal why she had ultimately decided against it. Britney celebrated the end of her 13-year conservatorship back in November, which saw the star regain control of her finances and personal life.

I was thinking about getting a boob job, my boobs are fairly small

In view of her 40 million followers, Britney shared her reasons for wanting the surgery.

She captioned the post: “‘The hypothesis of real beauty isn’t the view itself, it’s rather the observer’s internal recognition’ – Britney Spears.”

“I was thinking about getting a boob job, my boobs are fairly small.

“I mean with the right bra it’s fine but I was curious what a doctor would say!” she explained.

Britney went on to share that she decided to go for a breast augmentation consultation after losing weight.

She wrote: “I lost seven pounds in the last six months and that’s a lot for me!

“I’m officially part of the ‘itty bitty titty committee’, they shrunk! I don’t know where my boobs went.”

However, the hitmaker told how the meeting didn’t go to plan.

Britey continued: “Well, I show up at the office and I’m going the back way walking up eight flights of stars! I’m like what the f*** is this?

“They want you to die before you make it there! F*** this!

“Nobody was there to let us in, how long do we wait here?

The popstar told how she left and never returned to the doctor’s office for a consultation.

Britney then shared how she later saw celebrities she knew getting beauty treatments and gushing to fans about their appearance.

She added: “I’ve never been back, then I get home and go online to see the biggest [stars] getting facials with their facialists saying, ‘people don’t believe but no filter! This is real!’

“This celebrity has done movies and all and is shot so beautifully!

“I’ve seen her in person so it was weird seeing someone like her trying to convince people she’s naturally beautiful, then I said to myself I do the same but I’m not nearly as beautiful as she is, yet I kind of do the same thing!

“I haven’t been shot well though, I’ve never been more humiliated and embarrassed in my life during the years in my conservatorship,” she ended her post.

Following the narrative, Britney’s fans rushed to post messages of support to the star, telling her she’s “beautiful inside and out”.