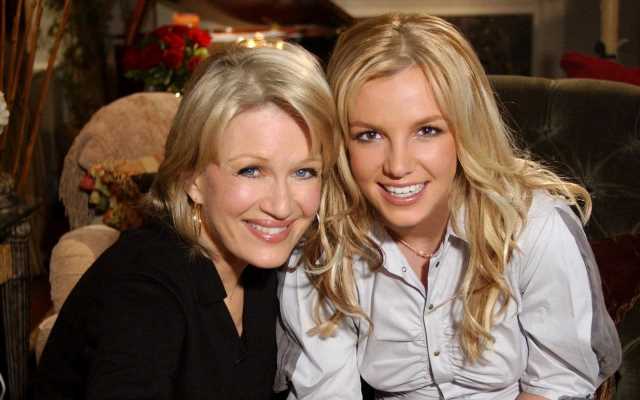 In a now-deleted Insagram post, the ‘Toxic’ hitmaker also addresses her split from Justin Timberlake in 2002, saying she was ‘in shock’ because of the breakup.

AceShowbiz -After almost two decades, Britney Spears has finally broken her silence on the now-infamous interview with Diane Sawyer back in 2003. Taking to her Instagram account on Monday, December 13, the pop star slammed Diane in a lengthy message.

In the post, which has since been deleted, the 40-year-old singer wrote, “Do we dare forget the Diane Sawyer interview in my apartment almost 20 years ago?” She continued, “What was with the ‘You’re in the wrong’ approach?? Geeze… and making me cry???”

“Seriously though… I lived in my apartment for a year and never spoke to anyone… my manager put that woman in my home and made me talk to her on national television and she asked if I had a shopping problem!!! when did I have a shopping problem?” she went on to rant about the interview, which took place following her split from Justin Timberlake in 2002.

The “Toxic” hitmaker also addressed her split from Justin, saying she was “in shock” because of the breakup. She also added that she “never spoke to anyone for a very long time.”

“Something I never shared when I had that break up years ago was that I couldn’t talk afterward,” Britney opened up. “I was in shock… pretty lame of my dad and three men to show up at my door when I could hardly speak… two days later they put Diane Sawyer in my living room… they forced me to talk!”

“She said ‘a woman or a girl’ … I would like to say now, ‘Ma’am I’m a catholic s**t!!!” Britney added, referring to one of Diane’s interview questions. On being asked about her “shopping problem,” the pop diva added that she could spend as much money as she wanted. “She can kiss my white a**,” she added. 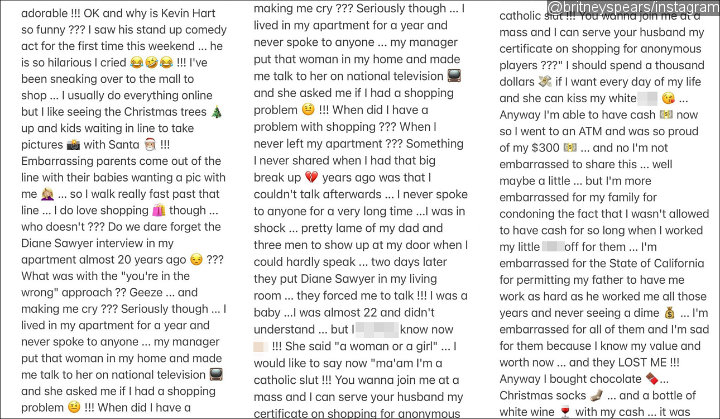 Meanwhile, Jamie Spears’ lawyer Alex Weingarter denied Jamie’s involvement in the interview. “Mr. Spears has no idea what Ms. Spears is talking about. Jamie never set up any interview with Diane Sawyer and was not present for any such interview,” he said in a statement. “He had nothing to do with Britney’s career at this point and was completely uninvolved in this interview. Jamie loves Britney very much, wishes Britney nothing but the best and hopes that she continues to seek the help that she needs to stay safe and healthy.”