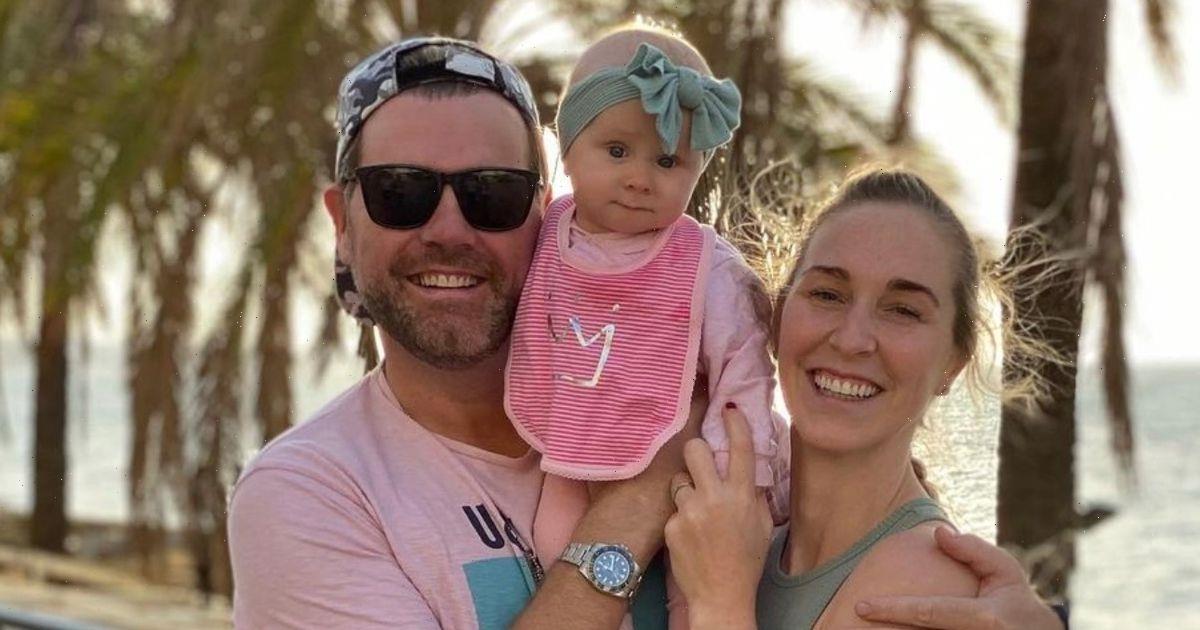 Brian McFadden has proved that his family are already getting into the Christmas spirit as he posted a sweet photo of his six month old daughter dressed as a reindeer.

The former Westlife singer announced the birth of his first child with fiancée Danielle Parkinson – a baby girl named Ruby Jean – earlier this year and it looks like she's already a massive fan of the festive season.

Brian, 41, posted the photo of his daughter dressed in a knitted reindeer jumper and matching trousers with a fluffy pink bobble hat, as she grins and shakes her arms about. He captioned the photo: "So excited for Xmas".

Fans were overjoyed with the adorable snap, with one writing: "Cuteness overload warning needed!"

Speaking exclusively to OK!, Brian and Danielle, previously shared the process of arriving on baby Ruby Jean's name, as well as its significance.

"We went round the houses with a name," Danielle, 30, explained. "We had a long list and then the day before I went into labour we were looking through a baby book and I just said 'Ruby', and we both went, 'Yes!'."

"We both really liked it and thought it would transcend from a baby to an elderly lady."

The name also has significance to both of the couple's families, with various family members having the name.

Danielle said: "Jean has quite a lot of meaning to us, as both my grandparents were Jean and a few of Brian’s family."

Brian added: "My grandad was Jean and my uncle, who died 10 years ago, so we have four family members who have all passed who were called Jean."

Following three rounds of IVF treatment, the pair were overjoyed to announce the birth of their daughter in May, after the couple experienced two devastating miscarriages.

“She’s the spitting image of Danielle. Danielle is such a wonderful mum. She’s a first time mum, but she has really taken it in her stride. She’s absolutely lovely – and my girls love her so much.”

For the latest updates on Brian McFadden, sign up to our daily OK! newsletter.