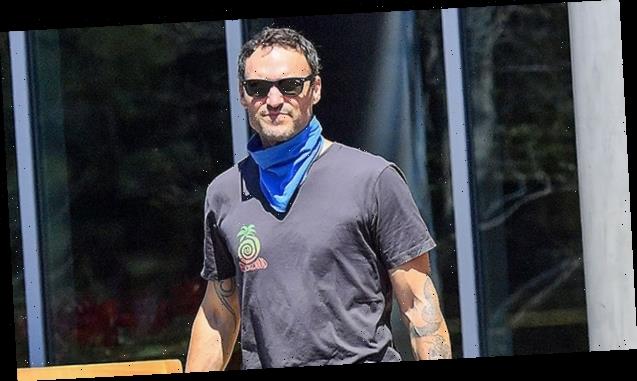 Brian Austin Green shared a message about ‘finding a connection to love and togetherness’ in his New Year’s Day caption as he posed shirtless in a Hawaiian hot tub!

It’s onward and upward for Brian Austin Green! The 47-year-old showed off his chiseled torso as he relaxed in a hot tub in a shirtless pic shared to Instagram on Friday, Jan. 1. While Brian didn’t tag a location, he is on vacation with new flame and Dancing With The Stars pro Sharna Burgess, 35. A closer look at photos reveal that he’s at the Four Seasons Resort in Hualalai, Hawaii, which is the same five-star luxury spot Brian married ex Megan Fox, 34, at in 2010.

“Happy New Year to everyone!!” the Beverly Hills, 90210 alum began his enthusiastic caption. “Let’s all find the connection to love and togetherness again,” he added, including a smiley face. While his words could allude to many different things, he notably went through a big split from ex Megan after nearly a decade of marriage. The pair share three kids together: Noah Shannon, 8,  Bodhi Ransom, 6, and Journey River, 4. Megan, who has since moved on with Machine Gun Kelly, officially filed for divorce on Nov. 25.

Sharna and Brian were first linked after they were spotted flying out of Los Angeles International Airport together on Dec. 25. The pair were spotted in a security line together as they prepared to head to their boarding gate. The Australian dancer later posted photos from the trip on her own Instagram account. “First vacation in a long time, best vacation in a lifetime,” Sharna captioned a patio snap. “Sending you all love. Stay safe and stay healthy. 2021 let’s go,” the red head added.

Sharna, who has since changed up her hair to blonde, posted another selfie from the beach front resort to celebrate the New Year. “I’m a believer that everything happens for a reason, that everything is a lesson and everything is a choice,” she penned in her lengthy goodbye letter to 2020. “Everything is a choice. We cannot change what we cannot control, so we must focus on how we act and react to the world around us. I choose to react with kindness, respect, understanding, optimism, positivity, wholehearted gratitude and above all else, love,” she added.

The 35-year-old dancer previously teased her new relationship in an interview, but wasn’t ready to name her beau Brian just yet! “I actually am not on the market anymore. But it’s very new and very, you know, it’s dating, essentially..no one’s calling us a relationship yet,” she confessed to Us Weekly. “I thought that when I met someone, I would be like scream it from the mountain tops…and it’s actually, it’s almost the opposite. I want to hold it close to me for just as long as I can to stay in this space and just enjoy that human for as much as I can,” she explained.