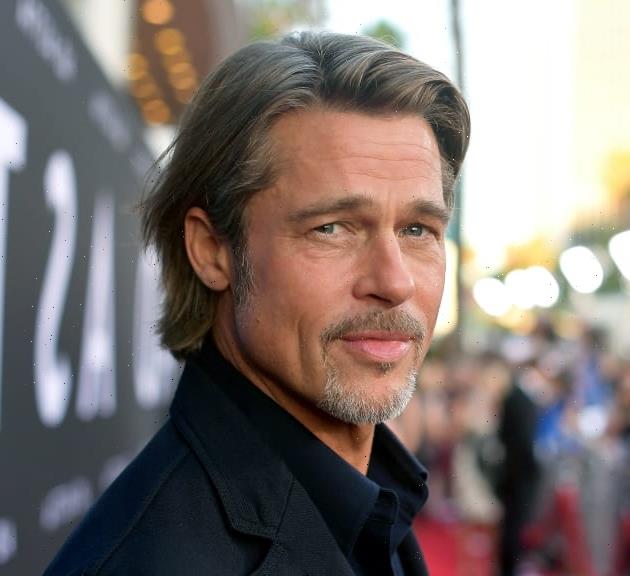 Last week, we reported that Brad Pitt’s petition to change his custody arrangement with Angelina Jolie was denied the California Supreme Court.

Custody disputes don’t usually climb so high in the legal system, but Brad and Angie’s is not your typical custody dispute.

This thing has been dragging on for more than five years, and it seems unlikely that the battle will end anytime soon.

Brad’s filing came in response to a previous ruling being voided after the judge in the case was disqualified.

Pitt’s legal team opposed the ruling, but the motion to dismiss it was denied.

Insiders say Brad plans to continue fighting for a more equitable arrangement, but in the meantime, it seems he’s taking this latest setback pretty hard.

According to Us Weekly, Pitt has a “huge cloud hanging over him” these days.

And since Brad recently got sober, his depressed state may have become a cause of concern for those who know him best.

Pitt says it was his kids who inspired him to get clean, so it’s not hard to see why those around him might be worried about what sort of effect the ruling might have on his ability to stay clean.

Insiders say Brad is between film projects and single at the moment, which means he’s spending more time alone than usual.

But one source assures fans that Pitt has been keeping himself busy with other pursuits, and he remains as committed as ever to keeping clean.

“Brad is working hard and staying as positive as he can be right now,” the insider says, adding that Brad doesn’t view dating as “a priority” at the moment.

“He’s just not mentally ready and doesn’t know when he next will be.”

The source adds that the legal wrangling between the exes hasn’t been easy on either party.

But it seems that Pitt is relying on the skills he’s learned in recovery to see him through.

“This whole war with Angelina has really taken its toll [on Brad],” the source tells Us.

“Thankfully he has his own incredible willpower to count on, plus a wonderful support group and the tools he’s learned in recovery when times get super tough.”

Pitt has not yet spoken publicly about the ruling, but a spokesperson for the actor says he has no intention of giving up the fight.

“We will continue to do everything that’s legally necessary based on the detailed findings of the independent experts,” a spokesperson for Pitt told Us in a statement.

Meanwhile, Jolie’s attorney threw some major shade at Brad by stating that the actress was “pleased that her children’s wellbeing will not be guided by unethical behavior.”

It sounds like this war is far from over, which is probably bad for the kids …

… but great for Jolie and Pitt’s lawyers who are rumored to be raking in obscene amounts of cash from this case.

Los Angeles divorce attorney Mark Vincent Kaplan recently estimated that the actors have spent “hundreds of thousands of dollars, if not in the millions”

“Nothing is more expensive than a hotly contested custody [dispute],” Kaplan told Us Weekly.

“I’m sure both of these people can afford to [keep litigating], which is not the reason to do it, but that’s probably not going to be a major factor for either of them given their respective wealth.”

We hope that both sides are making this effort on behalf of their children, and not out of some petty desire to punish the other party.

But the longer this drags on, the less likely that seems,.