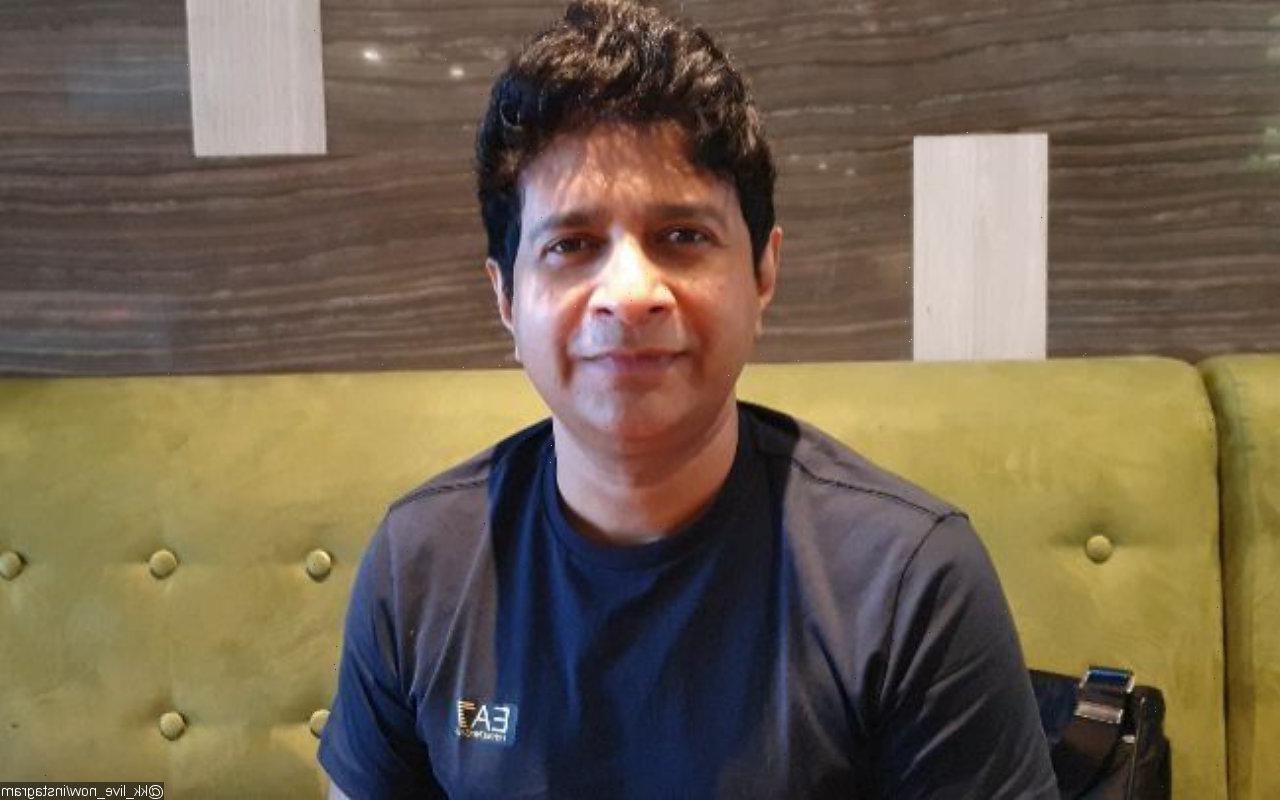 The Indian singer complained of feeling unwell soon after his performance at the Gurudas College Fest and passed away at a private hospital in Kolkata in India on Tuesday, May 31.

AceShowbiz -Bollywood star KK has died at the age of 53. The singer, whose real name was Krishnakumar Kunnath, was reported to have fallen ill following a concert at the Gurudas College Fest and passed away at a private hospital in Kolkata in India on Tuesday, May 31.

Tributes have poured in from across the industry on social media about the “sad” news about the Screen Award winner. Among those was actor Akshay Kumar who tweeted, “Extremely sad and shocked to know of the sad demise of KK. What a loss! Om Shanti.”

Singer and composer Vishal Dadlani joined in to express his sadness. He wrote on the microblogging site, “The tears won’t stop. What a guy he was. What a voice, what a heart, what a human being. #KK is FOREVER!!!”

Reality television personality and singer Rahul Vaidya added his condolences to “one of the nicest humans.” He said, “I hear singer KK just passed away. GOD what is really happening!!?? I mean WHAT IS HAPPENING. One of the nicest humans kk sir was. Gone too soon at 53.Beyond shocked. RIP sir.”

Actress Swastika Mukherjee couldn’t “believe” the heartbreaking news. She said, “KK passed away, Can’t believe what I just heard.” Meanwhile, actor Farhan Akhtar said, “Absolutely stunned to hear that KK has passed away brother you’ve gone too soon .. deepest condolences to the family. This is heartbreaking.” 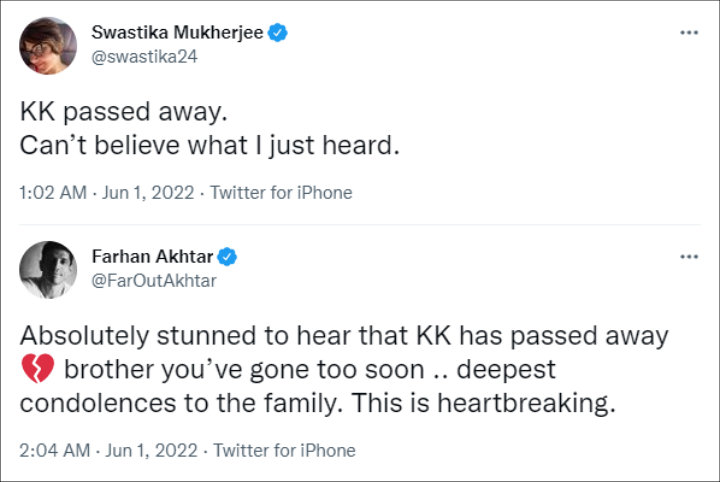 Karan Johar additionally wrote, “Heartbreaking news on the sudden passing away of such an incredible talent. RIP KK the entertainment world has lost a true artist today. Om Shanti.” 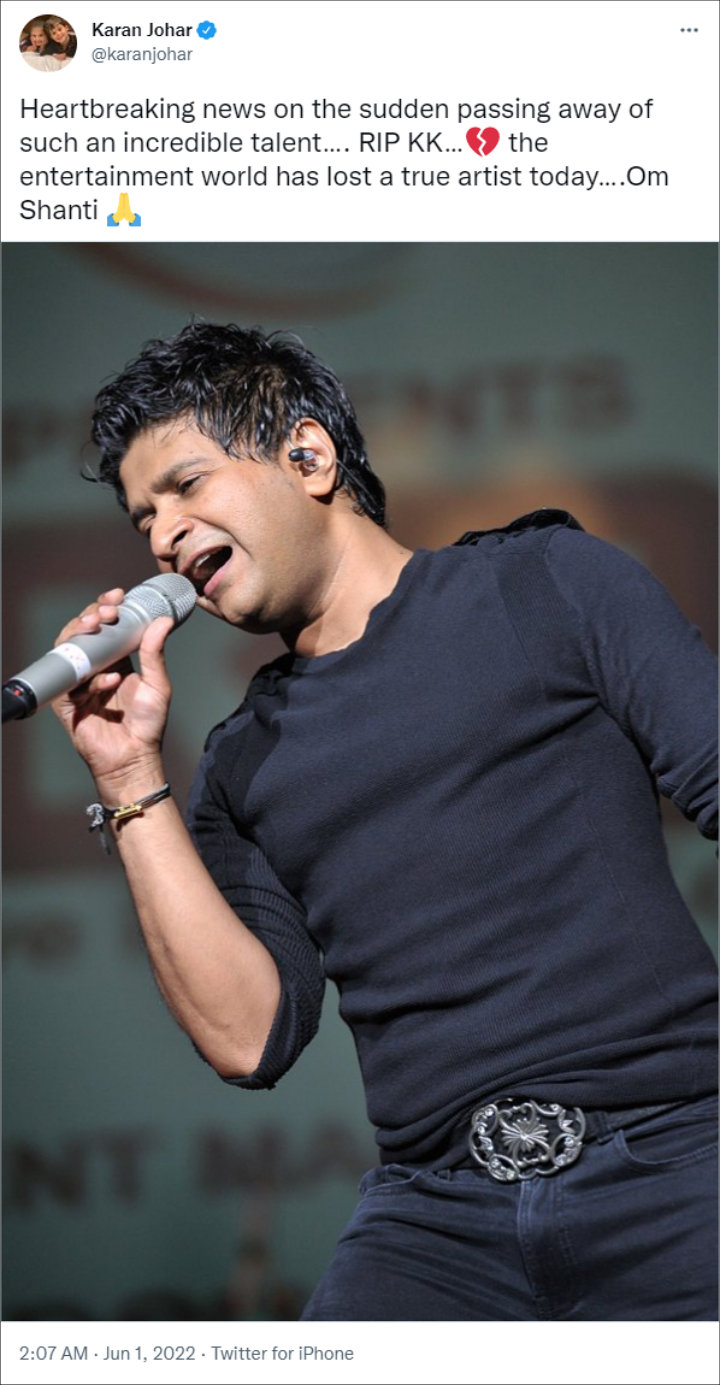 The “Khuda Janne” hitmaker was survived by his wife Jyothy and his two children, son Nakul Krishna and daughter Tamara.