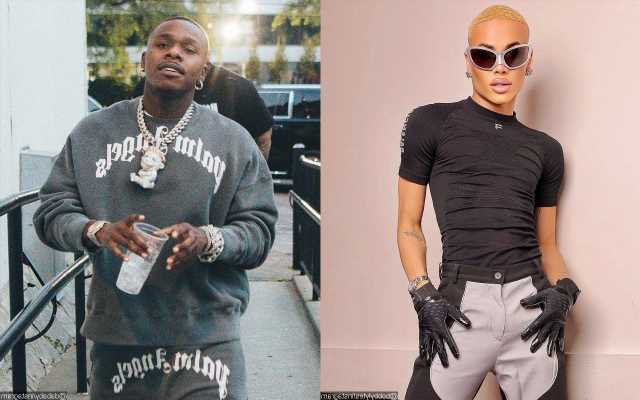 Defending the embattled rapper, the ‘Love and Hip Hop: Miami’ star shows support to the ‘ROCKSTAR’ emcee, who is canceled over his Rolling Loud controversy.

Bobby reacted to a Hollywood Unlocked post in which it featured DaBaby’s adorable Christmas picture. The photo saw the rapper posing with his two daughters and cute nephews as they were all twinning in green-and-gold ensembles.

“I think if DaBaby is willing to apologize and set the record clean, we should give him another chance,” Bobby wrote. “I like him, and I think he is a Good person.”

Upon catching wind of Bobby’s comment, Internet users were not having it. “I think Bobby should mind his own business before his lips pop,” one user slammed the TV star. “Bobby please shut up,” another person added.

“Bobby is a pick me,” someone else added. “I think some people are beyond saving. He said what he said. He everything he said – so much so that he doubled down on everything he said multiple times. He meant all that shit with his WHOLE chest. He had a good run while it lasted tho. But like Project Pat said, don’t save her, she don’t wanna be saved,” one other opined.

One person, meanwhile, noted that DaBaby’s controversial comments had nothing to do with why they weren’t a fan of the star. “He hasn’t done anything to me so I don’t need an apology. His music just hasn’t made me want to listen and his behavior makes his music even less appealing,” the person explained.

DaBaby was canceled for his homophobic remarks he made at the 2021 Rolling Loud Miami. In clips that circulated online, the rapper could be seen making homophobic and misogynistic comments.

In October, DaBaby revealed that the controversy cost him $100 million. “I ain’t into all of the conspiracy theories, this and that, until you see it really cost a n***as a $100 million within a year’s span,” he said on Hot 97’s “Ebro in the Morning”.