Blake Lively is getting into the Christmas spirit early with a festive red ensemble in New York City.

Last night, the actress arrived at the Empire State Building wearing a custom satin red minidress by designer Georges Chakra. From his autumn-winter 2021 collection, the dress features a giant statement Bardot bow and beaded jewel detailing. She paired the look with matching red pumps and drop earrings—coordinated to the jewels on her dress—and accessorized with a Chanel tweed bag. Adding to the monochrome, she topped it all off with a Max Mara scarlet coat.

The actress was all dressed up to celebrate return of U.K. flights to the United States with British Airways and NYC & Company. “It’s an honor having you all here, just as like a mama and a human, and a New Yorker,” she said at the event. “I’ve never felt more like a New Yorker than I do tonight, so thank you all for giving me this feeling—selfishly this is what I’m taking out if it.” 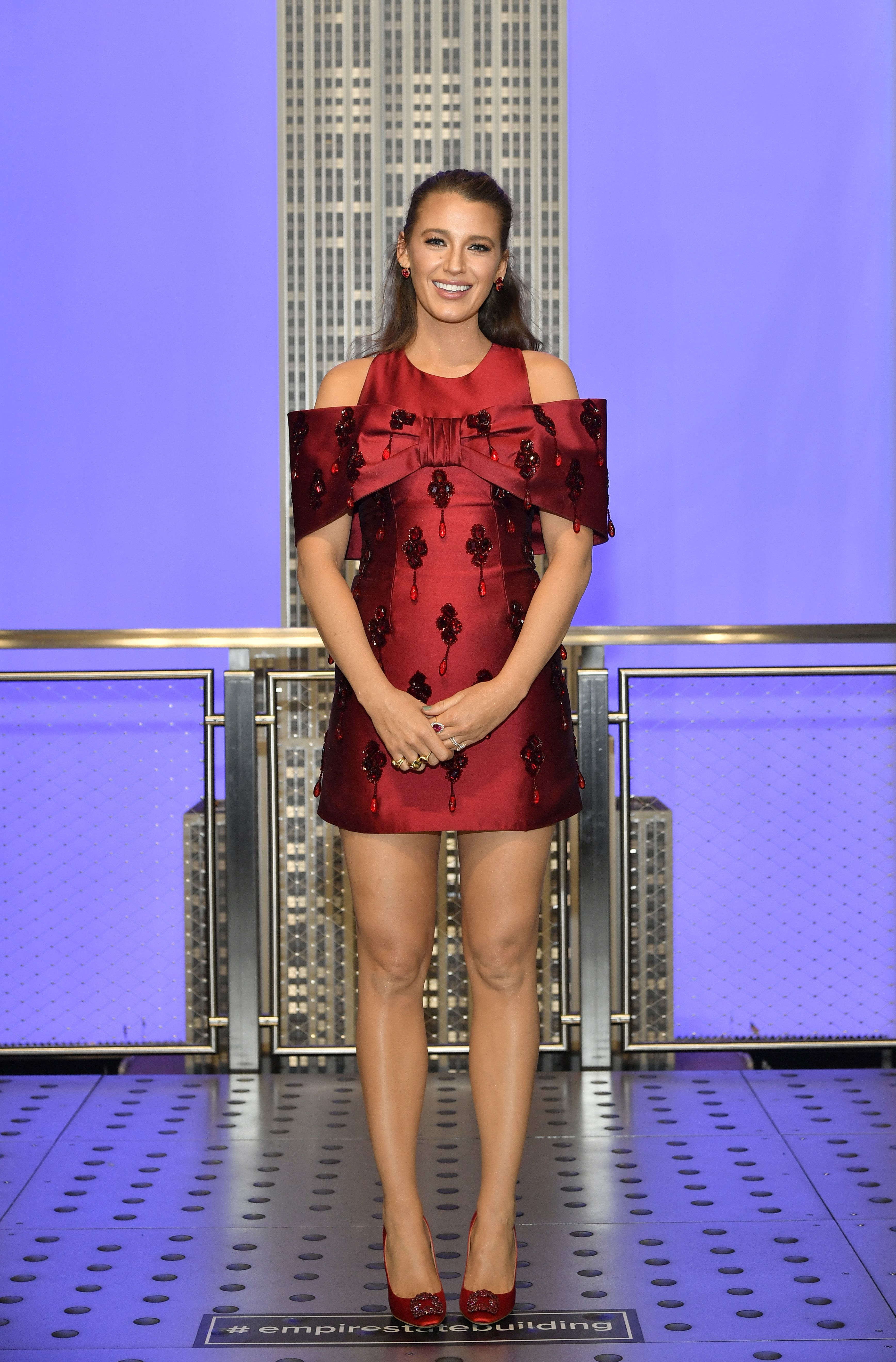 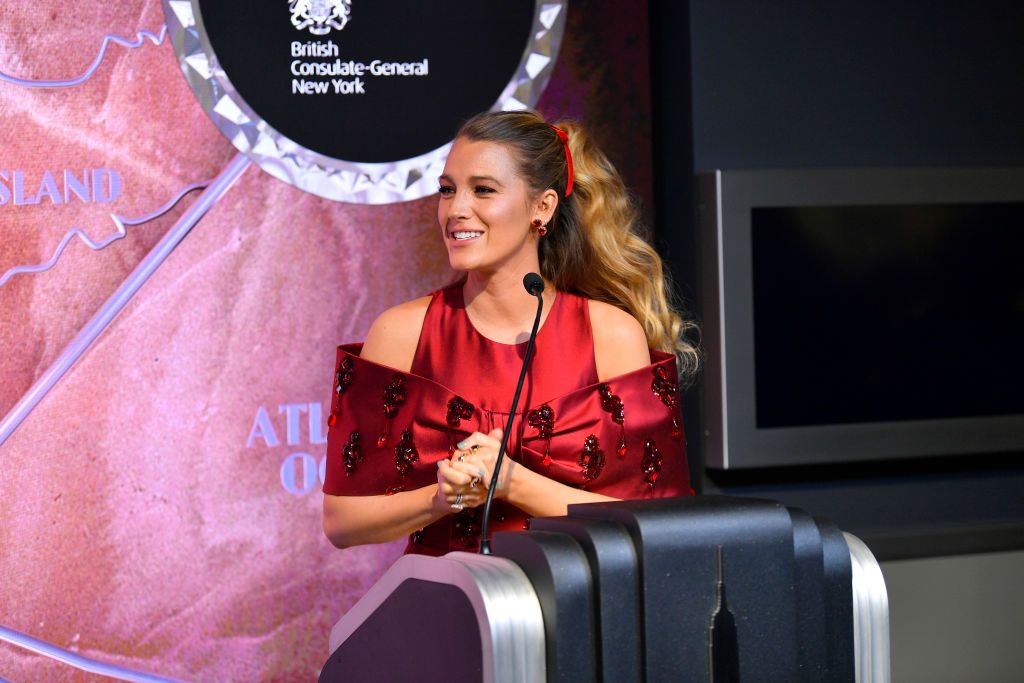 She was joined by British Airways CEO Sean Doyle and NYC & Co. President Fred Dixon, as well as several of Her Majesty’s dignitaries in a commemorative skylight ceremony followed by a cocktail party at the top of the building. 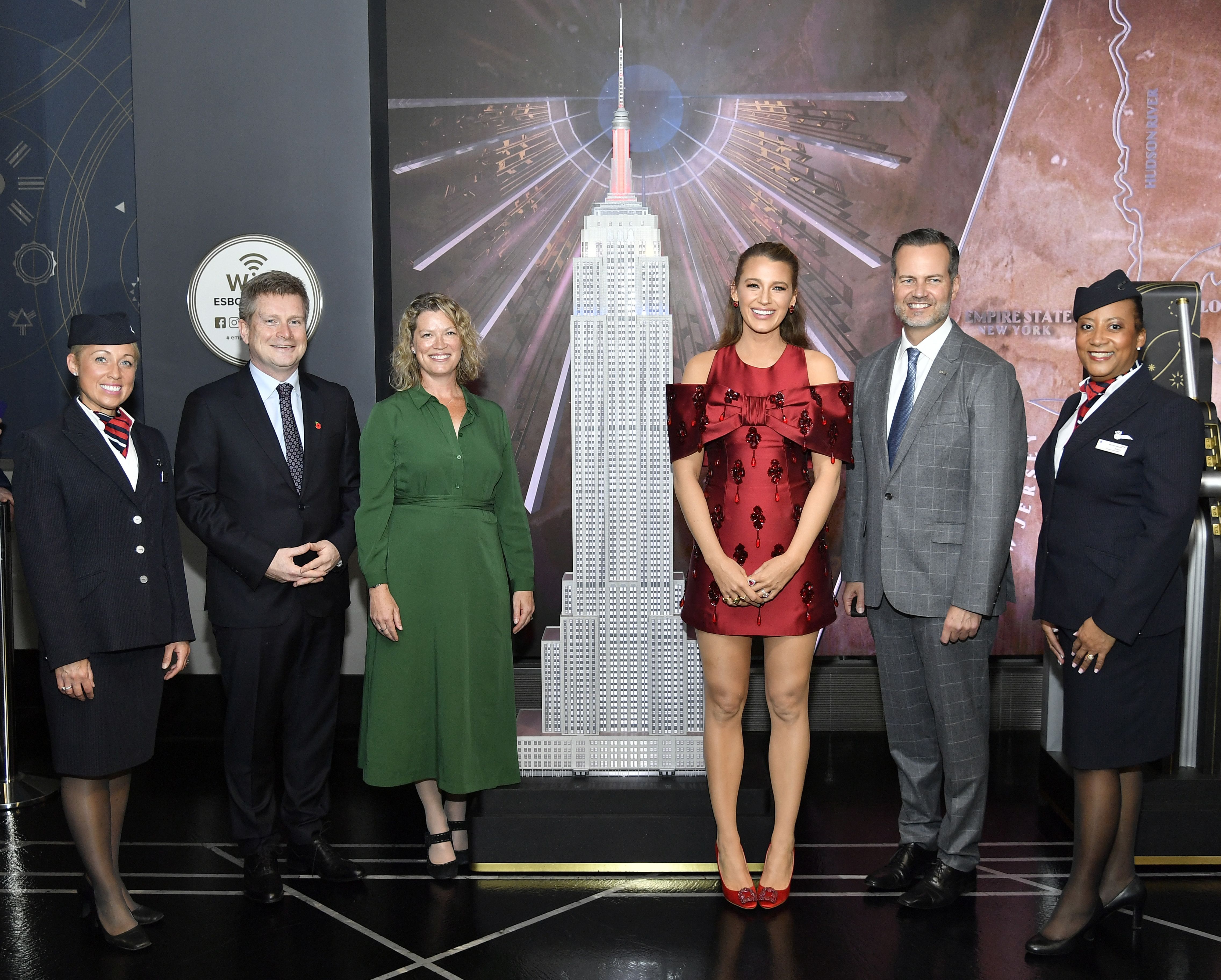 Lively’s rare New York appearance follows one from several weeks ago, when she was spotted running errands while embracing the hiking boots trend in a pair by Chanel. She has otherwise been focused on her new nonalcoholic sparkling beverage brand, Betty Buzz, which launched back in September, as well as family life with husband Ryan Reynolds.

While the Hollywood couple are known to remain private (barring their social media trolling), the Deadpool actor recently opened up to Entertainment Tonight about his relationship with Lively. “We don’t take each other too seriously, but we’re also friends,” he shared. “Falling in love is great, but do you like each other? That’s kinda the question you gotta ask yourself, you know, going into it. We’ve always liked each other. We grow together. We learn from each other. So yeah, I’m lucky to have a buddy in that.”