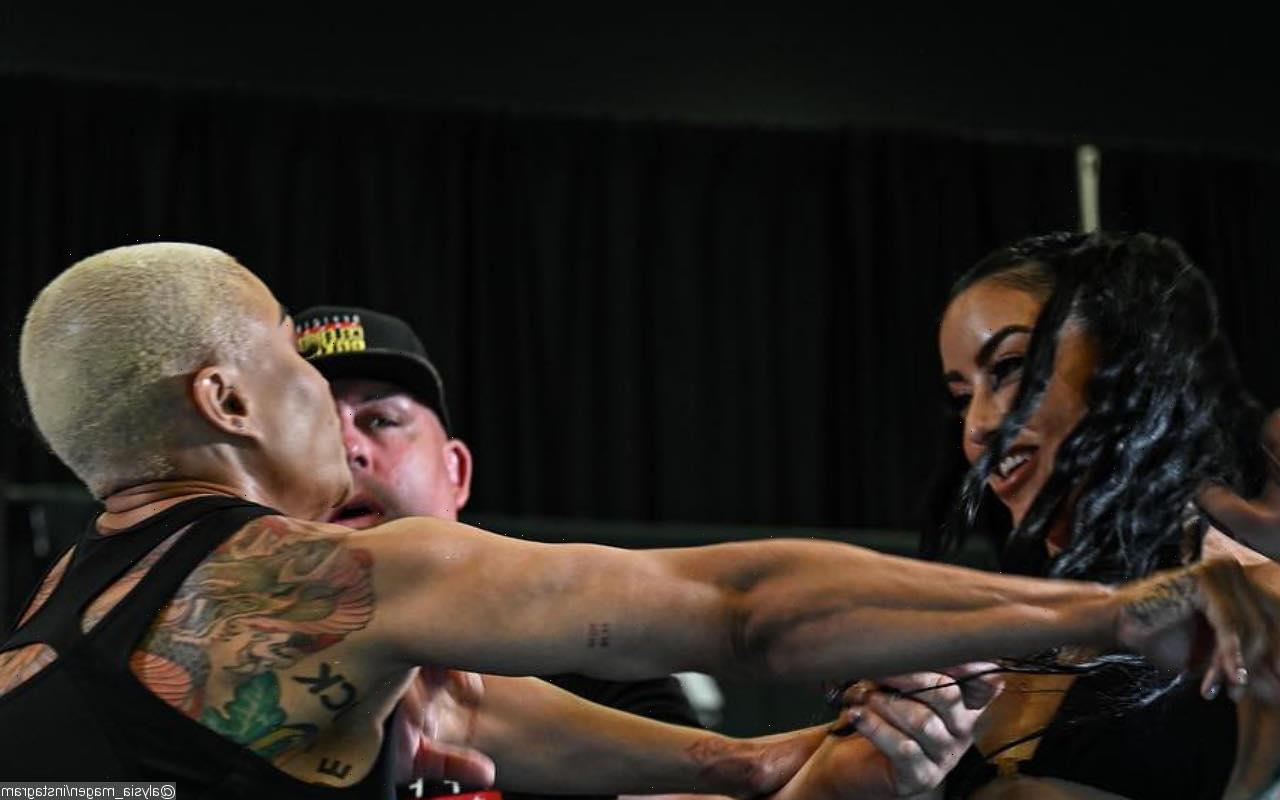 Spectators of the Celebrity Boxing Match at the Charles F. Dodge City Center also respond with loud boo in disagreement after the host announces that the result of the brawl is a draw.

AceShowbiz –Blac Chyna could not accept the result of her Celebrity Boxing Match against Alysia Magen. The model/reality TV star wasn’t thrilled after the brawl was declared a draw, which was echoed by her opponent.

According to TMZ, both Chyna and Magen have called it “bulls**t” that their fight ended in a draw. Despite their disappointment in the outcome, neither of the fighters seems to be down for a rematch.

The much-hyped fight took place at the Charles F. Dodge City Center in Pembroke Pines, FL on Saturday, June 11 and was referred by UFC fighter Rashad Evans. Both women threw a lot of punches, but Magen got in the best single shot as she managed to know Chyna down. The latter was able to get back up though.

Following the brawl, the judges did their scoring to determine who would be crowned the winner. Once the host gathered the results, he announced, “Everybody, we’ve got a draw,” drawing a loud boo from the spectators in disagreement.

Chyna also showed her disagreement with the result as she responded to the judges’ decision, “Maybe they should check the scores again.” Meanwhile, Magen let her fans “be the judge” and called it “an experience [I] will never forget” via her Instagram post.

Viewers quickly weighed in on the result, with many claiming that Magen won over Chyna. “A draw? That girl beat up Blac Chyna all across that ring. Chyna was tired & out of it in the first 10 seconds,” one person opined.

“Shoutout to Alysia Magen for giving Blac Chyna her 2nd L in a row. Aint no way that was a draw,” another claimed. A third similarly said, “That Blac Chyna and Alysia boxing match was not a draw. Alysia beat her a**.”

Some others were not impressed with the match, with one tweeting, “Blac Chyna Match With Ol Girl is a Draw .. Both Was Horrible TBH.” Another echoed the sentiment as saying, “Blac Chyna’s fight was a draw… they said it’s the ‘battle of the BBLs.’ “

Leading to the boxing match, things were intense between the two ladies. They were getting physical with each other during face-offs and Magen dropping a diss track against Chyna just hours before the match.

Chyna got coached by Tamara Frapasella-Fortune, a boxing champion who once got in the ring with Kim Kardashian. Meanwhile, Magen, who is an Air Force veteran, worked with the undefeated fighter, Monty Aboughaly.