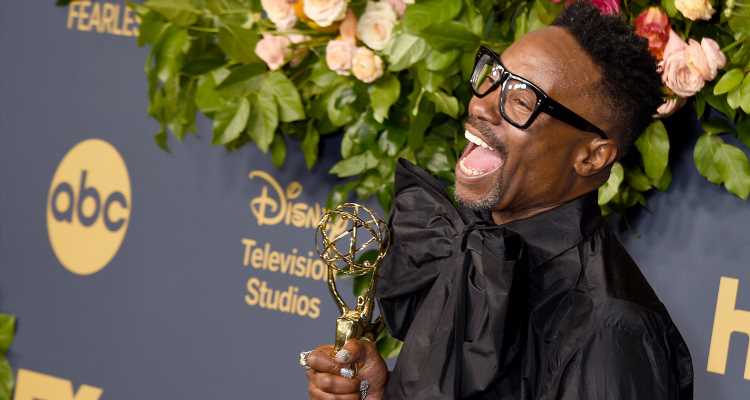 Billy Porter is all smiles while holding onto his award on the carpet at the Walt Disney Television 2019 Emmy Awards After Party held on Sunday (September 22) in Los Angeles.

The 50-year-old Pose star won the Outstanding Lead Actor in A Drama Series award for his work on the hit FX show!

PHOTOS: Check out the latest pics of Billy Porter

In the process, Billy becomes the first openly gay black man to win lead actor in a drama.

“We have the power to create empathy through the way we tell stories. I know that being black and gay and out and being in this position and speaking from where I get to speak from is the change,” Billy expressed backstage after receiving his award (via GMA). “I hope that young queer people of all colors can look at me and know [gets emotional] that they can.”