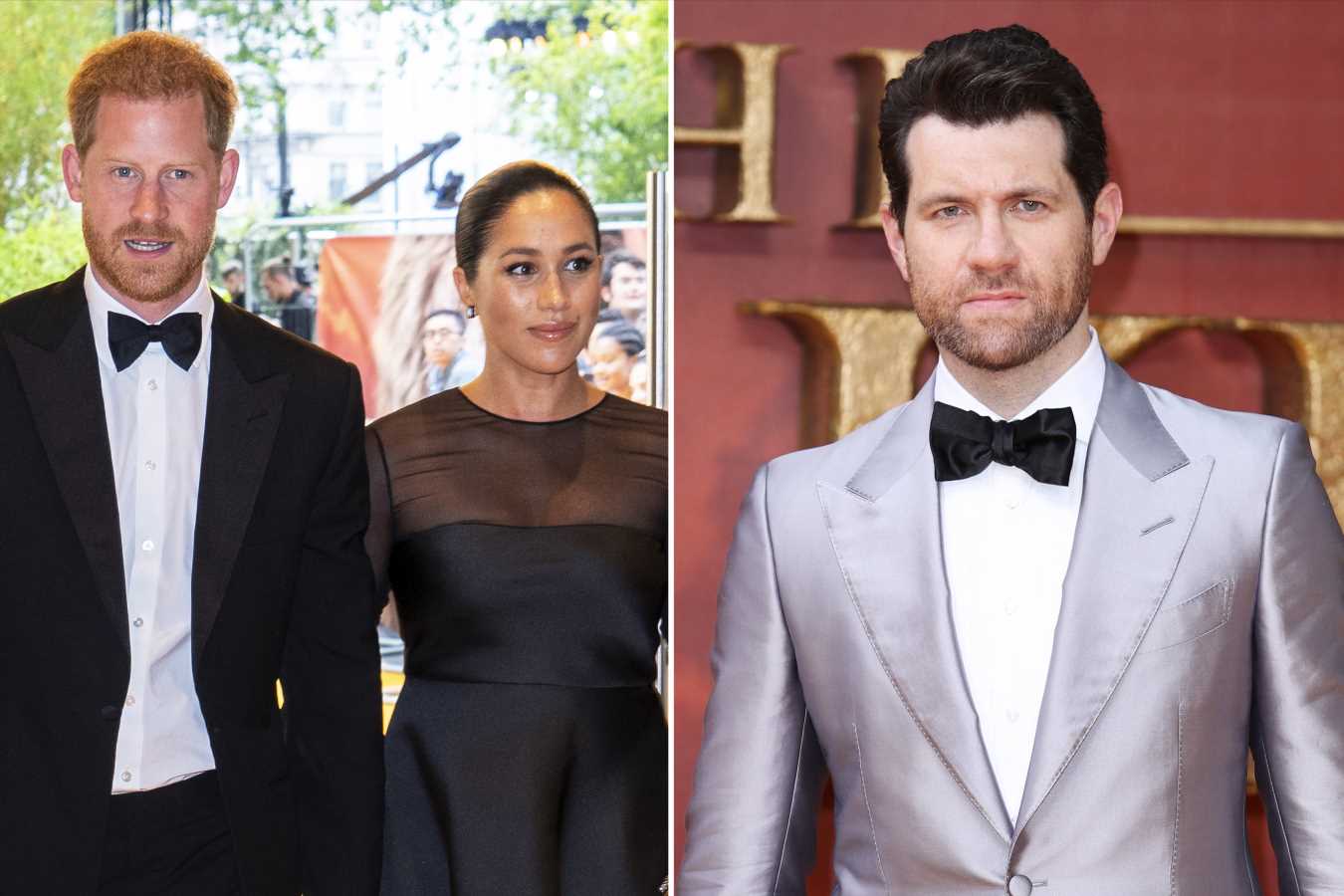 Beyoncé may have played it cool when she met Prince Harry and Meghan Markle, but Billy Eichner sure wasn’t.

The 40-year-old comedian — who voices Timon in Disney’s upcoming live-action adaptation of the The Lion King, alongside Beyoncé’s Nala — was at the film’s European premiere in London’s West End where he met the Duke and Dutchess of Sussex.

Just before the royal couple made their way to Eichner, he was caught on camera preparing to say hello.

In the clip, Eichner, who shared the video on Twitter — whispers to costar Seth Rogan about what he might say to the royal couple.

“OMG here I am completely freaking out to @Sethrogen about how I’m going to greet Prince Harry and Meghan,” Eichner wrote. “I’M CRYING 😂😂.”

“BTW they were both super down to earth and lovely and Meghan and I talked about our @NorthwesternU acting teachers (shout out to Mary Poole and David Downs!) ❤️,” he added, in a follow-up tweet.

Sunday’s premiere was the first time Megan walked the red carpet as a royal with Harry.

The new parents, who left baby Archie at home for their night out, smiled widely as they posed for photographers.

Meghan, 37, wore a black Jason Wu dress with sheer sleeves and accessorized with Aquazzura heels and a Gucci clutch. Harry, 34, looked elegant in a classic black and white tuxedo.

The star-studded evening was held in support of Harry’s ongoing conservation work and his service on behalf of communities near endangered wildlife in Africa. The Lion King will also benefit Protect the Pride, a global conservation campaign working with many conservation partners to raise awareness and support efforts to protect and recover the dwindling lion population across Africa.

Meanwhile, aside from Eichner, Meghan and Harry also spent time with Beyoncé and her husband JAY-Z.

Photos from their meet-and-greet were spread wide, Beyoncé (in a custom gold pleated gown with a thigh-high slit by Cong Tri) hugging Megan.

Beyoncé and JAY-Z already have ties to Meghan thanks to their 2019 Brit Awards acceptance speech. Music’s power couple accepted their prize for Best International Group via video message, recreating their music video for “APES—.” But instead of posing in front of Leonardo da Vinci’s “Mona Lisa,” they stood in front of a regal portrait of the Duchess of Sussex wearing a sparkling crown and pearl necklaces.

The pop star, 37, later gave a short explanation of their reason for including the Meghan photo via Instagram — and offered her congratulations on Meghan’s status as a mom-to-be!

“In honor of Black History Month, we bow down to one of our Melanated Monas,” Beyoncé wrote. “Congrats on your pregnancy! We wish you so much joy.”