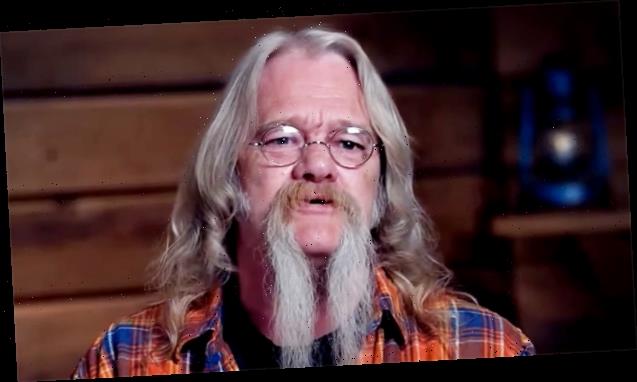 The hit Discovery series ‘Alaskan Bush People’ was ‘devastated’ to announce that its longtime star, Billy Brown, passed away on Feb. 7. Some of the family patriarch’s children shared ‘heartbroken’ tributes.

Billy Brown, famous for raising his family in the wilderness on the Discovery reality-docuseries Alaskan Bush People, died of a seizure at 68 years old. “We are devastated to hear of Billy Brown’s sudden passing,” the Twitter account for Alaskan Bush People announced on Feb. 8. “He has been part of the @Discovery family for years – a trailblazer, a lovely man, and most definitely one of a kind. Our heart is with his family and those that knew him as they deal with this devastating loss.”

Billy’s 33-year-old son and co-star, Bear Brown, revealed that his dad’s passing happened last night on Feb. 7.  “We are heartbroken to announce that our beloved patriarch Billy Brown passed away last night after suffering from a seizure,” he Discovery star wrote on his private Instagram page, according to People. “He was our best friend — a wonderful and loving dad, granddad and husband and he will be dearly missed.”

Bear looked back at his father’s unique life, removed from modern life, in the rest of his tribute post. “He lived his life on his terms, off the grid and off the land and taught us to live like that as well,” Bear continued. “We plan to honor his legacy going forward, and to continue with his dream. We ask for privacy and prayers during this painful time. God Bless Everyone!”

Billy’s 18-year-old daughter, Rain, also offered a moving tribute on her Instagram page. “I lost a true friend. Not forever, but only in this world. Please hold my family in your thoughts and prayers, especially my mother. Please hold your family tight for me. Words cannot express how wonderful he was and is. But I will say, the closest thing to an angel I’ve ever known. God bless you da I love and miss you dearly. You will always be my hero. God bless everyone,” she wrote.

In addition to Bear and Rain, Billy is survived by his five other children: Snowbird, 26, Noah, 28, Gabriel, 31, Joshua, 36, and Matthew, 37. Billy shares all his children with his wife of nearly 42 years, Ami Brown, who underwent her own health battle after being diagnosed with lung cancer in 2017. This led the family to relocate from Alaska to the North Cascade Mountains of Washington for Ami’s treatment, and the Brown matriarch happily revealed that she was cancer-free by Jan. 2018. However, another tragedy struck when the Brown family was forced to evacuate from the Washington wildfires later in 2020, which was documented on the family TV show. Billy had been starring on Alaskan Bush People since the show’s premiere in 2014.