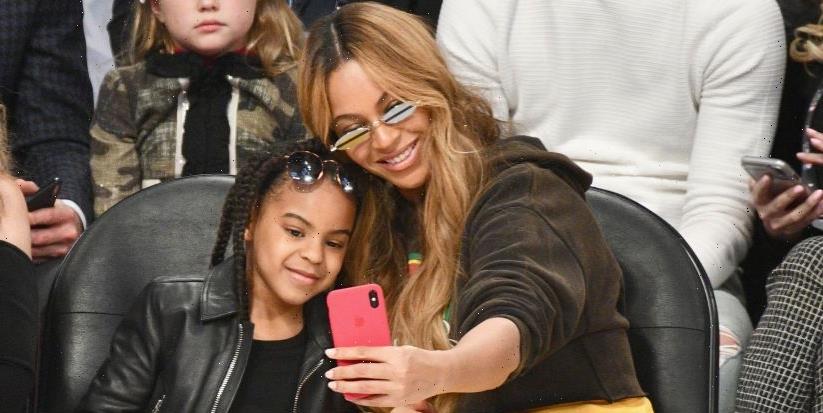 Ahead of the highly anticipated release of her seventh studio album, Renaissance, Beyoncé just dropped a new, never-before-seen photo of her and all three of her kids.

The picture, which appears on the singer’s website, features 10-year-old Blue Ivy and five-year-old twins Rumi and Sir sleeping in bed, snuggling up close to Bey. It also accompanies a letter from Beyoncé, detailing how she has dedicated her forthcoming album, in part, to her children.

“I want to give a special thank you to Rumi, Sir, and Blue for allowing me the space, creativity, and inspiration,” she wrote.

She also gave a sweet shout-out to husband Jay-Z, writing, “And a special thanks to my beautiful husband and muse, who held me down during those late nights in the studio.”

Here is a special message from Beyoncé. #RENAISSANCE

Dedicated to her children, her husband, her family, her Godmother Uncle Johnny, and to the LGBTQ+ community and all of the pioneers who originated the culture and the fallen angels whose contributions have gone unrecognized. pic.twitter.com/hm6Om9fi52

Beyoncé continued her message, expressing gratitude toward her “godmother” Uncle Jonny, as well as her Parkwood Entertainment team, and her parents.

“A big thank you to my Uncle Jonny. He was my godmother and the first person to expose me to a lot of the music and culture that serve as inspiration for this album,” she wrote. “Thank you to all of the pioneers who originate culture, to all of the fallen angels whose contributions have gone unrecognized for far too long. This is a celebration for you.”

She ended the note, “To all of my fans: I hope you find joy in this music. I hope it inspires you to release the wiggle. Ha! And to feel as unique, strong, and sexy as you are.”

Beyoncé had previously teased the title of Renaissance in an interview for Harper’s BAZAAR‘s September 2021 cover story.

“With all the isolation and injustice over the past year, I think we are all ready to escape, travel, love, and laugh again. I feel a renaissance emerging, and I want to be part of nurturing that escape in any way possible,” she said at the time. “I’ve been in the studio for a year and a half. Sometimes it takes a year for me to personally search through thousands of sounds to find just the right kick or snare. One chorus can have up to 200 stacked harmonies. Still, there’s nothing like the amount of love, passion, and healing that I feel in the recording studio. After 31 years, it feels just as exciting as it did when I was nine years old. Yes, the music is coming!”