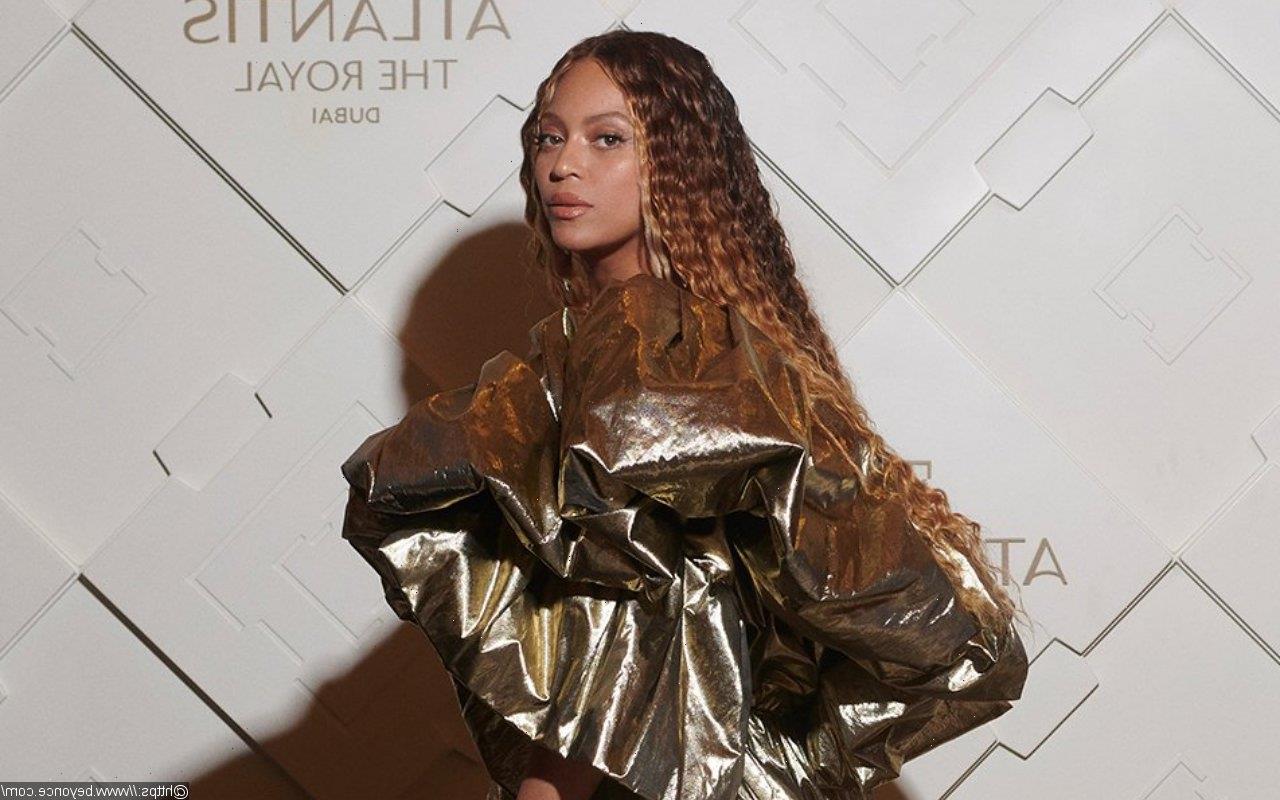 The ‘Formation’ songstress wears enormous diamond chandelier earrings, diamond and green Colombian 100 carat-plus emerald fan earrings, as well as a halo-style crown for the performance at Atlantis The Royal hotel in the UAE city.

AceShowbiz –Beyonce Knowles reportedly wore $7.5 million of jewels at her private gig in Dubai. The “Crazy in Love” singer, 41, made a comeback to the stage for her first concert in nearly five years at her invitation-only show to make the opening of the new Atlantis The Royal hotel in the UAE city on Saturday night, January 21, with TMZ reporting she was paid $24 million pay cheque for the show.

It’s now been estimated her bling cost around a third of the rumored payday. Page Six is reporting the multiple outfits Beyonce wore included about $7.5 million of Lorraine Schwartz jewelry.

It included enormous diamond chandelier earrings, as well as different diamond and green Colombian 100 carat-plus emerald fan earrings and a 30-carat yellow diamond ring. She wore a halo-style crown with another of her outfits, which included red gloves and bringing another pair of Schwartz diamond earrings.

For her final look of the concert, the singer wore a pink crystal-covered mini dress by Ukrainian designer Ivan Frolov, to which she added matching stockings and gloves and pyramid earrings featuring more than 60 carats of diamonds. Ivan told Vogue the outfit was “created in our workshop in Kyiv, Ukraine, during war and massive blackouts” and that “it just goes to show that no matter what, Ukrainian brands continue to showcase the world their resistance and culture.”

Beyonce’s stylist KJ Moody posted a series of photos from the gig with the caption, “Wow! This was my first Live performance, Styled by me! What a moment!! I have watched this woman tear down the house since I was 5 years old. Going to destiny’s child concerts, screaming and dreaming of one day being a part of a moment like this.”

Beyonce’s payday means she earned more than $280,000 per minute for her 85-minute Dubai show. The singer didn’t feature any of her new music on the set list, but performed hits including “Beautiful Liar”, “Halo”, “Crazy in Love” and “Drunk in Love”. Beyonce’s husband Jay-Z and their three children as well as her parents Tina Knowles-Lawson and Mathew Knowles were in the audience along with famous faces including Kendall Jenner, Rebel Wilson, Ellen Pompeo, Liam Payne and Bar Refaeli.