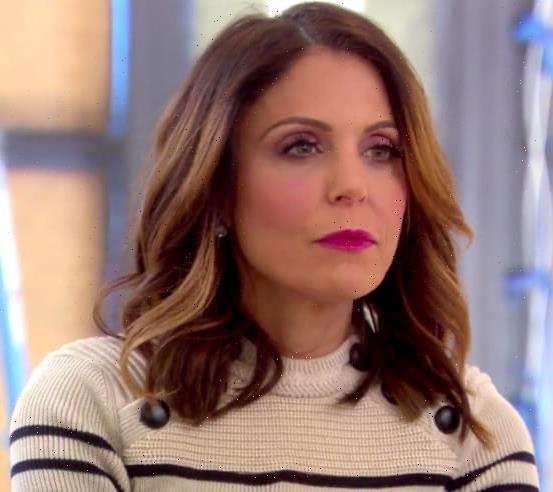 Bethenny Frankel would like to have a few words with, well… practically everyone.

As you may have read about over the past several weeks, changes appear to be on the way for The Real Housewives of New York City.

There’s been a downswing in ratings of late, along with major tension between first-year cast member Eboni K. Williams and other women on the show.

According to recent reports, production has shut down amid the chaos and conflict and no one’s job is safe at the moment.

What might this mean going forward? As far as cast upheaval is concerned?

The latest speculation comes from the Instagram account Deuxmoi, which stated this week that “a serious conversation [has been] happening” about how to restructure the existing cast members.

This celebrity gossip source claims that Luann de Lesseps may classified as a “Friend” next season.

If this holds up, it would mean Sonja Morgan and Leah McSweeney are on the chopping block — which would only come as a surprise because we keep hearing Singer is gonna get fired.

According to Deuxmoi’s tipster, though, Singer is “the only one performing in the key demographics.”

Meanwhile, executives wants to “keep Williams around for another go” because they think she’s “commercially helped the show” by appearing on The View … as well as “being a topic of conversation on Twitter” and “some prestigious outlets.”

“For now, the network is working on having Singer and Williams be the only returning apple holders, with the Countess sticking around in a part-time role to allow her to do more cabaret.”

Because “NBC has a financial stake in her cabaret show. What a way to secure your status on TV.”

However, the biggest shocker of all centers around Frankel.

Could she really make a return to the franchise that jump-started her very successful business career?!?

“Mortimer is closest to signing, but as much as she’ll play coy, Frankel isn’t far behind,” the aforementioned source alleges.

This would be major news to Bethenny Frankel, though.

In response to claims that she’ll appear once again as a cast member in 2022, Frankel made her stance as clear as possible on Twitter today.

“I posted on Insta that my being in talks w @BravoTV is [100%] false,” she wrote, prior to citing a nation that was just hit by a gigantic earthquake:

“I deleted there & took here Bc Haiti is what’s important & I don’t want to clutter msgs w false gossip. The leak is desperate for attention.

Doesn’t get much more straightforward than that. Straight from Frankel herself, too.

Still, nothing will look quite the same in New York City next season.

In an ideal world, Deuxmoi writes, producers would bring on Ramona’s friend, composer Lucia Hwong Gordon, to join the show.

The source added that Sherri Shepherd is “a potential choice” because Bravo is “desperate to find a famous housewife to come along and play.”