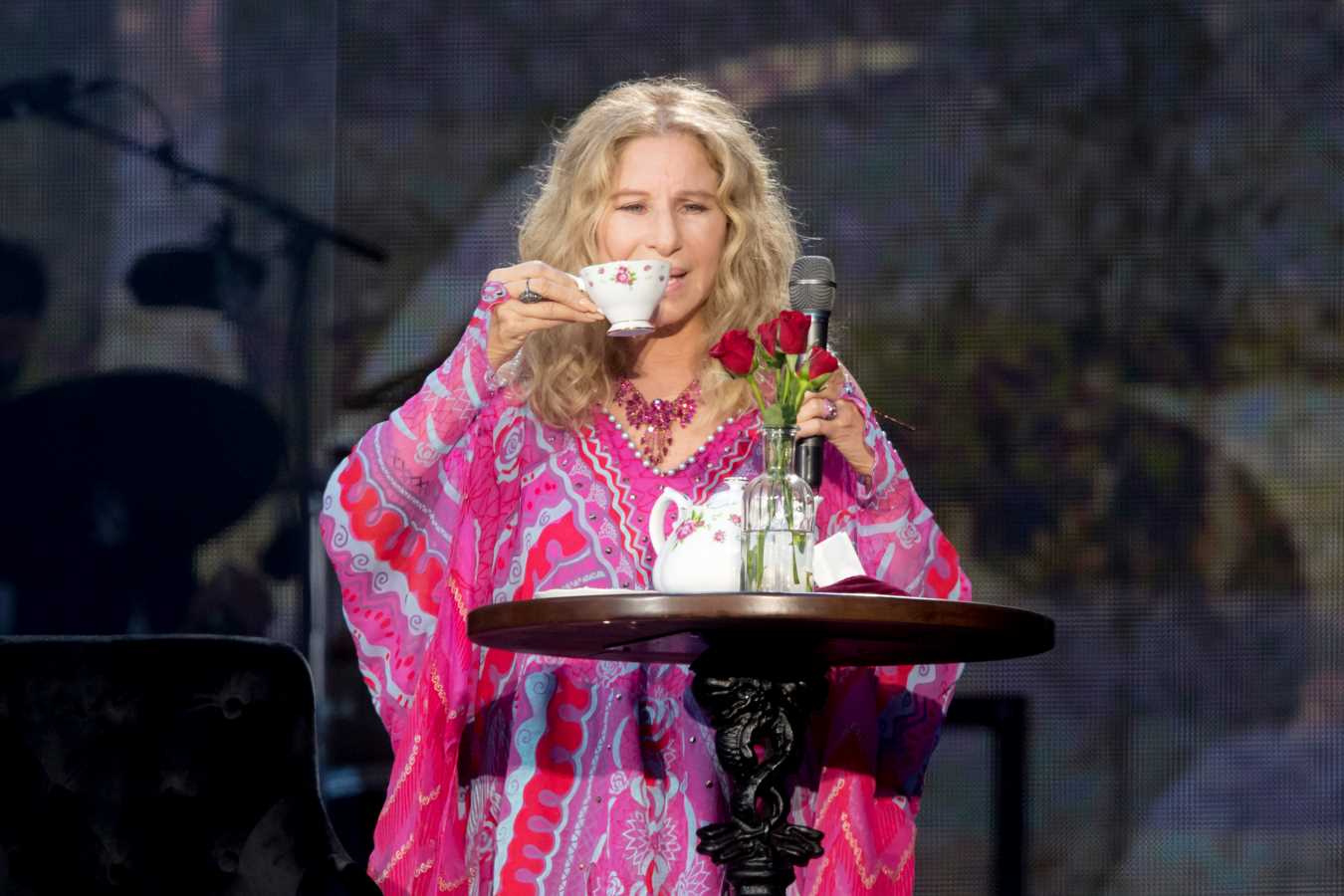 Barbra Streisand had some royal fun at her London show over the weekend.

The legendary singer and actress took the stage at London’s Hyde Park on Sunday, poking fun at the rumors that she was once romantically involved with Prince Charles.

As photos of the two together in the 1970s flashed on the stage’s big screen — as well as a newspaper headline that read “Barbra charms her prince, Charles” — Streisand joked, “If I had played my cards right, I could have been the first Jewish princess.”

The duo first met in 1974 on the set of her film Funny Lady. They crossed paths again 20 years later, when Streisand performed at the Wembley Arena for an event benefitting the Prince’s Trust charity.

Later that year, reports claimed Charles and Streisand had an affair after the prince split from Princess Diana. According to Christopher Andersen in his 2016 book Game of Crowns: Elizabeth, Camilla, Kate and the Throne, Charles and Streisand “had a secret rendezvous at the Bel Air Hotel that no one [knew] about.”

But Charles wasn’t the only royal referenced by the Oscar winner, 77, during her visit to London. Streisand also talked about meeting Princess Diana.

“After the performance, the protocol was for her to get up first, but she pushed me up and made me get up first,” Streisand recalled. “She was so kind.”

Meghan Markle, who welcomed son Archie on May 6 and celebrated his royal christening over the weekend, also got the Streisand treatment when the singer changed a lyric to reference the Duchess of Sussex.

She sang, “When the sun begins to sparkle, like that ring on Meghan Markle.”