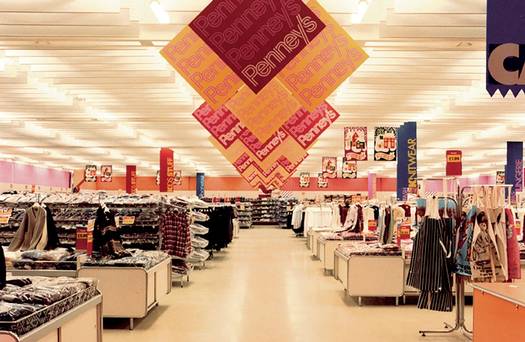 A portrait of Arthur Ryan hangs in the reception of the Primark HQ on Dublin’s Parnell Street, a perfect tribute to the man who passed away yesterday after an epic career in which he helped change the face of retail with his own vision of the value offer.

In the Stephen Shankland painting, Mr Ryan is captured at his dapper best. Always a man for a great tie, he wears a smart suit, chic scarf and leans on a shop rail of clothes. But it’s the eyes that strike you most. Piercing blue, they capture the legendary retailer to a tee.

Perceptive, wise and always vigilant to a potential opportunity and market trend, he never missed a trick and led a business from humble beginnings on Mary Street in 1969, to a global fast fashion force with more than 370 stores and 70,000 employees in 12 countries. Arthur Ryan was a born retailer to the tips of his fingers.

He wasn’t born with a silver spoon and no doubt those early school days at Dublin’s Synge Street, run by the infamously tough Christian Brothers, honed his ambitions.

It was typical of the young go-getter that when Ryan first met Garfield Weston – whose descendants are the controlling shareholders in Associated British Foods – on a Friday at 2pm, he started working for them at 3pm.

Those were the early days when he recruited many key staff including Breege O’Donoghue, who would be a key lynchpin with fellow directors to drive the company to such success. Arthur Ryan knew the value of money and time – and wasn’t afraid of pulling up his sleeves. He told ‘Drapers Record’ how in the early days, they worked the store by day, then handled deliveries “and then at night we cleaned the stores, as we couldn’t afford cleaners”.

This was typical of the hands-on style of the man who was hungry for success but never saw Penneys as being a one-trick pony tethered to just one country.

Ryan had vision to grow the brand into England. Spain was his first target in Europe but it took him eight years to convince the Westons.

The gamble paid off, followed by a string of new territories and Primark now has a retail necklace of stores across Europe and America. I met Arthur and his wife Alma when the Primark store opened in Boston in September 2015.

Notoriously media shy, he rarely had his photograph taken and certainly didn’t socialise with journalists.

However, with the US landmark opening, he had a good excuse to look back and regaled me with stories.

Like the time he had to come up with a new name for the expanding business because JC Penney was already registered in the States. Working on the word Prima, the Latin for first, 33 minutes later, he had found his new brand name – Primark. However, to we Irish and the widening diaspora shopping abroad, it will forever be Penneys, and we all have something we love and tell people how we “bought it for a fiver”.

In a 2018 interview with Paul Marchant, who replaced him as chief executive, Arthur Ryan revealed his proudest moment was “not being proud, and leading the people who give life to the business. My advice would be not to forget your roots and to keep your feet on the ground”.