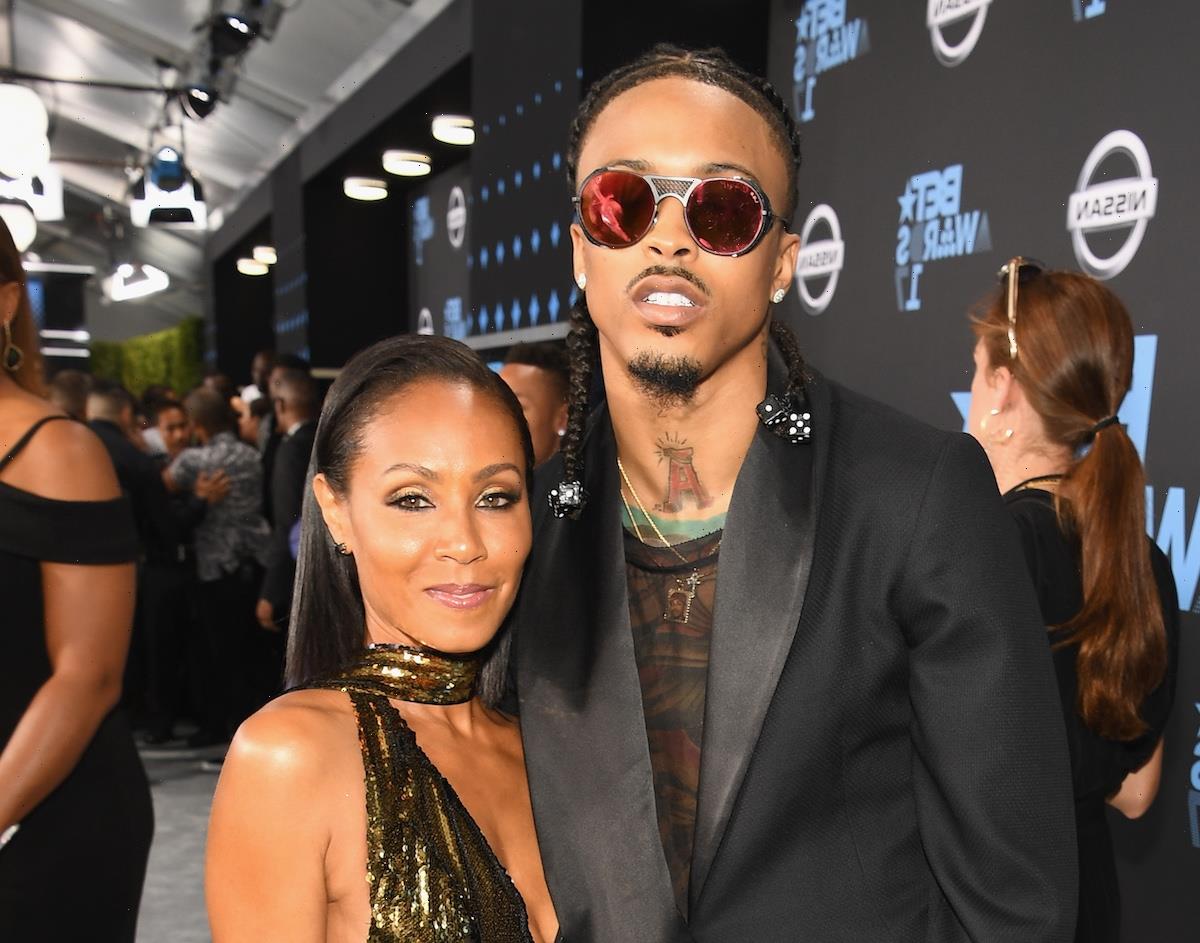 Will Smith and Jada Pinkett Smith have long made headlines, from TMI accounts about their personal lives to the infamous slap at this year’s Oscars. One interesting story is the couple’s open relationship. Pinkett Smith discussed it in an episode of her show, Red Table Talk, and her subsequent relationship with singer August Alsina. The actor referred to it as an “entanglement,” and it appears Alsina references the romance in his new song, “Shake the World.” 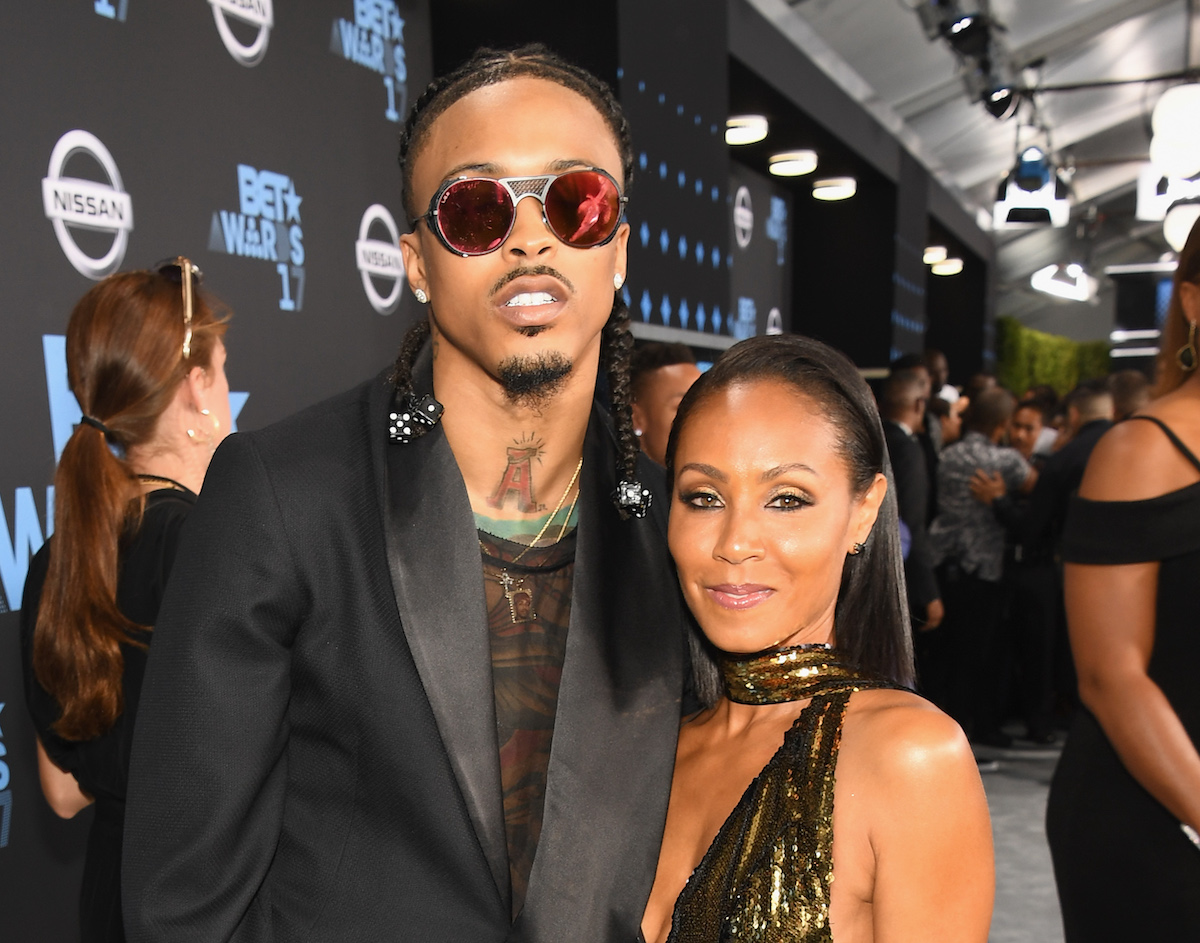 Alsina revealed in July 2020 that he and Pinkett Smith had carried on an affair. He claimed Pinkett Smith’s son Jaden introduced the pair.

During an interview with The Breakfast Club host Angela Yee and reposted to Alsina’s YouTube channel, the singer said, “I actually sat down with Will and had a conversation due to the transformation from their marriage to life partnership that they’ve spoken on several times.”

At the time, a representative for Pinkett Smith said the claims were “absolutely not true,” Page Six reported. But later that month, the actor confirmed the romance.

“Yes, it was a relationship, absolutely. I was in a lot of pain, and I was very broken,” she shared on an episode of Red Table Talk. “Now, in the process of that relationship, I definitely realized that you can’t find happiness outside of yourself.”

At the time, she and Will Smith were separated. The couple denied Smith ever gave Alsina “permission” to enter the relationship, but Pinkett Smith said Alsina “would perceive it as permission because [she and Smith] were separated amicably.” 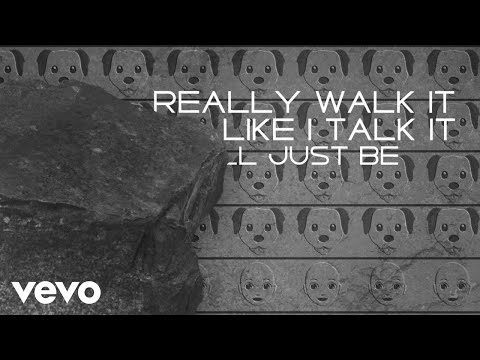 The artist recently released a song, “Shake the World,” that seemingly alludes to his so-called entanglement with Pinkett Smith. The lyrics, which Alsina posted to his YouTube channel on April 8, appear to describe his relationship with the Matrix actor.

Lines include “Well, of course, some s**t is bound to go down when you tangled up with the world’s favorite” and “I heard I was canceled/Well, let’s not speak on that. Red dot on my back, I became a target. And I’m flawed but flawless — that’s what makes me August.”

The release comes less than two weeks after Will Smith slapped Chris Rock onstage at the Oscars over a joke the comedian made about Pinkett Smith.

Some observers think Alsina’s song is a way for the artist to capitalize on his former relationship with the actor.

His song ‘Entanglements’ also alludes to their romance 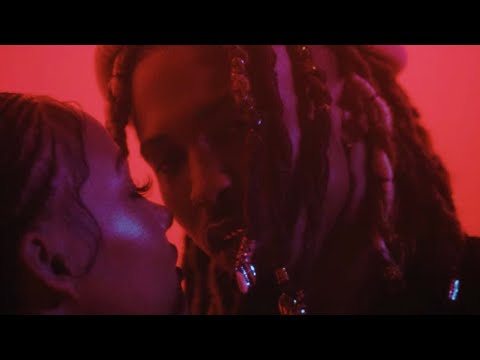 Pinkett Smith referred to her relationship with Alsina as an “entanglement,” and the word — and the story of their affair — went viral. The singer even capitalized on the fame, releasing the single “Entanglements” in September 2020, shortly after revealing their relationship.

“The definition of ‘entanglement’ is when you tangle in the sheets,” the artist sings on the track. “Girl, I know that we don’t call it a relationship, but you’re still f**king with me.”

Pinkett Smith and her husband moved past the rumors, even laughing when the topic came up during a red-carpet interview in February. But Alsina has clearly not forgotten about his connection to the famous couple.