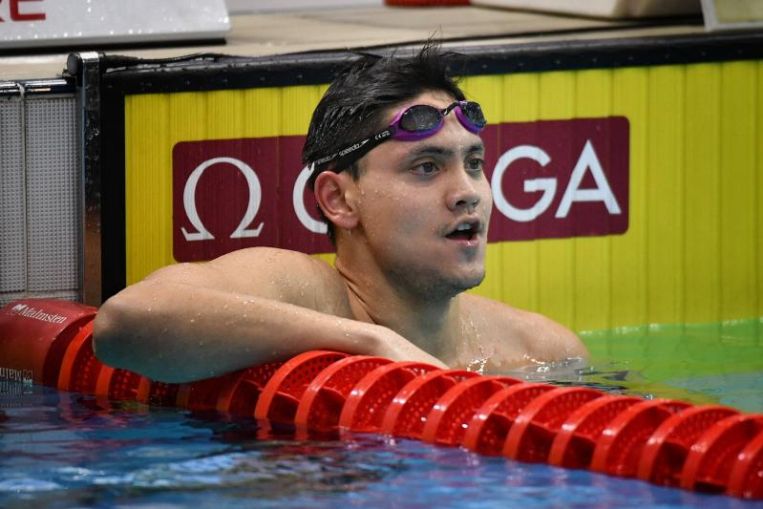 SINGAPORE – The Republic will be represented by its largest contingent at the Fina World Championships, with 30 athletes competing at the July 12-28 meet in Gwangju, South Korea.

There will be 12 swimmers, 11 artistic swimmers and seven divers – Singapore’s biggest diving contingent.

The previous record was 25 athletes at the 2007 edition in Melbourne. At the 2017 world championships in Budapest, Singapore fielded 14 athletes across all categories.

The swimmers, who left for a training camp in Koshi, Japan on July 8, will be led by 100m butterfly Olympic champion Joseph Schooling, who will start his world championships campaign in the 50m butterfly on July 21.

Schooling, who won a bronze in the 100m fly at the last two editions, noted the importance of the biennial meet in the lead up to next year’s Olympic Games.

“It’s the start of the last phase of our preparations towards Tokyo 2020. It will give all swimmers the opportunity to gauge where they are at,” he said in a statement on Monday (July 8).

“Competition will be stiff, but we are ready to take on the challenge.”

The 24-year-old has been pencilled in for the 50m and 100m fly and the 100m freestyle. He is also expected to feature in the relays.

She said: “My teammates and I have been training really hard and we believe we are in good shape to perform our best.”

National swimming head coach and performance director Stephan Widmer, noting the six “newbies” in the swimming line-up, told The Straits Times: “The challenge is to go to the meet and gain knowledge about how to perform at a world championships.

“They will be exposed to world champions and world record holders. It’s not the Asian Games, it’s another level up. So that’s our challenge.”

The world championships is also the swimmers’ first chance to qualify a relay team for next year’s Olympic Games, with the top 12 teams earning a relay spot in Tokyo.

Widmer added one of the goals is also to have a “high percentage of personal best times”.

He said: “That means you can handle the environment… everything changes in that environment – where you live, how you eat, having bigger competition next to you. Those are the things we look at as well, and that goes all the way up to our top swimmers.”

Artistic swimmers Debbie Soh and Miya Yong will open Singapore’s campaign at the meet, with the pair competing in the duet technical event on July 12.