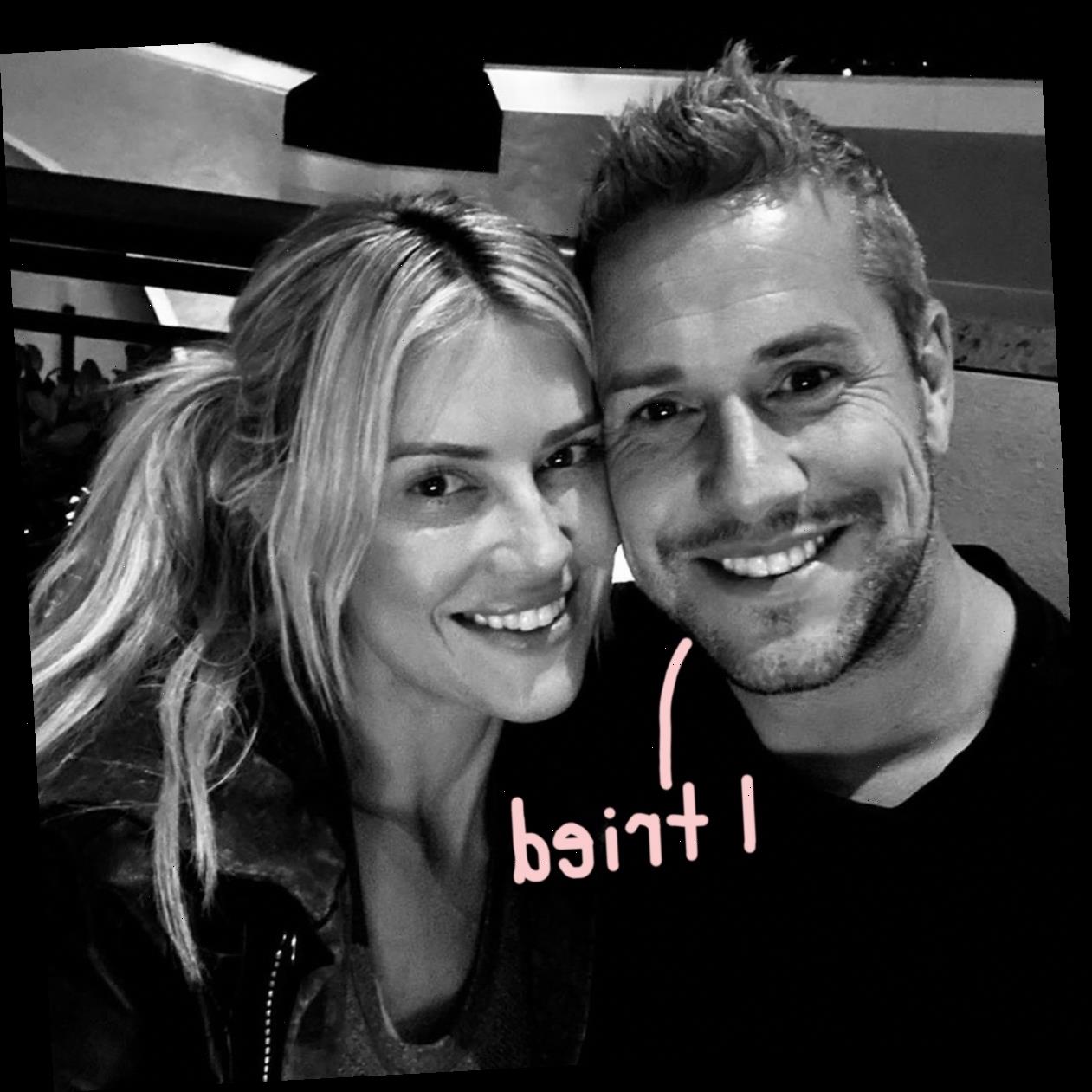 Ant Anstead has broken his silence on his separation from Christina Anstead, and he’s flipping the script on what happened.

As you’ll recall, the Flip or Flop host was first to announce the news on September 18, noting that she and Ant had “made the difficult decision to separate,” but it doesn’t seem like the UK native entirely agrees with her. Along with a black and white selfie of the couple (above), Anstead wrote via Instagram on Saturday:

“Anyone who really knows me knows that I don’t like to share private matters publicly. I have remained silent while holding on to hope. I never gave up on us. I pray Christina’s decision brings her happiness”

Note how he pointed out “Christina’s decision” and “her happiness.” Sounds for sure like she was the one to pull the plug on things, at least according to him!

This is the first time we’ve gotten confirmation (or half-confirmation at least) that Christina was the one to end it, which was previously rumored after their separation was announced. One source revealed to People that issues arose a year ago after the arrival of their son Hudson London Anstead:

“After the baby, they started having conflicts.”

Ultimately, the HGTV star was feeling “lonely and unhappy” at home, said the insider:

“Christina found it difficult to balance everything, their marriage was struggling.”

But through it all, the 37-year-old is doing her best to stay positive, the confidant claimed (below):

“She never expected to get a divorce. But she is doing okay and focusing on the kids.”

Christina actually affirmed herself that she never planned to get a divorce, let alone two, in a lengthy IG caption of her own on Saturday, which came a few hours prior to Ant’s. The mother of three shared in part:

“I never thought I would have one divorce let alone two. I never thought I would have 2 baby daddies – but sometimes life throws us curve balls. Instead of getting stuck in these ‘setbacks’ I choose to look at these challenges as opportunities to grow. So while some may judge me and throw around rumors about me, most of you support me. And that says a lot about this world and where we are headed.”

Read more from Christina (below):

For those of you who don’t know me (or think you know me) let me reintroduce myself. I hate crowds, I love traveling, all things spiritual, the ocean and deep one on one conversations. I never thought about being on tv. I wanted to be a sports agent like Jerry Maguire. But I always loved looking at houses with my parents especially model homes and I always wanted to be my own boss… So in college when I was called (intuitively) to get my real estate license at a local community college I followed my intuition. I got started in real estate at 21 which led to selling houses which led to flipping houses which led to Tv. Now while I never wanted to be on tv, stepping out of my comfort zone and into the unknown has always been my thing. I live in a state of anxiousness and I’m so used to it that when it’s not there I tend to feel a void and hop into something that causes the feeling I’m used to. This can be good and bad. And it’s one of the things I’m working on breaking the pattern of. Sometimes anxiety and pursuit of new dreams leads me down amazing paths, other times it leaves me feeling lost and in a state of fight or flight / or crying in my closet. Tv changed my life and I am grateful for the life it’s provided, the experiences, the friends I’ve made along the way. Sometimes our calling is bigger than our plans. I never thought I would have one divorce let alone two. I never thought I would have 2 baby daddies – but sometimes life throws us curve balls. Instead of getting stuck in these “setbacks” I choose to look at these challenges as opportunities to grow. So while some may judge me and throw around rumors about me, most of you support me. And that says a lot about this world and where we are headed. I’m messy, I’m real and I’m working on healing. I’m surrounded by extremely powerful women who help me cope, build me up and push me to be better. If you’ve DM me or text me – I haven’t written back because I’m taking time to clear the “noise” and focus on myself and the kids. I appreciate the support and I hope my story inspires you to not be so hard on yourself for the decisions / choices you’ve made. We are all a work in progress. ✨♥️

Any thoughts on this split, y’all?! Let us know your take (below) in the comments.