‘Princess Diaries’ alum Anne Hathaway went makeup free in a new selfie as she wrapped her latest film one day before her 39th birthday.

Anne Hathaway was all smiles as she posed for a selfie ahead of her 39th birthday! The Oscar-winning actress took to Instagram on November 11 to share a makeup-free selfie, revealing she finished filming Armageddon Time, a period piece about growing up in Queens, New York in the 1980s. “That’s a wrap on #ArmaggedonTime! What a gem of an experience; feeling very grateful to everyone involved,” she captioned the happy snap, adding, “Just in time, too.”

The pic showed Anne seemingly in a car, wearing a black top with a mustard yellow jacket and a gold, crossbody bag. She went makeup free for the photo, as she styled her raven tresses in loose waves and accessorized with a gold chain necklace. Her latest film, which was written and directed by James Gray, is described as “a coming-of-age story about growing up in Queens in the 1980s.”

Of course, Anne first burst onto the scene 20 years ago when The Princess Diaries made its debut. She shared a post back in June to celebrate the iconic film. “Miracles happen… Happy 20th Birthday to #theprincessdiaries, AKA the film that launched a thousand sleep overs ,” Anne captioned the post which featured screenshots from the film, along with behind-the-scenes photos of the film that launched her career. 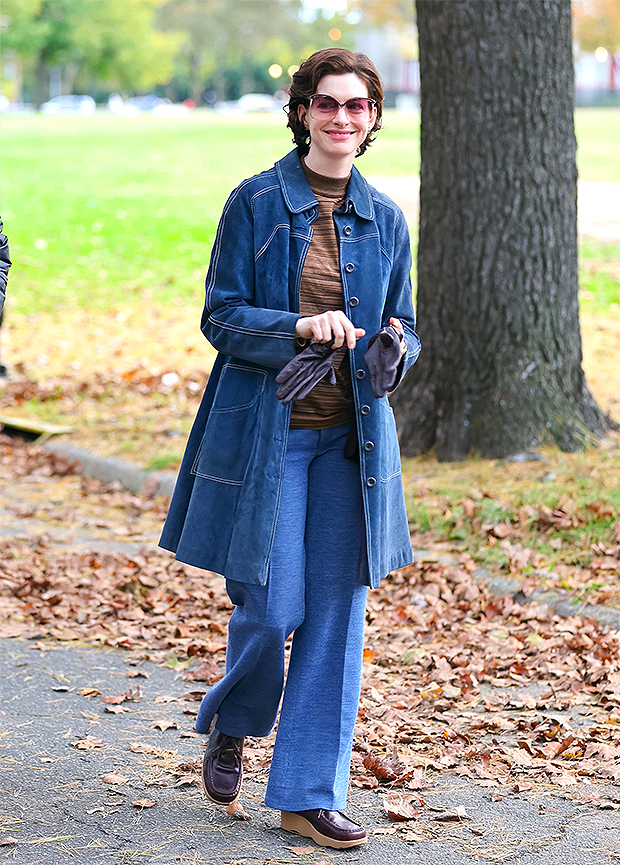 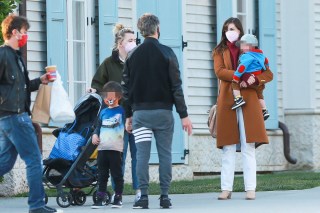 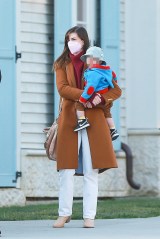 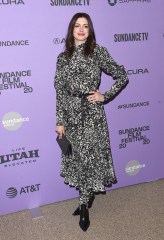 One fan commented, “the most formative experience of my childhood,” while another sharaed, “IM WAITING FOR PRINCESS DIARIES 3 ANNIE.”. Fellow castmate Mandy Moore also posted a tribute in honor of the anniversary. “Wowww talk about a #ThrowbackThursday! Happy 20th birthday to #ThePrincessDiaries and a real bop …#StupidCupid!,” she wrote, referring to the song she sings in the hit Disney movie.

When she’s not in front of the camera, she and her husband of nine years, Adam Shulman, 39, are raising their children, Jonathan Rosebanks, 5, and her adorbale one-year-old baby boy, Jack. During a recent appearance on Live with Kelly and Ryan, Anne revealed that Jonathan is adjusting to his new little brother, Jack, perfectly. “No coping, just love,” she told Ryan Seacrest of their relationship. “Now Jack’s big enough to wrestle with, and that’s brought a new element to their relationship that’s really cute.”