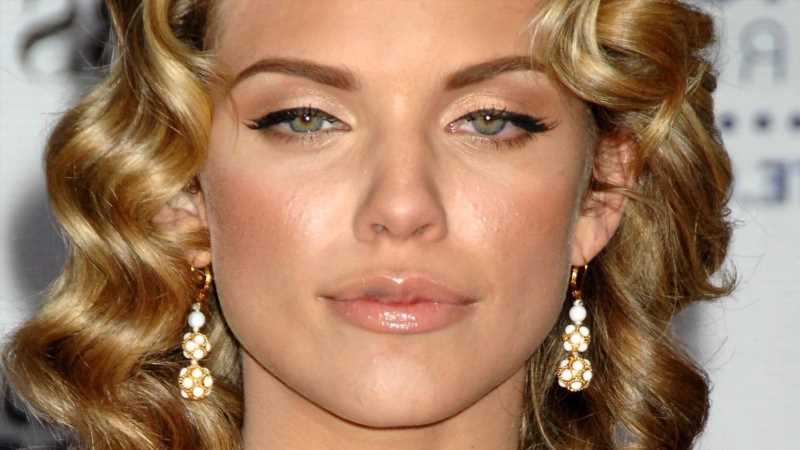 AnnaLynne McCord has used her fame for good ever since she shot into the spotlight. The star first gained notoriety playing Eden Lord on Nip/Tuck from 2007 until 2009, then landed herself a main role on The CW’s teen drama 90210 (part of the Beverly Hills, 90210 world) as the sassy Naomi Clark from 2008 until 2013. Fans may also recognize her from the TV movie world, as she appeared alongside Mario Lopez in the 2020 festive Lifetime movie Feliz NaviDAD and also starred as the lead in 2019’s Anniversary Nightmare.

McCord has been very open about her life and shared in May 2014 that she had been sexually assaulted by a male friend when she was 18. Speaking to Cosmopolitan, she recalled how the incident caused her to break down while filming a scene for 90210 in which her character was raped. She explained that her castmates “had no idea that I had actually been sexually assaulted by someone I knew in real life.”

Since then, she’s used her platform to help others who have experienced sexual abuse and spoke openly at the United Nations in support of the UN Women for Peace Association. On her website, she’s described as a TEDx speaker, advocate, and activist with a “candid outlook on sex, anti-sexualized violence, anti-domestic abuse,” and slavery.

McCord has gotten even more candid about her life, as she opened up about a serious mental health diagnosis.

AnnaLynne McCord got candid about her DID diagnosis

In April 2021, AnnaLynne McCord shared she has dissociative identity disorder (DID), previously called multiple personality disorder. She got extremely candid about her diagnosis with Amen Clinics, revealing she’s “uninterested in shame” which has allowed her to be able to “articulate the nature of these pervasive traumas… as horrible as they are.”

McCord explained she doesn’t have any memory before she was around 5 years old, but can “recount incidents throughout” from 5 until 11. At 13, she explained she has “a singled-out memory that was one thing, but [doesn’t] have the sense of anything else at that time.” In addition to being raped at 18, McCord told People in 2019 she’d received “treatment for PTSD and memories of child sexual abuse [that] came back for years all the way until I was 11.”

McCord explained that she used her other personalities while acting, but didn’t fully realize until filming 2012’s horror movie Excision. She recalled how she struggled to return to her 90210 character right after, admitting she stayed in a “dark” place. “I played a very cerebral, disturbed, strange little girl that was very close to who I feel I am on the inside,” McCord said, calling it “very exposing, very confronting” and “a bit re-traumatizing without realizing it.”

McCord shared she’d already done a lot of work on herself and wanted to “change the narrative around the behaviors that follow trauma,” revealing she’s working on a treatment plan.

If you or someone you know is struggling with mental health, please contact the Crisis Text Line by texting HOME to 741741, or call the National Alliance on Mental Illness Helpline at 1-800-950-NAMI (6264).

If you or someone you know has been the victim of sexual assault, you can call the National Sexual Assault Hotline at 1-800-656-HOPE (4673) or visit RAINN.org for additional resources.