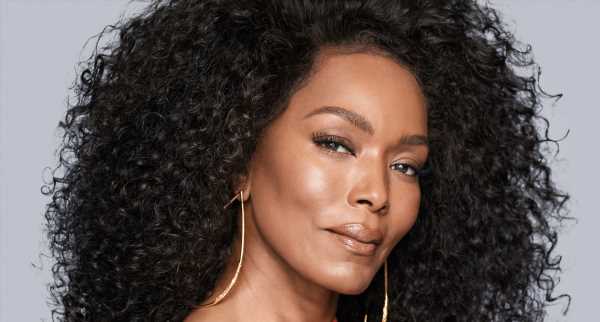 Angela Bassett is on the cover of NewBeauty‘s Fall 2019 cover!

On the beauty routine we may be surprised to hear about: “I know lashes are no surprise! Botox is no surprise! I’m a big supporter of being natural, but I’ve done it twice. Just a little bit, not too much—I still need to express myself. What else? I’ve tried Ultherapy, too.”

On in she’s a cool mom: “Well, I just surprised my son by flying him to Napa Valley for his first Logic concert. We told him, “We’re going away. We’re going to Northern California. Here’s your Logic T-shirt.” He loves this guy so intensely, so I wanted to surprise him and rock his world—I wanted to let him know who’s boss. Yes, it’s still his mama! It was his first concert. We’ll never, ever forget it. It was such a new experience for him. He even got to meet him and hang out. Because he’s only 13, he had no idea what the world even looked like after ten o’clock at night!”

On her kids being teens: “Talk about transformation! They are in those stages—they are still a little bit innocent, but you can also see that they are teenagers. It’s that time that they are very concerned about what their friends think, and not so much about what you think. You get some nos, you get some yeses, and all you can hope for is that that early work you put in will circle back around.”