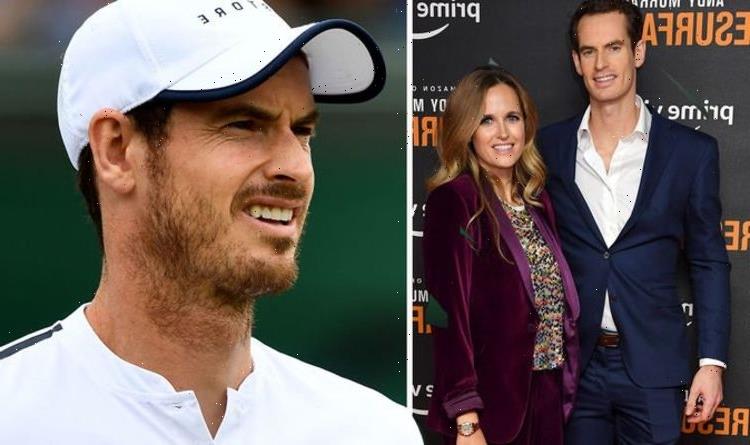 Former Wimbledon champion Sir Andy Murray opened up about his marriage during a new interview. The 34-year-old told comedians Rod Beckett and Romesh Ranganathan that he’d considered shaving all of his body hair to impress his wife Kim Sears, during a “dry spell”.

The father-of-four made his admission during a chat for their Sky One series Rob & Romesh Vs.

In a video obtained by Metro.co.uk, he can be seen answering questions from the pair while on a tennis court.

Rob cheekily asks the star if he had ever considered shaving off his body hair.

To which Andy replies: “I think I have touched on it with my wife and said, ‘Would you like me to?'”

Amused by the remark, Romesh asks the tennis ace to explain how their conversation came about.

“So were you having dinner or was it late one evening and you said, ‘Would you like it if I shaved my body from top to bottom?'”

Chuckling to himself Andy went into more detail.

“We’d probably been going through a bit of a dry spell and maybe I’d lost a bit of confidence,” he said.

Andy made an impressive return to Wimbledon this year following a successful hip operation to correct an on-going injury.

He made it to the third round of the grand slam contest.

The Scottish star lost to Canadian tennis player Denis Shapovalov, 22, who is set to take on Novak Djokovic in tomorrow’s semi final.

The finals are scheduled to take place this weekend.

Wimbledon is not the only sporting event hitting the headlines this week.

Last night, the England football team made history when they secured a place in the Euro 2020 final on Sunday.

Rob was at Wembley Stadium to watch the historic match take place, documenting his night on social media.

He could be seen celebrating in the stands with fans before meeting up with celebrity pals.

After the national team’s victory, the 35-year-old continued to party and ran into TV presenter Declan Donnelly and Holly Willoughby’s husband Dan Baldwin.

At 2am he was still out celebrating and had to get a cab home after missing the last train.

This morning he revealed that he had also missed the school run, following his big night out.

Rob & Romesh Vs. airs tonight at 9pm on Sky One.