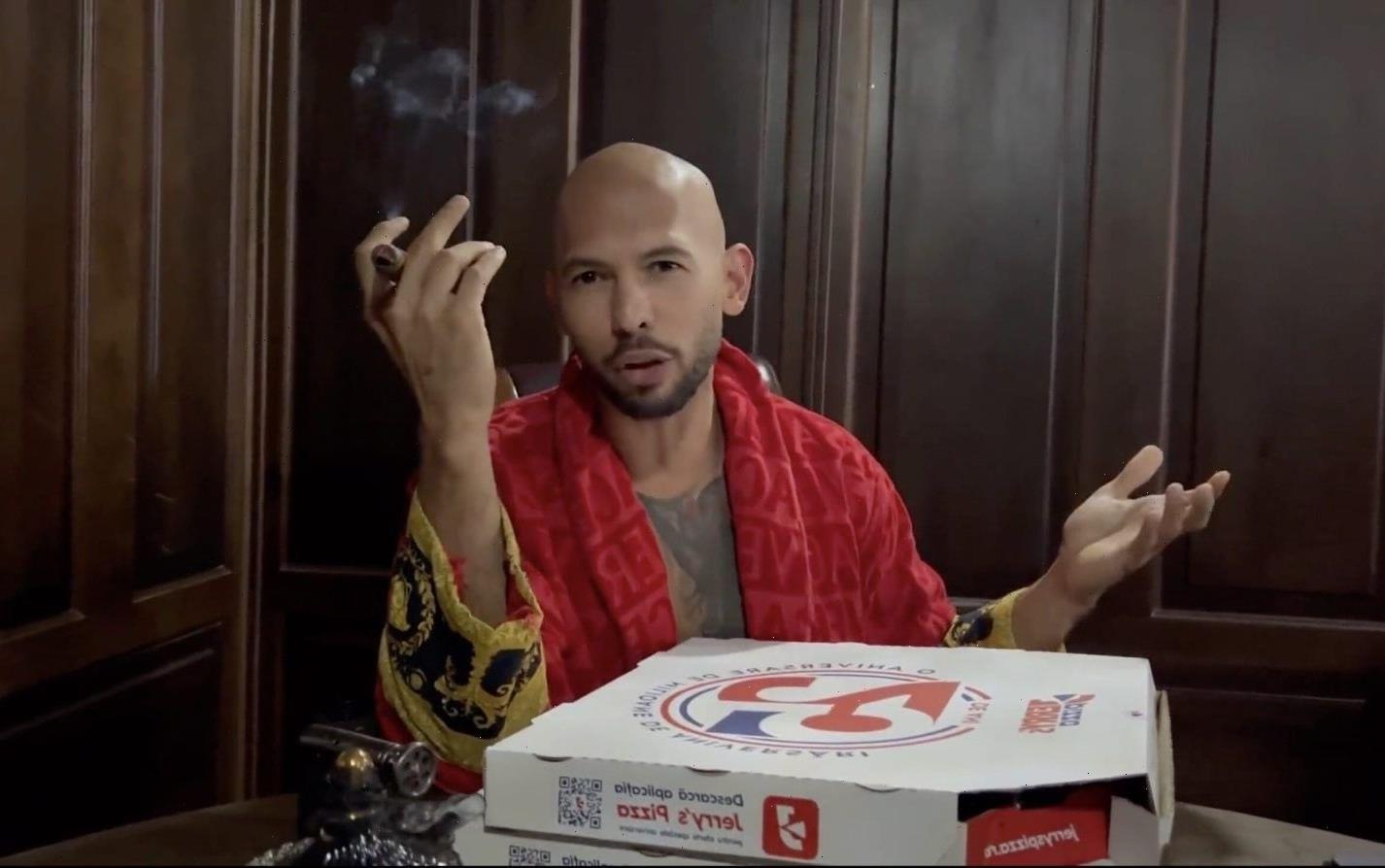 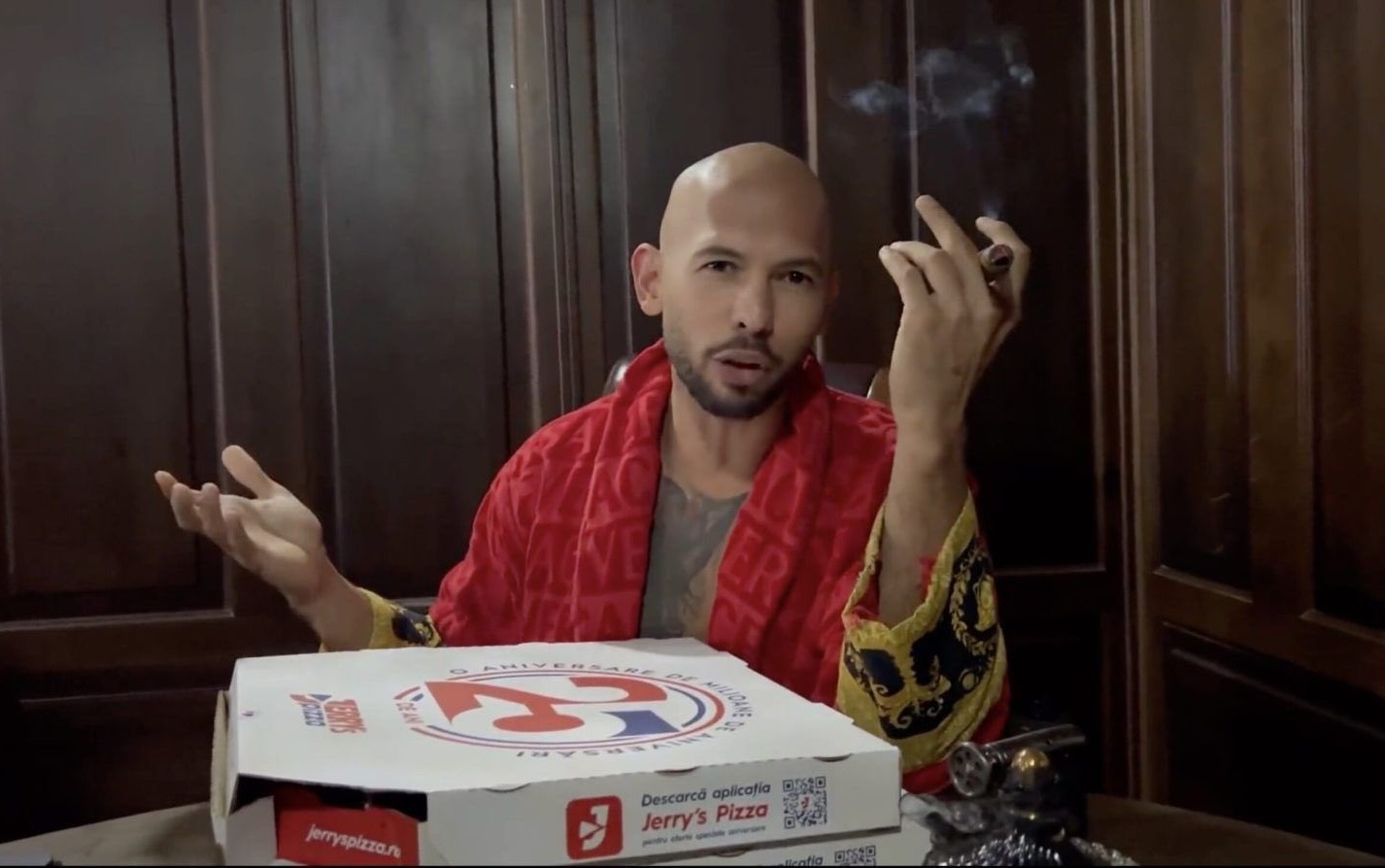 I sincerely hope this is the kind of dramatic FAFO energy we can bring into 2023. What a story to end the year!! As we discussed, Andrew Tate – the infamous misogynist and right-wing caricature – decided to tweet at Greta Thunberg to show off his car collection. Greta destroyed Tate with one quote-tweet. Tate’s immediate reaction was to go Full Karen and tweet “how dare you?!” at Greta. Then it took Tate about nine or ten hours to think up his comeback: a video in which he spoke to camera and targeted hate at Greta. Well, funny thing about that video: he filmed it in his compound in Romania. The same compound where he traffics and abuses women and girls. Romanian authorities were waiting to arrest Tate when he was back in the country, and because of Tate’s video to Greta, they knew he was back. Because of the pizza box – Jerry’s Pizza is a local Romanian pizza franchise. Hours after Tate made his stupid, small-D clapback video to Greta Thunberg, Romanian authorities swarmed Tate’s compound and arrested Andrew Tate and his brother.

Controversial online influencer Andrew Tate has been detained in Romania as part of a human trafficking and rape investigation. Mr Tate – who was detained alongside his brother Tristan – had his house raided in the capital, Bucharest. A lawyer for the brothers confirmed their detention, Reuters said.

The former kickboxer rose to fame in 2016 when he was removed from British TV show Big Brother over a video which appeared to show him attacking a woman. He went on to gain notoriety online, with Twitter banning him for saying women should “bear responsibility” for being sexually assaulted. He has since been reinstated.

“The four suspects … appear to have created an organised crime group with the purpose of recruiting, housing and exploiting women by forcing them to create pornographic content meant to be seen on specialised websites for a cost,” prosecutors said, according to the Reuters news agency. The brothers have been under investigation since April alongside two Romanian nationals.

Romania’s Directorate for Investigating Organized Crime and Terrorism (DIICOT) issued a statement, but did not name the Tate brothers, stating that two British citizens and two Romanian citizens were suspected of being part of a criminal group focused on human trafficking. The statement said officers had identified six people who were “sexually exploited” by what it called an “organised criminal group”. Police said the victims were “recruited” by the British citizens, who they said had misrepresented their intention to enter into a relationship with the victims – which it called “the loverboy method”.

I hope the Tates go to prison for a very long time. I hope their victims get help and healing. I hope Greta Thunberg continues to exist and thrive to the point where her haters tie themselves in knots and end up defeating themselves. Greta had one more excellent burn left too, which I’m including below. 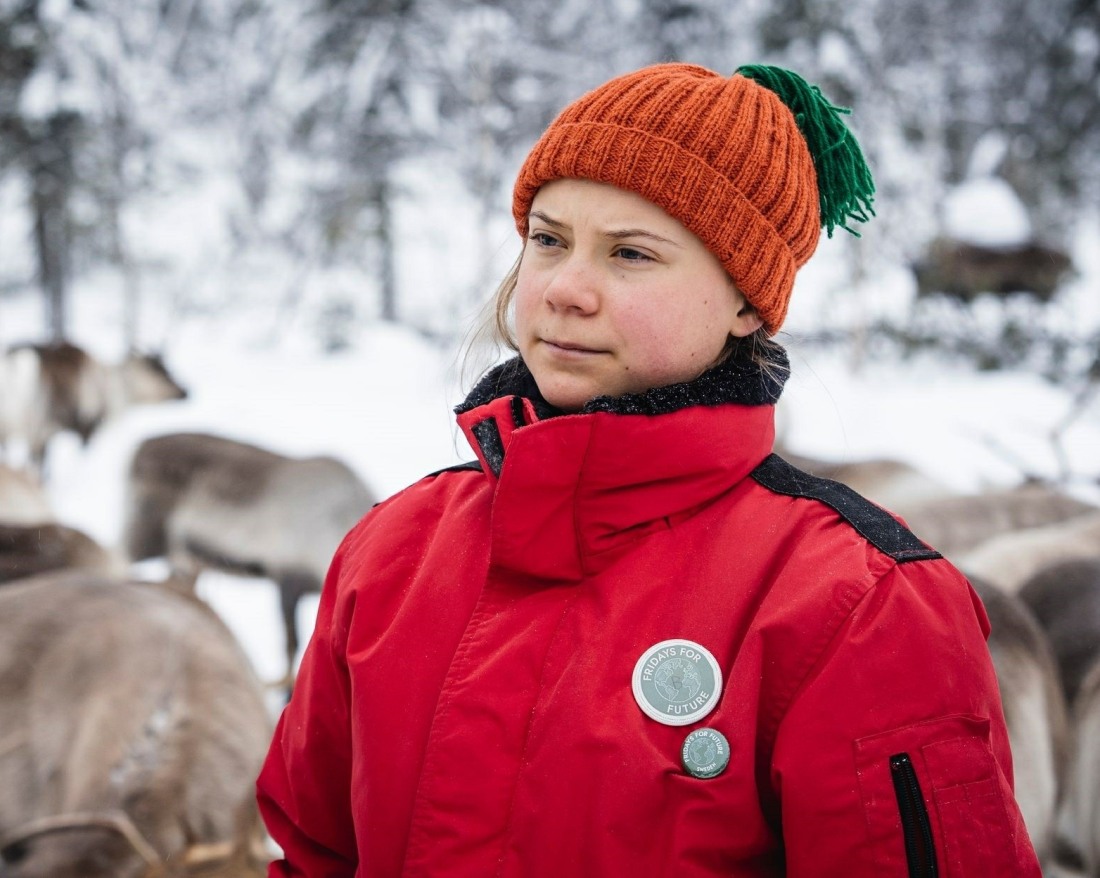