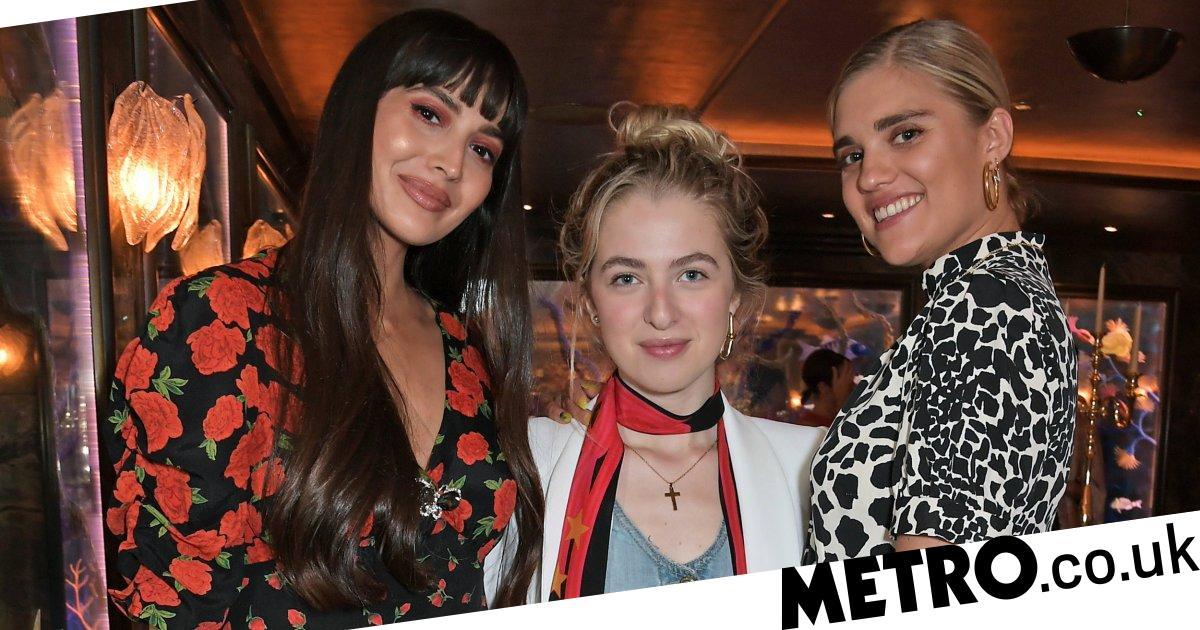 Anais Gallagher isn’t letting this drama between her father Noel Gallagher and uncle Liam get in the way of a good time.

The daughter of the Oasis rocker was dragged into their bitter feud this week after she received a ‘threatening text’ from Liam directed at her step-mum Sara MacDonald.

Basically, the two went head to head on the socials when Sara called Liam a ‘fat t**t’ when saying she was going to swerve his Glastonbury set on the weekend.

Liam was evidently reading the news that day and sent Anais a message asking her to tell Sara to watch herself.

Still, 19-year-old Anais shrugged off the drama as she headed out with Daisy Lowe and put a big smile on her dial on Wednesday night.

Stepping out to celebrate online retailer Very.co.uk’s 10th anniversary, she was more than happy to pose for photos alongside Daisy, Zara Martin and Tigerlily Taylor.

It comes after Liam, 46, was forced to apologise when he was put on blast by brother Noel over the messages, leaked to Twitter.

In the message, Liam said: ‘Tell your step Mam to be very careful’ and after he added, perhaps with his tail between his legs: ‘My sincere apologies to my beautiful mum Peggy and my lovely niece Anais for getting caught up in all of this childish behaviour I love you both dearly LG x’.

Noel hit out at his brother on Tuesday on Twitter, writing a furious response.

The 52-year-old said: ‘So you’re sending threatening messages via my teenage daughter now are you?

‘You were always good at intimidating women though eh? What you planning on doing anyway?’

Seemingly referring to previous reports that Liam, 46, was seen on camera ‘grabbing’ his girlfriend Debbie Gwyther’s throat, Noel said: ‘Grabbing my wife by the throat to show her who’s boss… or maybe trying to waddle through our double gates and performing “S**twave” in the communal garden or daubing your wank lyrics on the toilet walls?’

Noel continued: ‘If I wake up to find one of the kids gerbils upside down on the cheese board with a knife in it I’ll be sure to inform the local care in the community officer.’

He added sarcastically: ‘And don’t try and kidnap the cat either we’ve just employed Ross Kemp as his close protection officer. Enjoy the summer Big Tits. Catch up soon.’