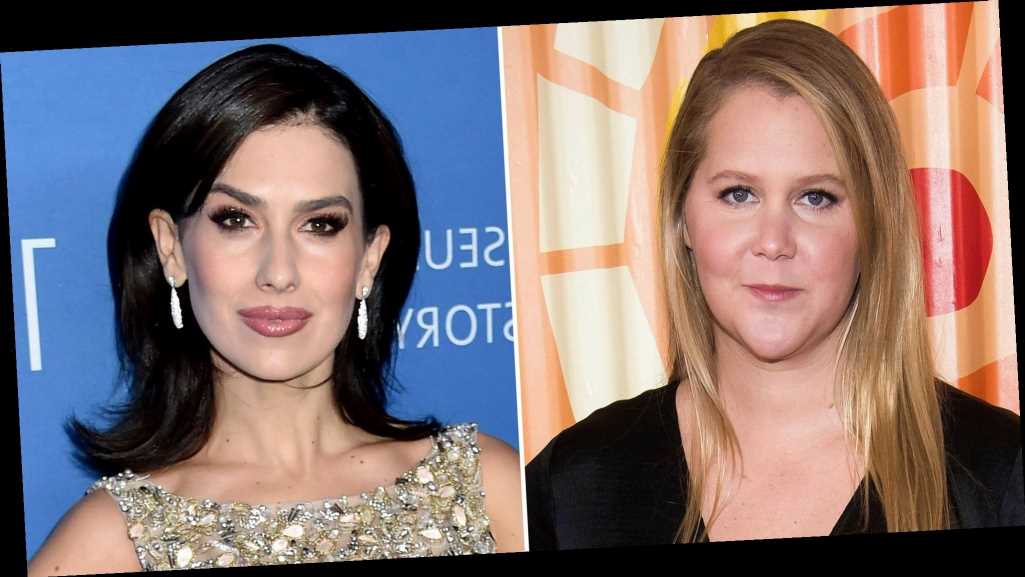 Back for more? Hilaria Baldwin’s fake accent controversy garnered a reaction from Amy Schumer after their recent drama.

As Baldwin drew criticism for allegedly faking her Spanish accent, the I Feel Pretty star weighed in by sharing a photo of herself posing in an oversized hat and sunglasses. “I get it. I went to Spain a couple times and loved it too,” the comedian captioned a since-deleted Instagram post on Sunday, December 27. She also added the cucumber emoji, referring to the viral video in which Baldwin didn’t know how to say the vegetable’s name in English.

The backlash against the “Mom Brain” podcast host, 36, stemmed from a viral Twitter thread, in which she was accused of engaging in a “decade long grift where she impersonates a Spanish person.” She was also slammed for allegedly going by “Hillary” while growing up in Massachusetts.

“If I’ve been speaking a lot of Spanish, I tend to mix them and if I’m speaking more English … then I mix that,” she said via Instagram on Sunday. “It’s one of those things that’s always been a little bit, I’ve been a little insecure about.”

Baldwin noted that she does “try to speak more clearly in each language,” adding, “I think that that’s something that I should try to do, but sometimes I mess it up and it’s not something that I’m, like, playing at. So, I want that to be very, very, very clear.”

Despite Schumer jokingly responding to the issue, the Spanish-born writer did receive support from her husband, Alec Baldwin, and stepdaughter, Ireland Baldwin. “There’s things that have been said lately about people that I love, that I care about deeply, which are ridiculous. I mean, just ridiculous,” the 30 Rock alum, 62, said as he slammed the speculation in a nearly nine-minute-long Instagram video, while the 25-year-old model took to her Instagram Stories to call the trolls attacking Hilaria “sad and pathetic.”

Days earlier, Schumer was slammed by Hilaria for using her postpartum pic as part of a 2020 holiday card joke. At the time, the Inside Amy Schumer alum pretended that the Living Clearly Method author’s lingerie pic with her 3-month-old son, Eduardo, was a shot of herself alongside her 19-month-old son, Gene.

Celebs Fight Back on Social Media

Hilaria, who was subsequently bashed by body-shamers for her post-baby appearance, noted that “some moms do” like the way she does after giving birth. “I am included in the inclusivity. I do look a certain way. This is what I look like,” she explained in an Instagram video post on December 22. “I come from smaller people. I have been a fitness person my entire life. There you go. Period, end of story.”

The Girl With the Lower Back Tattoo author pulled her post about Hilaria and later commented that she is “sorry.”