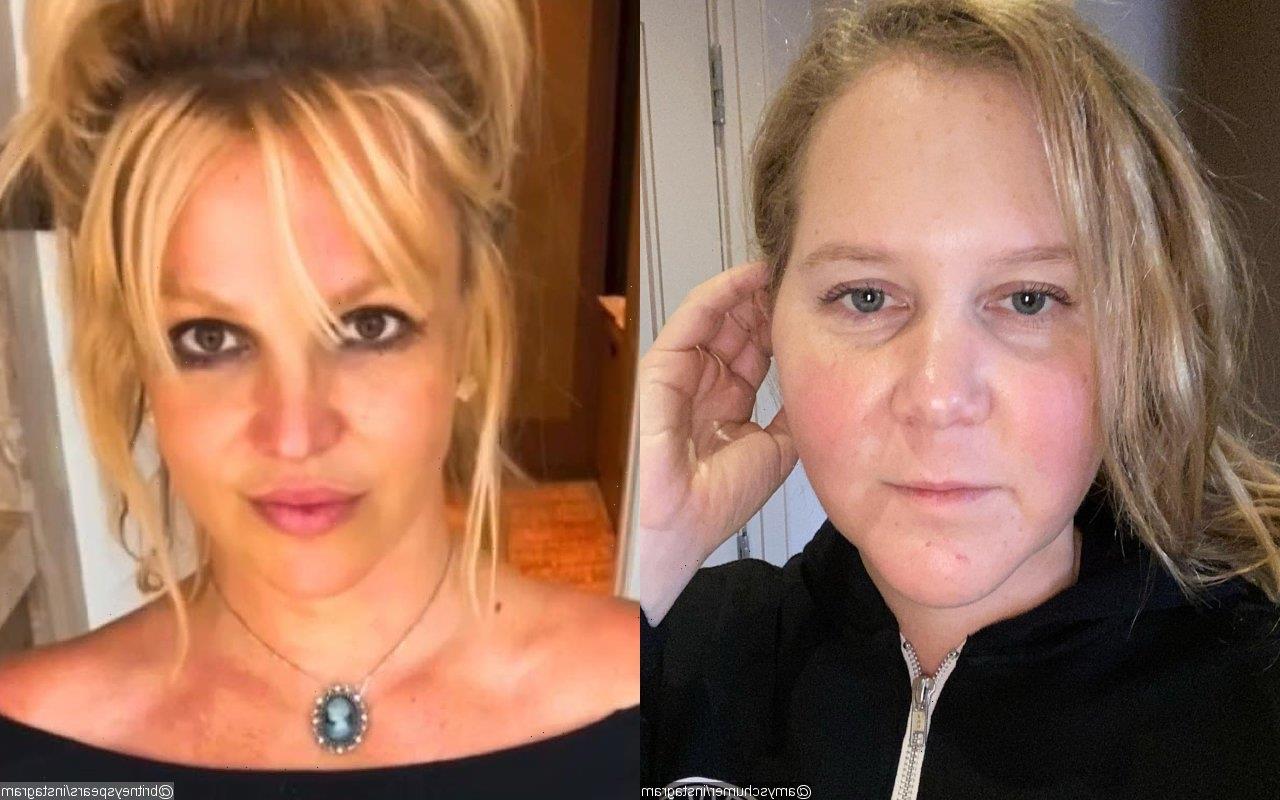 Days before her hosting duty, the ‘Life and Beth’ actress turns to social media to share a video of her showing off some dance moves wearing nothing but black undies.

AceShowbiz –Amy Schumer knows how to turn up the heat. Taking to her social media account, the “I Feel Pretty” actress posted a video of her dancing topless in her underwear ahead of her Oscars hosting duty.

On Tuesday, March 15, the “Trainwreck” star made use of Instagram to share a cheeky clip that saw her showing some dance moves shirtless during a dress fitting. “Oscar and @lifeandbethhulu fitting. Can’t stop dancing. #badtattoo #baddancing,” the 40-year-old comedienne, who flaunted her lower back tattoo as she only wore black undies, captioned her post.

In the comment section, many Instagram users likened her clip to Britney Spears‘ as the “Toxic” hitmaker often shares dance videos while showing some skin. “Yes it has the current Britney energy! And let’s agree the tattoo is fantastic, as is the dancing,” wrote one fan. Another chimed in, “I thought it was Brittany Spears. [gasped emoji].”

Someone else asked Amy to make a collaboration video with the “Oops!…I Did It Again” songstress, writing, “You and Britney should collab !!” A separate person added, “In all honesty, i thought this was Brittany Spears posting another dance video.”

The cheeky post came shortly before Amy is set to host the 94th Annual Academy Awards later this month. The “Snatched” actress will be hosting the star-studded event alongside Wanda Sykes and Regina Hall.

Speaking to Extra earlier this month, Amy joked that she’s “going to get [herself] in some trouble as per the [usual].” The “Life & Beth” actress said, “Wanda, Regina are hilarious, and we’re having a blast preparing. I mean, I don’t know who made the decision to let me personally be a host, but it’s not a good one … because it’ll burn all bridges. I’ll burn every bridge.”