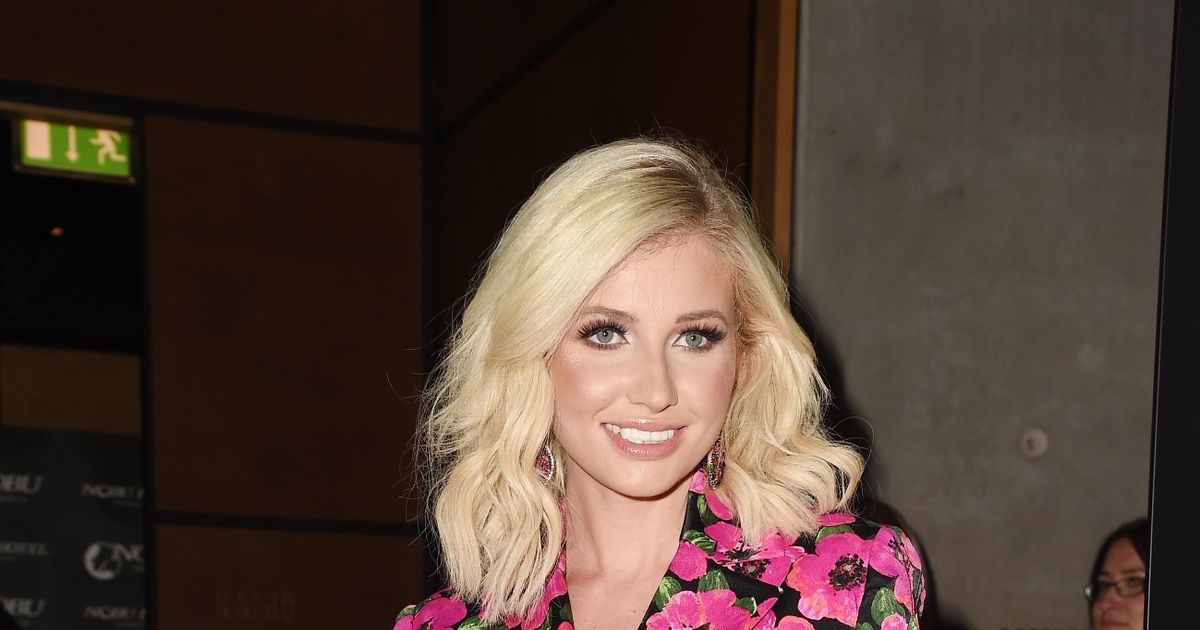 Amy Hart has been making the most of her new celeb status since leaving the Love Island villa.

Hours after being announced as a Loose Women panelist , the former air hostess was spotted arriving at the star-studded ITV Summer Party.

28-year-old Amy was seen mingling with the top talent at the bash in London's trendy Shoreditch – alongside many of her fellow ex Islanders.

Her appearance at NOBU hotel means that Amy would have missed seeing ex Curtis Pritchard's romp with Maura Higgins during Wednesday night's instalment of the dating show.

Days after voluntarily walking out of the villa, Amy seemed back in good spirits as she hit the red carpet in a thigh-skimming floral blazer dress.

She was also rocking her newly cropped blonde hairdo which has completed her post-show transformation.

Amy was joined at the party by dumped Islanders Elma Pazar, Lucie Donlan and Arabella Chi.

The ladies were all rocking their summer bronze following weeks of living it up in the luxury Spanish pad.

They were also joined by fellow alumi Megan Barton Hanson , who put on a very booby appearance in her revealing outfit. While Amy was mixing with her new pals at the ITV party, life went on in the Love Island villa.

In Wednesday night's episode her former 'half-boyfriend' Curtis stunned viewers by appearing to take relations with grid girl Maura to a new level on the day beds.

The pair spent a night under the stars and appeared to get very close under the covers.

Curtis was heard calling Maura a "naughty girl" before the pair could be shown moving around under the sheets.