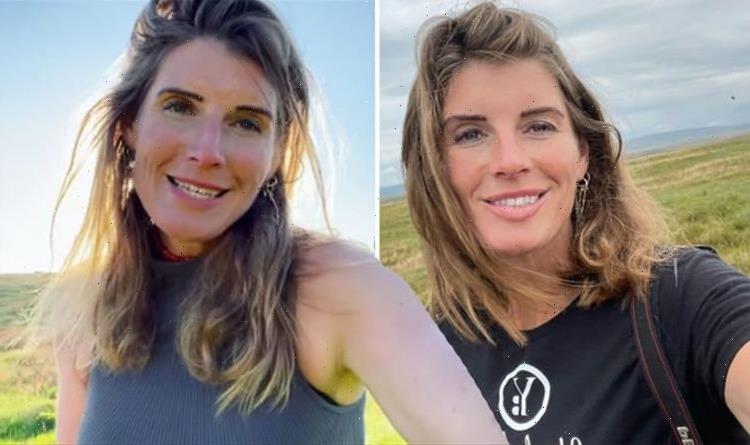 Our Yorkshire Farm star Amanda Owen, who was born in Huddersfield, gave fans an update about her antics on the farm last weekend. The 46-year-old mixed her shepherdess jargon with words only true Northerners would recognise.

“The yows now return to their heafs and the weaned lambs go into the fog (the lush regrowth of grass after being cut for hay a month ago). #yorkshire #shepherdess #sheepdo.”

Speaning is a term referred to the process of being weaned.

Amanda also used the word “yow” which is an ewe, the name of a female sheep.

Yow is said to be an antiquated dialect word used in Cumbria and the edges of the Yorkshire Dales.

Heaf is a piece of mountain pasture to which a farm animal has become heafed.

Amanda explained to her followers what she meant by her use of the word fog.

She wrote it is “the lush regrowth of grass after being cut for hay a month ago”.

One wrote: “At least I now know heafs I am in the process of reading ‘The Yorkshire Shepherdess’ very interesting read.”

A second commented: “Glad you explained that Amanda as you may as well have been talking a different language lol.”(sic

A third added: “I am learning a lot from you Amanda about sheep farming if I ever move to Yorkshire, I will be able to give you a hand.”

The shepherdess used the same language in her latest book.

Amanda wrote that her husband Clive feeding their “heaf of a sheep” every year.

She penned: “With a little thought and preparation, he is able to feed his heaf of a sheep in the shape of a heart while I watch this visually spectacular declaration of his affections from a vantage point across on the opposing hill-end.”

The couple married in 2000, five years after meeting.

Clive previously revealed he was “very taken” by Amanda when they first met.

She recently said of their relationship on the Poet Laureate Has Gone To His Shed podcast: “We just exchanged phone numbers and that was the beginning of the friendship.

“The friendship went on for four years. So yeah it was a slow burn thing.”