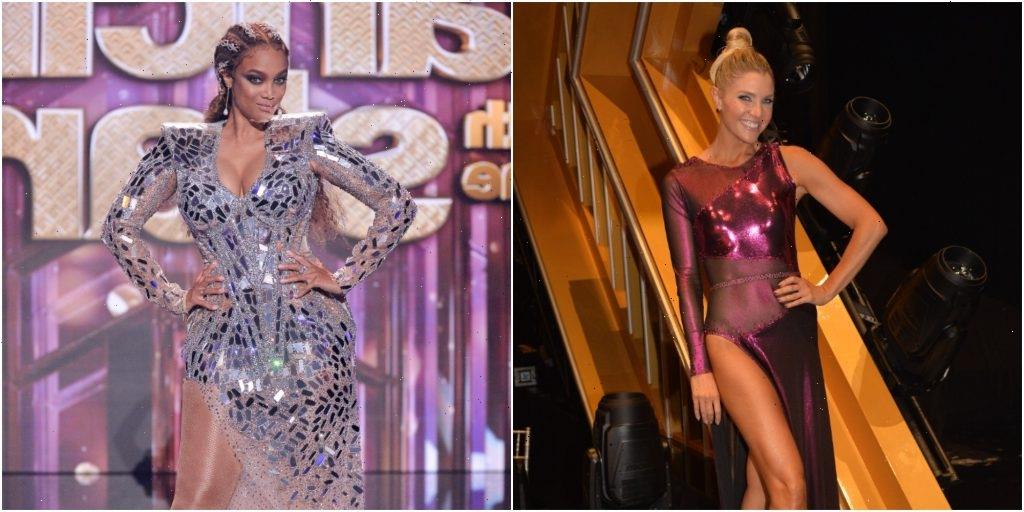 Amanda Kloots moves like Britney Spears in a new Instagram upload, but all Dancing with the Stars fans can talk about is series host Tyra Banks. During the third episode of season 3, Dancing with the Stars, celebs will honor pop music legend Spears for what the show calls “Britney Night.” Kloots, the wife of late Broadway star Nick Cordero, appears to give it her best, but viewers seemed to be more focused on Banks, continuing their plea for her to be replaced.

Amanda Kloots was once a professional dancer

For the majority of her professional career, Kloots was a dancer. She performed as part of the ensemble of several Broadway musicals. These included Good Vibrations, Follies, Young Frankenstein, and Bullets Over Broadway.

Kloots is also a former Radio City Music Hall Rockette, representing the famed theater hall as a principal dancer throughout the year and during their annual Christmas show.

Kloots showed off her Britney Spears moves on Instagram

Kloots and pro partner Alan Bersten posed for a social media photograph during rehearsals to honor their upcoming Dancing with the Stars performance.

The couple will dance to the 2008 Spears song “Circus” from the album of the same name.

According to a press release, Klotts and Bersten will perform a Cha Cha to the tune.

In an accompanying snap, Bersten played a strong man, lifting a 1000 lb. barbell.

Kloots looks slyly at the camera and holds a whip in a dance rehearsal room.

In the caption of the photo, the show wrote the following statement.

“All eyes on Amanda Kloots in the center of the dance floor!” the caption said.

However, while it appears Dancing with the Stars viewers can expect a real treat from Kloots and Bersten’s performance, some fans still could only focus on one thing, their dislike of Banks.

“They finally have Britney night, and to watch, we have to suffer through Tyra Banks,” wrote one follower.

“Bring in a co-host and slowly reduce Tyra’s screen time to zero, please!!! Those costumes!!!” penned a second Dancing with the Stars viewer.

“Not sure I can stick with the TYRA SHOW this season. Classless self-promotion I’ve watched every season with so much joy for the dancers, pro, and stars, but she makes me want to cry,” claimed a third Instagram user.

Not all fans commented on the Dancing with the Stars host. Some shared their hopes for a beautiful viewing experience for what promises to be a fun episode.

“I’m so excited to see their Cha Cha,” noted a follower.

“This is going to be amazing! My favorite team!” exclaimed another viewer.

Dancing with the Stars airs Mondays at 8 p.m. EST on ABC.