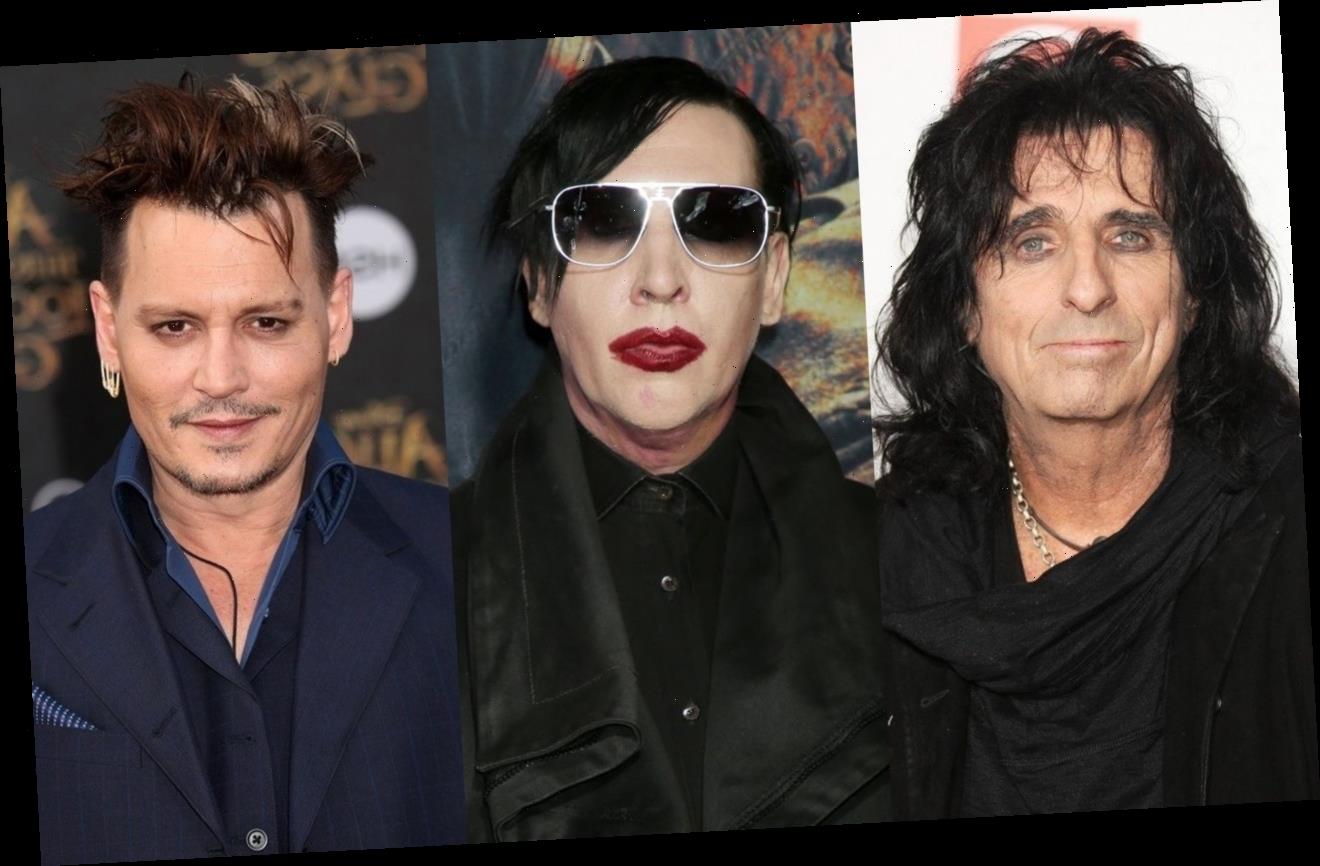 The ‘Billion Dollar Babies’ rocker admits he was caught off guard by the abuse allegations thrown against his former tour mate Marilyn Manson and best friend Johnny Depp.

AceShowbiz –Alice Cooper is taken aback by the sexual abuse allegations made against Marilyn Manson because he “never noticed” any bad behaviour by his old tour mate.

The embattled star was accused of abuse, grooming, and manipulation by ex-girlfriend Evan Rachel Wood and four other women last month (Feb21), and Cooper was blindsided by the claims.

Speaking to NME as part of the “In Conversation” series, he explained, “It’s funny about Marilyn, in that I know Marilyn – when we toured together we got along very well. I never noticed that streak in him, if it’s there.”

Likewise, Cooper is standing by his good friend and Hollywood Vampires bandmate Johnny Depp, who has been accused of domestic abuse by his ex-wife, actress Amber Heard.

“Johnny Depp and I are best friends,” Cooper shared. “I’ve never seen him lift a finger against anybody. He’s one of the most gentle people. And all of his former girlfriends and wives say the same thing.”

“So it’s really hard to believe that all of a sudden he’s gonna turn into this monster. And I know the guy – I’m with the guy on tour all the time. He’s one of the most gentle, harmless people I’ve ever met.”

Comparing the two controversies surrounding the under-fire stars, Cooper confided, “Now, I don’t know Marilyn, though, as well as I know Johnny. So what happens in the bedroom is entirely a mystery to me for what’s going on with Marilyn.”

Manson has denied the allegations made against him, insisting all of his “intimate relationships have always been entirely consensual with like-minded partners.”