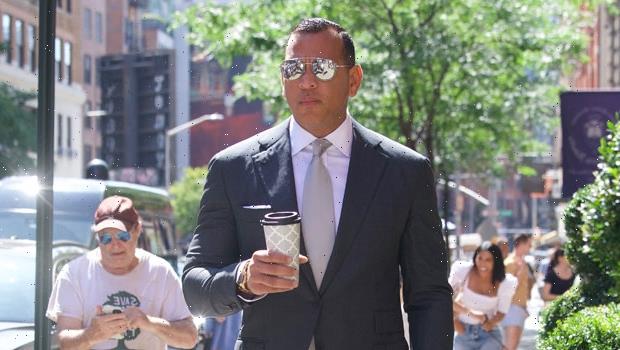 All suited up! Alex Rodriguez held onto a to-go coffee as he went for a solo walk in New York City on Aug. 15.

Alex Rodriguez, 45, stepped out for a stroll in New York City just a day after ex-fiancée Jennifer Lopez, 52, unfollowed him on Instagram. The former Yankee was dressed up in a dapper black suit and tie as he sipped on a coffee on Sunday, Aug. 15, partially hiding his face behind a silver pair of aviator glasses. The sighting marks the first sighting since the unfollow, which also included the removal of nearly every photo from her page.

Since their unexpected split in April, A-Rod has been busy living the single life. The AROD Corp. CEO was just partying it up in Las Vegas, Nevada on Aug. 14 at the exclusive Omnia nightclub inside Caesar’s Palace Resort. Alex could be seen dancing and talking to three different women in video obtained by TMZ, seemingly having a great time as he grooved to the music. 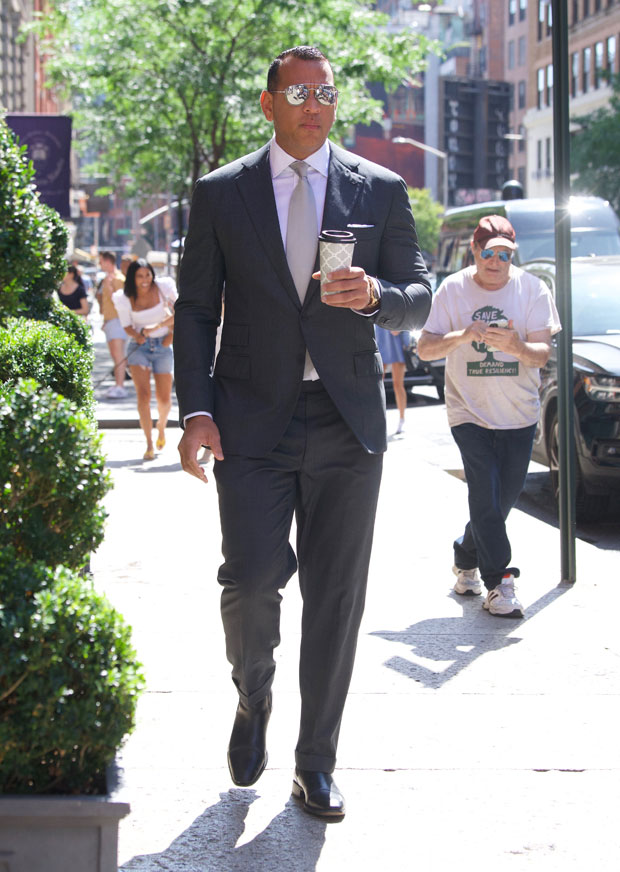 Ahead of the Vegas trip, he was also vacationing in Saint-Tropez, France with sportscaster Melanie Collins, 45. Curiously, J.Lo and rekindled beau Ben Affleck, 49, were also vacationing in the area to celebrate her 52nd birthday. At one point, Alex and J.Lo’s multi-million dollar yachts were photographed passing each other — just narrowly avoiding what could have been a very awkward run-in. Curiously, the This Is Me…Then singer’s unfollow and photo deleting spree came just a day ahead of Ben’s 49th birthday (she did, however, already go Instagram official with the Pearl Harbor actor for her birthday in July).

Jen did leave a limited amount of photos with Alex up on her page, including one that paid tribute to the late  late Kobe Bryant and his wife Vanessa as a memorial for his death, as well as a sweet family Thanksgiving snap that included her twins Max and Emme, 13, and his daughters Natasha, 16, and Ella, 13, who he shares with ex-wife Cynthia Scurtis.

As of publishing time on Aug. 15, J.Lo remains one of the 2,571 people that Alex follows on the social media platform. Alex has also seemingly left up all of their photos together, including a recent snap from their time in the Dominican Republic where she shot Shotgun Wedding, pictures from Joe Biden‘s inauguration, as well as a romantic Valentine’s Day tribute.