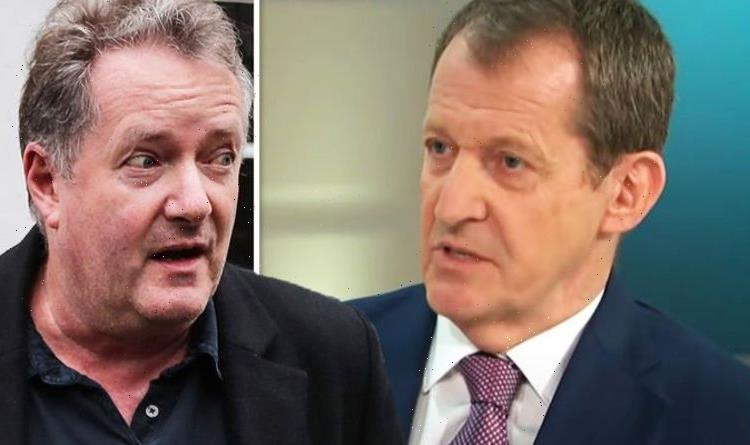 Last month it was announced that GMB talent Erron is set to join News UK Broadcasting.

It comes shortly after Piers announced that he is joining the Rupert Murdoch-owned News Corp and Fox News Media, to host a new show that will air in the US, UK and Australia.

Opening up about losing his colleague to the Life Stories star, Alastair said: “I was quite sad,” before cutting himself off.

He continued: “I completely get it, I’ve worked with him [Erron] for three different spells now and I totally get [it].

In August, Piers took to Twitter in a witty post after the series director for the programme announced his departure from the show.

In view of his 7.9 million followers, Piers wrote: “The very best TV directors thrive off unpredictability, spontaneity & flying by the seat of their pants.

“Loved working with Erron because the more I tried to trip him up, the more he enjoyed it.”

“Huge loss for @GMB,” he finished.

At the end of last month it was announced that he is expected to join the company at the end of the year in time for Piers’ new primetime show, launching in early 2022, which he will be directing.

Welcoming his old colleague, Piers penned: “I only want the very best working on my new show and after the five years we spent together on Good Morning Britain, I know Erron is the most talented TV director in the country.

“So, I’m absolutely delighted he will be joining us on this exciting new challenge.”

The writer features on the website Just Ask A Question, which sees him answer questions about his battle with depression in an interactive experience.

The platform also offers advice and experience from world leading health professionals and other well-known figures who have suffered from mental illness.

Speaking about the platform, Alastair said he answered over 150 questions about his experiences with depression.

Speaking about JAAQ, Alastair said: “It feels like you’re having a proper conversation, but your conscious mind knows who I am.

“It’s like you’re having a conversation in secret, but you can offload an awful lot of stuff and get something back.”

If you need support or advice, you can contact the Samaritans helpline by calling 116 123.

The helpline is free and open 24 hours a day every day of the year. You can also contact Samaritans by emailing [email protected]