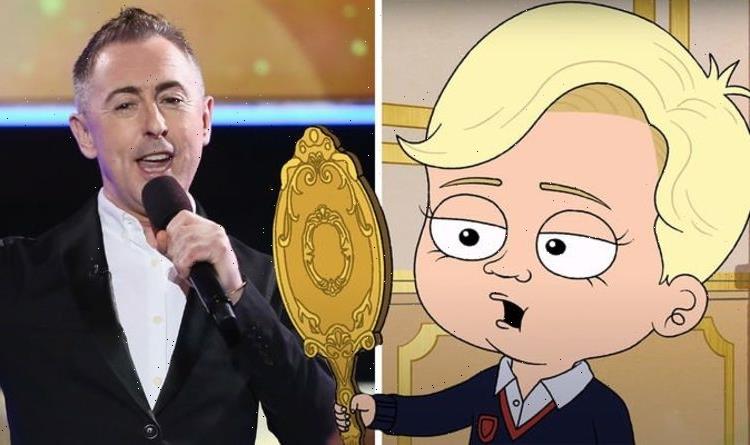 Alan Cummings, 56, has spoken out about HBO’s animated satire series The Prince, the latest comedy focusing on the Royal Family. And while numerous concerns have been raised ahead of its overnight release the actor, who voices Prince George’s butler, admitted the show is “quite tender” rather than malicious.

With the current rifts between members of the British monarchy still very much present, the series rattled quite a few cages among fans and Royal experts, and it was at the forefront of everyone’s minds how the family would react to it.

The show, created by Family Guy’s Gary Janetti, focuses on eight-year-old Prince George, who is portrayed as a spoilt snob who enjoys spreading royal gossip.

With many calling for children to be “off limits” to satire, Alan revealed he “didn’t know” if the family would see the funny side.

“If they appreciate satire, they might,” he said in a recent interview.

“It’s quite tender, actually – my character with George, it’s a really lovely relationship.

“It’s not as mean as people think,” he told The Telegraph.

He admitted there will always be “a knee-jerk reaction” whenever anything is done on the Royals, and suggested to those who have been upset by it, to “watch it”.

Each episode of the 12-part mini-series opens with a “Royal Decree” on parchment, which reads: “You are ordered to enjoy the following programme.

“But please note, all persons and events in this show are entirely fictional. Like, this isn’t really the Royal Family.

“It’s like, a parody, or whatever. And certain recent events will not be reflected in this programme because, again, not real. So, chill. That’s an order.”

But away from the TV theatrics, Alan explained he’s never met Meghan Markle or Prince Harry, but “really admires” them for making the tough decision to leave.

“I absolutely have sympathy for them,” he said, of their choice to “remove themselves from a situation which they found abusive, not just keeping their heads down and staying in ‘The Firm’ and being bullied.”